A superb first half from winger Emil Forsberg paved the way for Sweden’s 3-1 win over Armenia in their last friendly game before Euro 2020 gets under way next week.

Forsberg gave the Swedes the lead in the 16th minute with a free-kick from distance that dipped viciously, leading keeper David Yurchenko to mistime his dive as the ball bounced and flew into the net.

Forsberg also played a part Sweden’s second, whipping in a corner that Marcus Danielson headed in to make it 2-0 in the 34th minute with his third goal in nine internationals.

Given a free role from his position on the left-wing, Forsberg won a penalty just before half-time but Yurchenko got down smartly to save Sebastian Larsson’s spot-kick.

Vahan Bichakhchyan pulled a goal back for the visitors just after the hour mark, but the Swedes netted a third when Robin Quaison dinked a delightful pass to set up fellow substitute Marcus Berg to score. 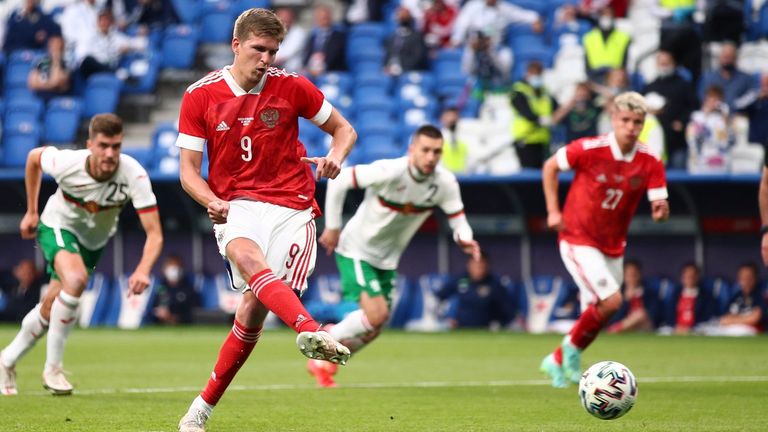 Substitute Aleksandr Sobolev’s late penalty earned Russia a 1-0 win over Bulgaria in their final warm-up friendly before the European Championship kicks off next Friday.

Captain Artem Dzyuba, on the brink of becoming Russia’s all-time top scorer, was substituted for Sobolev in the 58th minute to generate some attacking pace.

Russia dominated possession but their tepid attack struggled to break down Bulgaria’s back line. Russia missed a chance to open the scoring in the 73rd minute when defender Yuri Zhirkov’s effort was tipped away by a diving Georgiev.

Russia take on Belgium, the world’s top-ranked team, on home turf in St. Petersburg in their opening Euro match on June 12. They will also face Denmark and surprise qualifiers Finland in Group B.

Sweden kick-off their Euro 2020 campaign on June 14 with a tough opener against 2008 champions Spain; Kick-offat 8pm.

Russia begin their tournament against World Cup 2018 third-placed side Belgium, on home turf in St Petersburg on June 12; Kick-off at 8pm.