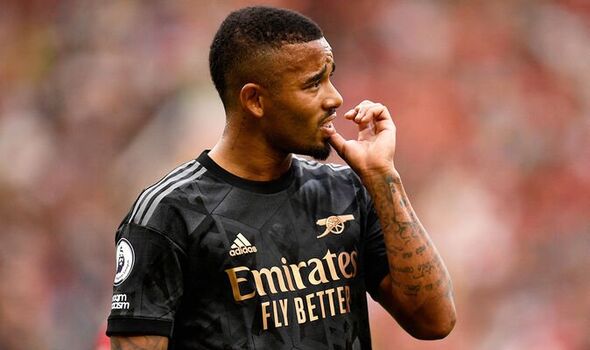 Arsenal striker Gabriel Jesus has faced his first real criticism since joining the club. Jesus has scored three goals in his first six Gunners outings but Jimmy Floyd Hasselbaink wanted more from the forward against Manchester United on Sunday.

Arsenal suffered their first defeat of the season at the hands of United. Mikel Arteta’s side still sit top of the Premier League having won their first five matches.

Jesus was a constant threat on the ball at Old Trafford. However, he didn’t have many chances himself to add to his Arsenal goal tally.

And ex-Chelsea striker Hasselbaink wants to see the Brazilian spend more time in the opposition’s 18-yard area. The Dutchman says there is a lot of pressure on Jesus to score the goals and thinks Arsenal need him to stay further up the pitch.

Hasselbaink told Sky Sports: “Good, strong but you need to score. He was magnificent but playing there outside the box, I want my number nine to get in the box and put the ball in the back of the net.

“They’re going to need more than Saka scoring double figures, he [Jesus] needs to get on the end of things, others need to create for him, he needs to score. He’s a number nine.

“If I’m a number nine, I want players to create from here and there, I can give you a ball and shape you up. He’s come to Arsenal to score goals.

“He can drop in at times in the midfield but he needs to arrive in the box. Who’s going to have chances? Martinelli? Martinelli was out of the game after he had his little spell in the first 20 minutes.” 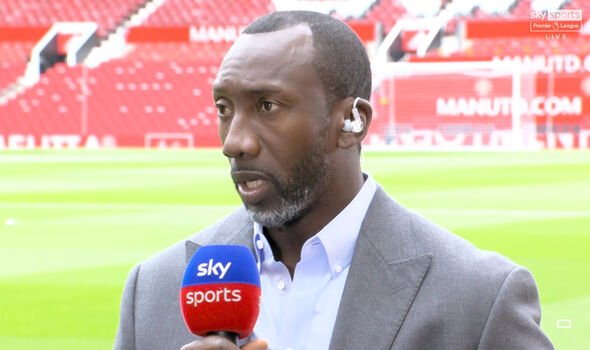 Ahead of the match, Hasselbaink doubted Jesus’ goalscoring credentials. He said: “He’s come in [and scored] three goals, made chances, made others around him play better.

“I’m still not convinced he will be 20 goals a season because if he was that then why did he not do that at Man City in a better team? I think he had enough opportunities [at Man City].

“He’s got three goals in five matches – which is brilliant – but you expect him to score more goals.”

To watch Arsenal’s All or Nothing documentary for free, sign up for a 30-day Amazon Prime trial here