Gabriel Jesus has given an update on the timescale of his return, telling Khabib Nurmagomedov that he expects to be back in around four of five weeks time.

Jesus was watching from a box as Arsenal continued their title push with a 3-2 victory over Manchester United.

UFC icon Nurmagomedov was in the box next door and the two met for a chat at half-time. 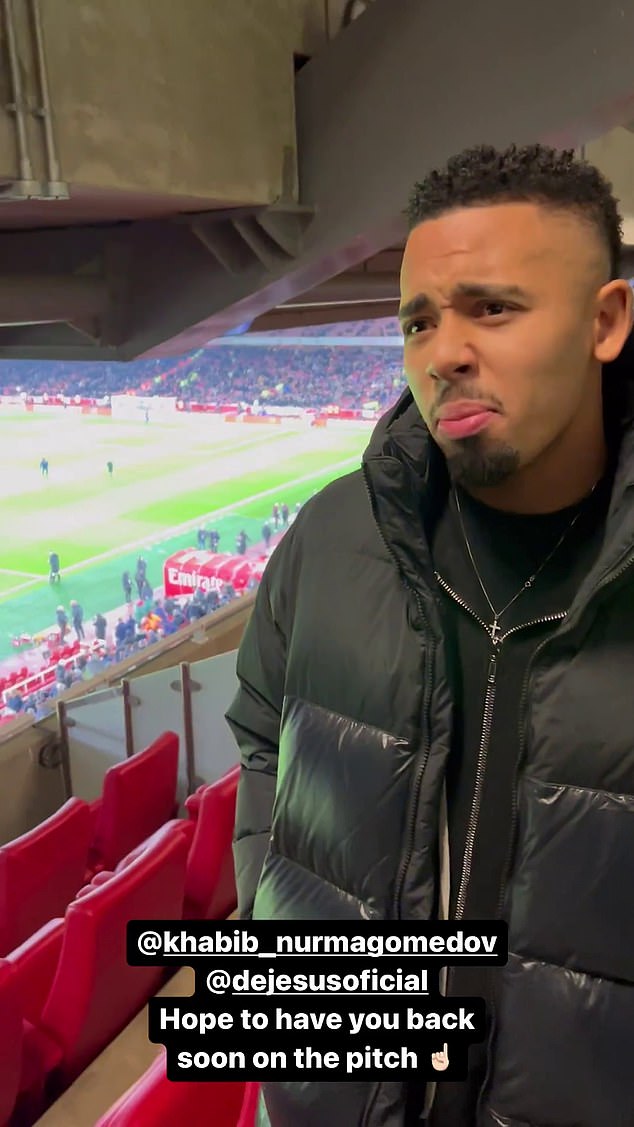 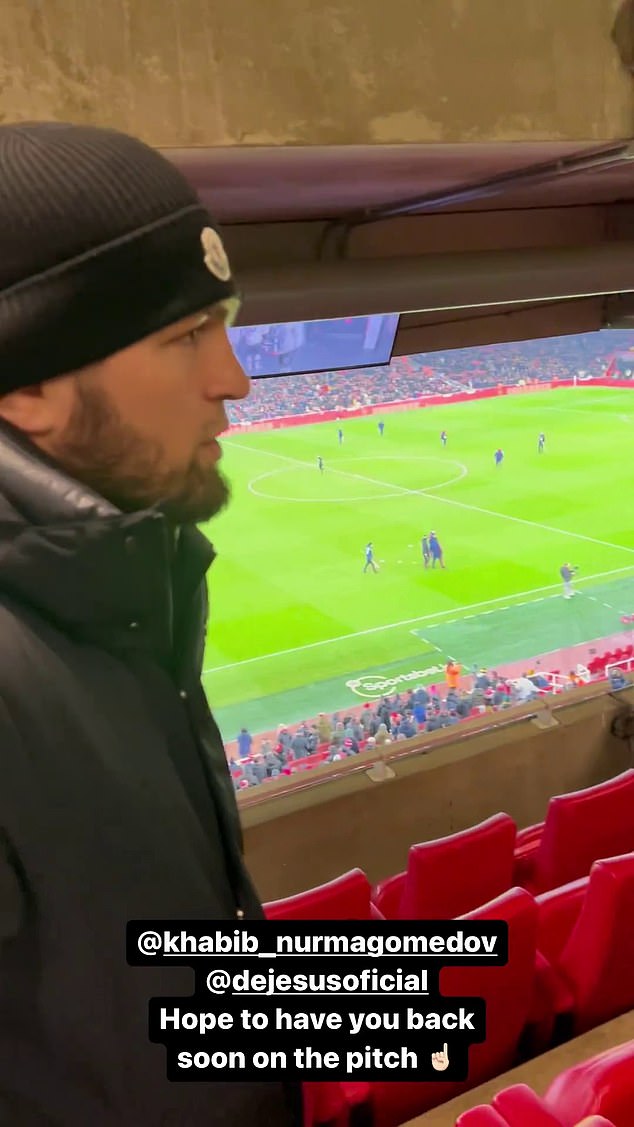 His return date has been a question on the minds of all Arsenal fans with Mikel Arteta keeping his cards close to his chest.

However, he told Nurmagomedov that he should be back sooner than expected. 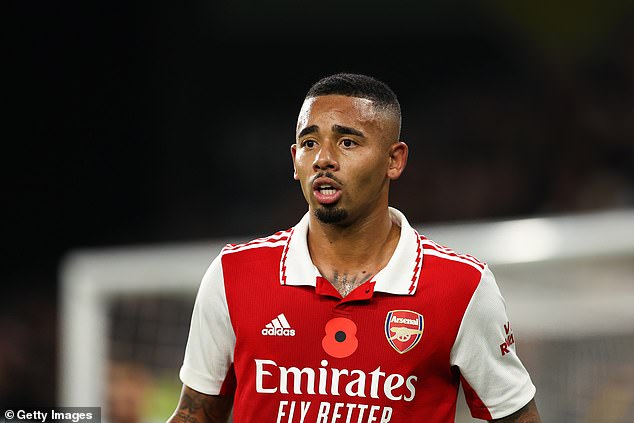 ‘Maybe four or five weeks more I come back,’ he told the Dagestani.

Eddie Nketiah has done a superb job in his absence but there is no doubt the return of Jesus would be a huge boost in the business end of the season.

Nketiah scored twice in the victory over United, including the last-gasp winner, to extend his tally this season to nine goals in all competitions this season.

The Gunners travel to City in the fourth round of the FA Cup on Friday night.