Manchester United’s pursuit of Cody Gakpo may have inadvertently led manager Erik ten Hag towards one of the Eredivisie’s brightest young talents. Xavi Simons has taken the division by storm since a surprise move from Paris Saint-Germain to PSV Eindhoven this summer and the details of his contract could make January a hugely important month.

United supposedly viewed Gakpo as an alternative option to Antony this summer, but Ten Hag was adamant about paying up for the Brazilian. That left Gakpo with a late decision to make and, despite interest from Southampton and Leeds, he opted to stay with PSV.

Things seem to be going pretty well for the 23-year-old, having scored six of PSV’s 22 league goals after just four matches. The same can be said for Gakpo’s team-mate, Simons, who has burst onto the scene with six goals and two assists in the same four outings.

The 19-year-old was yet to notch a senior goal until July 30 but is taking the challenge of senior football in his stride. Simons was labelled with true wonderkid status during his rise through the ranks in Barcelona’s famous La Masia academy, which he ditched for PSG in 2019. 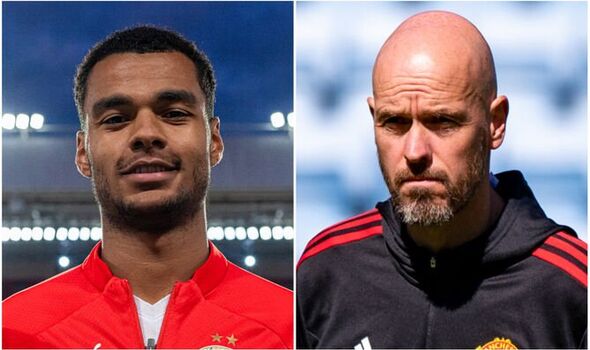 Despite the excitement around his progress, Simons was limited to just 11 first-team appearances in the French capital with the likes of Jude Bellingham and Gavi playing regularly elsewhere. He joined PSV this summer in a surprise permanent deal after putting regular action at the top of his priority list.

PSG supposedly retain the option to buy him back at the end of the season for a meagre £3.5million, but the door could be left open to anyone who tables an enticing bid in January. United may not get another chance to swoop if he returns to France, with news of his lightning start sure to raise eyebrows among Europe’s top clubs.

Simons, whose father named him after Barcelona legend Xavi, had significant publicity as a youngster while captaining Barcelona’s prestigious youth teams. He is capped all the way up to Netherlands U19 level but could take on even more international responsibility if his scoring touch continues in the Eredivisie.

It remains to be seen how the teenager feels about the prospect of returning to PSG but the likes of Kylian Mbappe, Neymar and Lionel Messi would make his route into the first team extremely tricky. United could also call on PSV boss Ruud van Nistelrooy for a favour with the Dutchman still hailed as a hero on the terraces at Old Trafford. 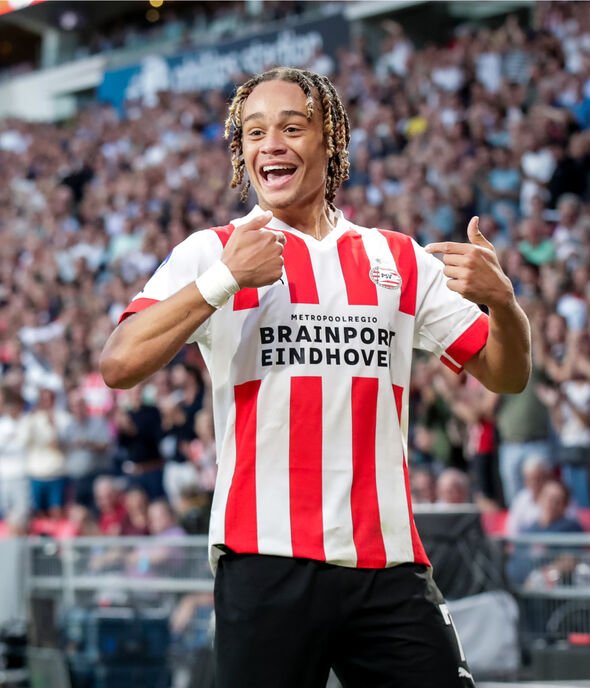 Ten Hag has shown a strong tendency towards signing Eredivisie players this summer. A huge £84m move for Antony came after Lisandro Martinez was also poached from Ajax, while Tyrell Malacia and Christian Eriksen also have connections to Dutch football.

Despite the Red Devils’ wealth of options out wide and in attacking midfield, they may be wise to strike while they can with Simons making himself difficult to ignore.