Gareth Southgate defended his decision to experiment with Trent Alexander-Arnold as a midfielder – but accepted the Liverpool star was ‘happier’ after a second half switch to right-back.

Alexander-Arnold started the 4-0 win against Andorra alongside Jordan Henderson and Jude Bellingham, but was moved to right-back after the interval having struggled to make an impact.

Southgate insisted there were positives to be taken from the initial choice and stressed it was the perfect opportunity – against opponents who were never going to cause England problems – to try something new. 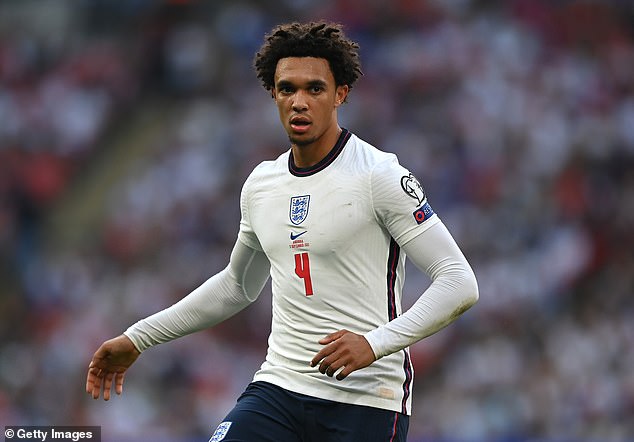 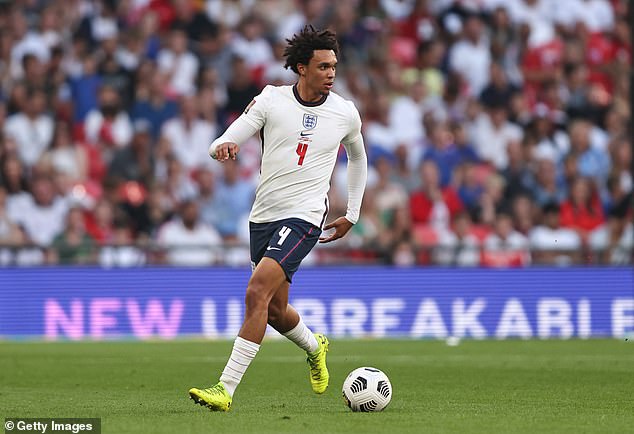 The England manager said: ‘We wanted to see something and we felt this was a good game to look at it. Clearly in the second half he has been in more of those positions where he felt more comfortable.

‘Even though a lot of the time it was the same positions he was in in the first half but just he’s coming onto things, he looked happier in that position. That was clear so I think his play with the ball exhibited that happiness. We know he has outstanding quality with the ball and of course he finds himself in those positions with Liverpool. 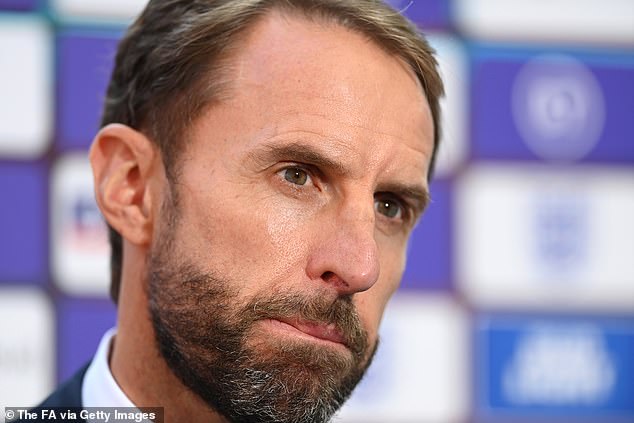