The England manager’s job used to be known as the impossible job. Three semi-finals in three years for Gareth Southgate does not make it sound quite so tricky.

After the World Cup and the Nations League, England added the Euros to their collection on Saturday night with a domineering performance which threatens something much bigger.

For Southgate it was a dream night when, from the selection to the substitutions, everything he touched turned to gold.

But maybe more important was the tone he set after the emotional outpouring which greeted the win over Germany on Tuesday.

The big question mark against Ukraine so soon after was whether England would have been able to moor themselves back to reality so quickly but in a massive quarter-final they mimicked the calm authority of their manager.

England were serene on a sweaty night in Rome. In the conditions the suit and tie was a gamble on Southgate’s part but he carried it off. He is England’s Mr Cool after all. 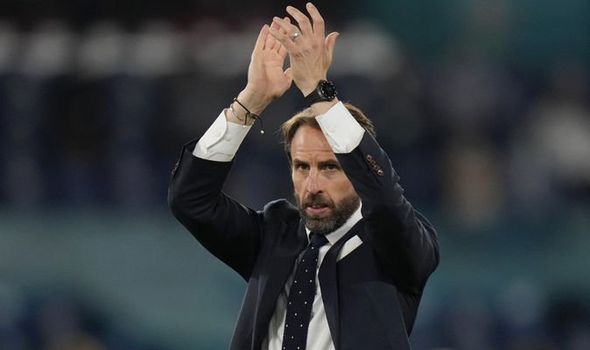 Harry Kane’s early goal was the perfect settler, his second after Harry Maguire’s header the thudding poison dart into Ukrainian hearts, Jordan Henderson’s goal from the bench an unlikely bonus.

Not surprisingly, the FA want to tie Southgate down beyond the end of is current contract which stretches to the 2022 World Cup. He may be understandably popular with his employers but he has shown at this tournament he is no populist.

The structure of England the side, maintained but with a Sancho twist, reflected a manager happy in his own skin and content to go his own way.

Southgate’s softly-spoken nature and his measured analysis give off an impression of a gentle soul but, to a man, those who have played and worked with him speak of his steel core. He knows his own mind.

He consults, particularly with Steve Holland his assistant, but in the end this is his England team. 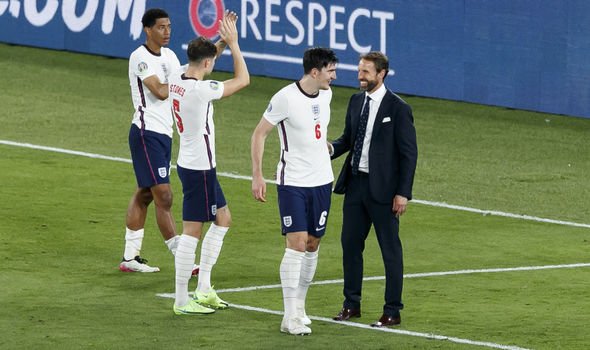 It may have been covering over England’s weaknesses rather than playing to their strengths but it is his train set and he sets it up how he likes.

It might have made for less earache for Southgate if he had chosen more flair players but the responsibility of the job means he would have been a fool unto himself if he had allowed himself to blow with the wind.

When England play at a tournament like this – even during Wimbledon, the Tour de France and a Lions tour – it is the only sporting show in town and the scrutiny on his decisions is intense. He cannot make them by public vote.

He may have been conservative in his game plan at these Euros but he has been bold in his decision-making. He has gone out on a limb with some of his calls. 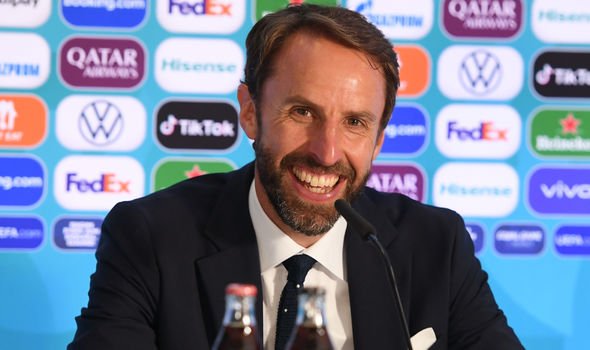 Picking Kieran Trippier at left-back for the opening game against Croatia seemed strange given England had specialists in Luke Shaw and Ben Chilwell at their disposal. Bukayo Saka’s call-up against Germany was left-field too. Yet both worked.

Sticking with Raheem Sterling when he was out of form at Manchester City also flew in the face of logic. Yet that worked too.

Saturday night’s rabbit out of the hand was the inclusion of Sancho. Invisible bar a late six-minute substitute appearance against the Czech Republic in the dead-rubber group game, he was handed his chance in Rome by Southgate who also reverted to a four-man back four.

Sancho was installed down the right, offering Kyle Walker the touchline to stretch the yellow defensive wall of Ukraine but he was given the freedom to roam too. He did so to hugely positive effect.

It was another example of the clarity of Southgate’s thinking. Within his framework, he has shown flexibility in devising a clear plan and selection for each game.

Of course a manager’s tactics and twiddles can only have so much influence, the rest is down to the players and England’s players did the job ruthlessly on their road trip to Rome.