Gary Neville has once again defended his decision to attend the World Cup despite ‘detesting’ the human rights abuses of hosts Qatar.

The pundit has been very outspoken on the poor conditions for and deaths of migrant workers building the competition infrastructure, the lack of women’s rights and the egregious human rights record of the Middle Eastern country.

Neville, who is working for Qatari broadcaster beIN SPORTS in Qatar, has been accused of hypocrisy – but insists he ‘does not feel conflicted’ about going to the tournament. 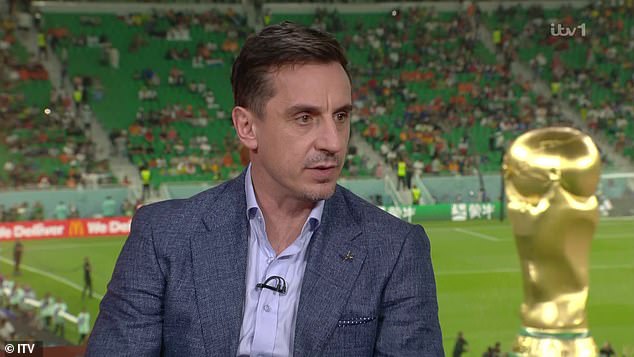 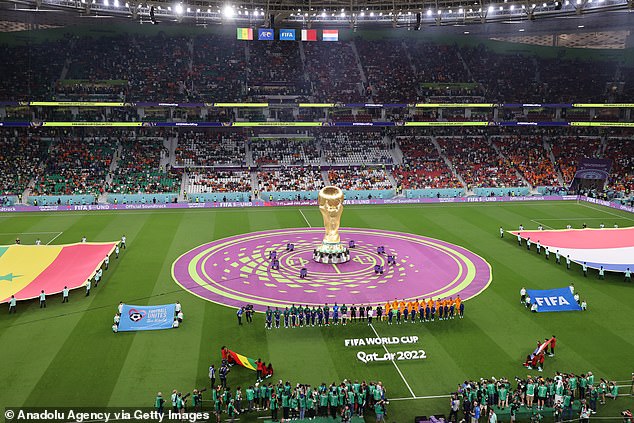 The pundit, 47, has been very outspoken on the poor conditions for migrant workers, the lack of women’s rights and the egregious human rights record of the Middle Eastern country

He said: ‘I don’t feel conflicted… in the last few weeks that’s come under huge scrutiny. I accept that position because I’m there to be shot at, and people have criticised me heavily as well as our colleagues over on the BBC who were yesterday. 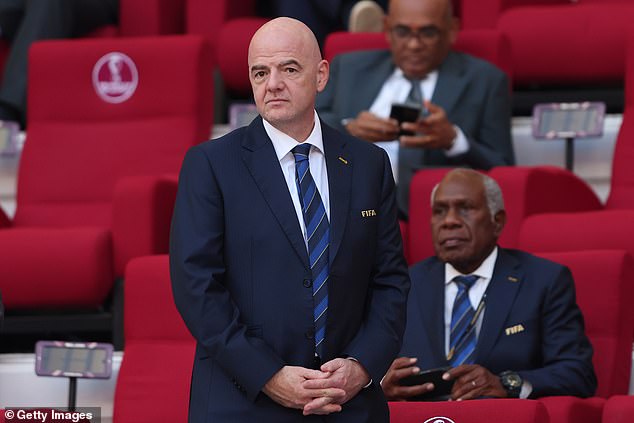 ‘You think our government and political parties have relationships with the Middle East. They own London Heathrow airport, they own the London stock exchange. It’s football that’s brought the scrutiny. And football tournaments that have brought the scrutiny on issues that exist in these parts of the world.’

Neville, 47, claimed England manager Gareth Southgate and his Three Lions coaching staff should wear the ‘OneLove’ rainbow armband showing support for gay people after captain Harry Kane and Co were forced to back down on wearing it.

Football’s governing body FIFA on Monday made a U-turn, suddenly insisting skippers like Kane would receive a yellow card for wearing the band during the match – in a mockery of their supposedly equal, neutral stance in the tournament.