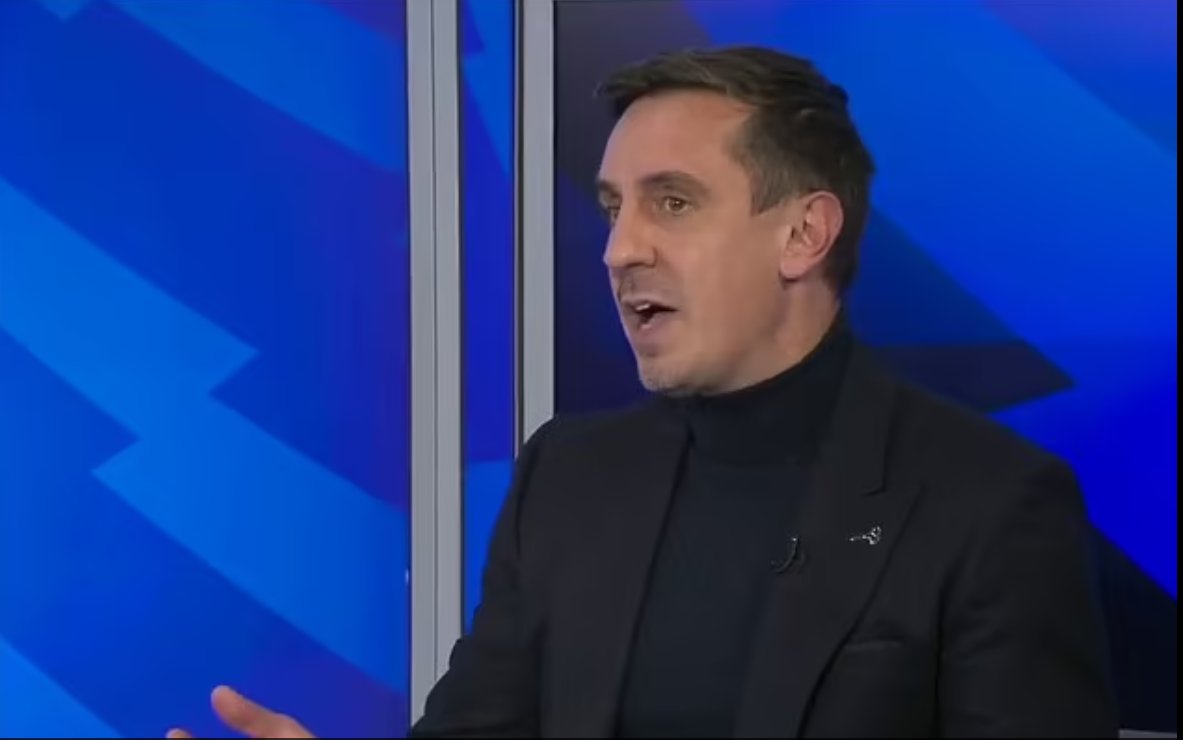 Gary Neville has maintained his stance that Arsenal won’t win the Premier League this season, despite their victory against Manchester United.

The Gunners went five points clear at the top of the table with a dramatic last-gasp win against the Red Devils.

The victory ended United’s slim hopes of mounting a title challenge and ensured Arsenal reached the halfway stage of the season on 50 points.

Despite losing just once this term, Neville’s repeatedly conveyed his belief that the Gunners will miss out on the title.

Arsenal have beaten Tottenham and United in their last two fixtures and they have a game in hand on City.

But Neville says City are capable of putting together a ‘special run’ and will eventually overtake Arsenal.

‘I don’t see [Arsenal] going on to win the league,’ Neville said.

‘I think City will go on to win the league. I think what they have got in them is a special run, Manchester City.

‘I think at a point in the season Arsenal will lose one or two matches and City will be right on their shoulders, and it will become very difficult for them

‘Arsenal could win the league and I thought they would be nowhere near winning the league, I can’t believe they are in the chat.

‘The fact they are in the chat is incredible, it is not a negative thing for me to say City will win the league, but I think City will hunt them down.

‘They are in with a shout and that’s unbelievable for Mikel Arteta. I was worried about him at the end of last season, I thought it could be difficult for him.’