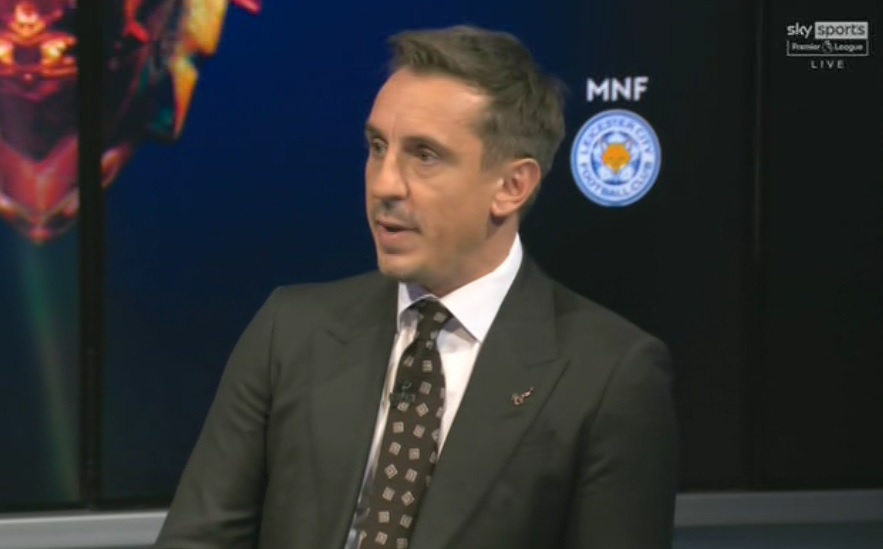 Gary Neville has urged Manchester United to sign Harry Kane before the transfer deadline and believes Anthony Martial, Daniel James and Jesse Lingard should be sold in order to fund a move for the Tottenham striker.

United have significantly bolstered their squad this summer by signing Jadon Sancho from Borussia Dortmund and Raphael Varane from Real Madrid.

Kane, meanwhile, is keen to complete a move to Manchester City before the transfer window closes. However, Tottenham chairman Daniel Levy is understood to intent on keeping the striker even if a £150 million offer is received this week.

But Neville has called on United to test Tottenham’s resolve with an offer for Kane as he believes Ole Gunnar Solskjaer’s side are still short in the Premier League title race without a leading striker.

Asked if he feels the arrivals of Sancho and Varane will be enough for United to win the title, Neville said on Sky Sports: ‘My gut feeling is no – they won’t have the same impact on Manchester United as Van Dijk and Alisson [at Liverpool] to get them up to 90-95 points they will need to win the league the league. I think they will still be short.

‘Chelsea we’ve seen what they’ve done with [Romelu] Lukaku, we’ve seen that Van Dijk has come back for Liverpool, we know Manchester City are in for [Jack] Grealish and Kane. If they get Kane I think there’s a massive problem for United.

‘Sancho’s £70 million was last year’s money. And I think with regards to Manchester United, they’ve always gone after the best player in the Premier League, the best English player, the best British player historically.

‘Why is Martial, James, Lingard… you’re talking about potentially offloading a lot of wages there, potentially getting some transfer fees in.

‘Why are they not going in for Harry Kane this week?

‘Because if I think Harry Kane entered Manchester United you could get up to 90-95 points, without him [they won’t].

‘They’re still going to have to replace [Edinson] Cavani and Martial next summer. Martial’s not going to do it, Cavani has only got one year left [on his contract].

‘They’re going to have to buy a centre forward at some point. Why not get the man now and give Ole that impetus to get to that 90-point [target]. I don’t think they can with just Sancho and Varane.

‘Manchester United will lose Martial and Cavani in the next 12 months, they’ll only have Mason Greenwood as a centre forward, [Marcus] Rashford [is best] on the left.

‘I think Manchester United will need a centre forward in the next 12 months, the guy is available now if you pay £150m.

‘You’ve got Martial, James, Mata and Lingard who I think, to be fair, we could do without them at the club.

‘I personally think Kane coming in [to United] would be a differentiator.’