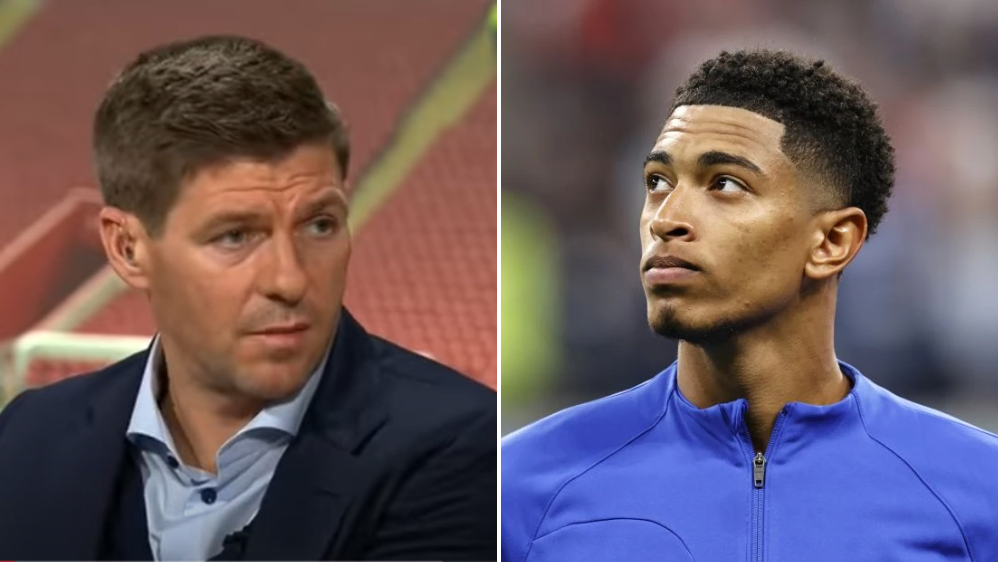 The Reds are one of a number of clubs interested in signing Bellingham, who is expected to be sold by Dortmund next summer.

Gerrard is a huge admirer of Bellingham and believes he would be a huge addition for Liverpool, who are prepared to spend big on a midfielder.

Bellingham, 19, has impressed in the Bundesliga and Champions League for Borussia Dortmund and become a mainstay in the England team, impressing at the recent Qatar World Cup.

‘Right now the obvious one is Jude Bellingham on the back of the World Cup and what he’s doing at Dortmund,’ Gerrard told BT Sport when asked which midfielder he wants Liverpool to sign.

‘The way he comes across, the way he speaks about the game, every time I watch him he impresses me.

‘He’s the obvious one because I do think that Hendo [Jordan Henderson] is adapting his game, covering Trent [Alexander-Arndold] on that right side.

‘Thiago is more of a footballer and Fabinho stays deeper, so Liverpool lack that running No. 8 who can arrive in the box. Bellingham has got that power, that burst, that step aside who can leave someone for dead.

‘He ticks all those boxes but it’s important we don’t become obsessed with one midfielder. It’s Liverpool Football Club, everyone around the world knows that Liverpool will be looking and scouting for midfielders.’

Asked whether Bellingham could be put off by Liverpool’s current struggles – Jurgen Klopp’s side are just ninth ahead of Saturday’s clash with Chelsea – Gerrard responded: ‘The timing of your question is not fair because we’re down in the middle of the table right now.

‘But I’m sure Jude’s bright enough to realise that Liverpool have got one of the best five managers in the world and they’ve got fabulous record of developing players.

‘I want him! All he needs to do is send his diary and let me know when he’s got a free day. I’ll fly to Dortmund personally and take him out for a nice dinner and we’ll talk about it!’

Real Madrid have also been linked with a sensational move for Bellingham but Gerrard believes the England star should join a Premier League club.

He added: ‘I think it’s important he stays in this country, you talk about Madrid, Barcelona and Bayern, I know he’s doing it at Dortmund now but they are bigger clubs that you could get swallowed up by if you go their too soon.

‘In my opinion, coming back to England where he can evolve to a certain age is very important right now.’