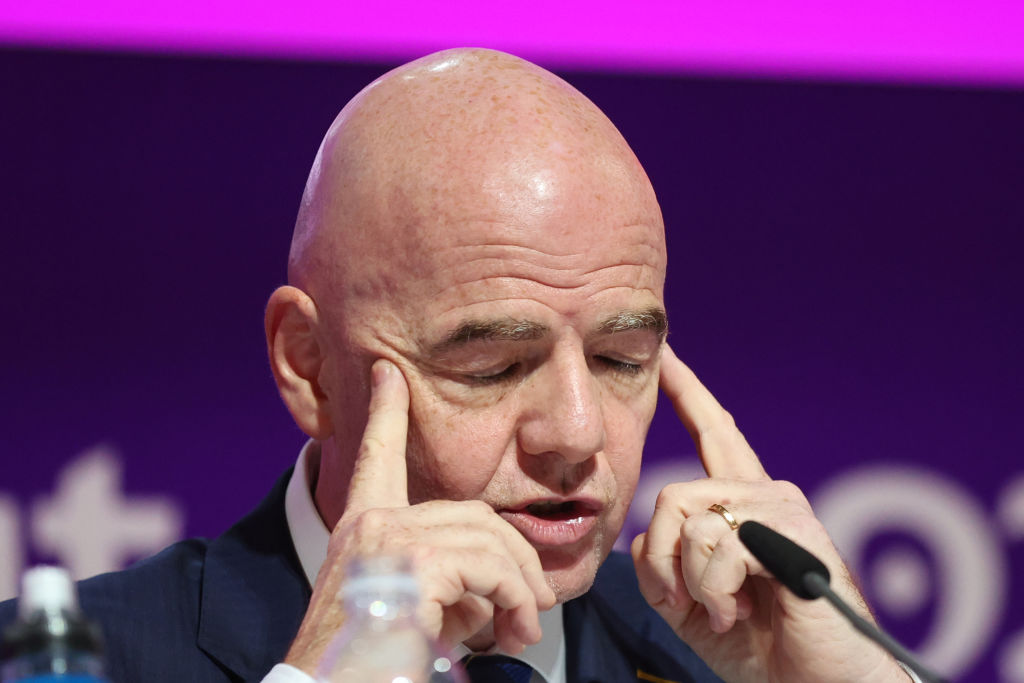 FIFA president has Gianno Infantino backed Qatar’s decision to perform a late U-turn and ban the sale of alcohol inside stadiums hosting matches at the World Cup.

In a bizarre speech given to the world’s media ahead of Sunday’s big kick-off, Infantino refused to criticise the host nation despite a late change of policy which has angered fans who have spent thousands of pounds to attend games.

Alcohol will now only be available in designated fan zones with FIFA forced into holding crisis talks with official partner Budweiser who agreed a £63million partnership deal with the world governing body.

Despite Qatar reneging on a long-standing agreement, Infantino refused to show any sympathy for supporters who feel they have been shortchanged.

He said: ‘Every decision we take at this World Cup is a joint decision between Qatar and FIFA.

‘I think personally if for three hours a day, you cannot drink a beer, you will survive.’

‘What we Europeans have been doing for the past 3,000 years, we should be apologizing for the next 3,000 years before we start giving moral lessons to people.’

Infantino also hit out at criticism of Qatar from Europe and urged the focus to remain on football ahead of Sunday’s opening game between the hosts and Ecuador.