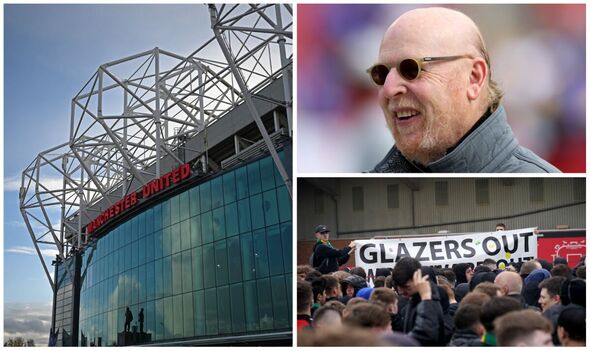 Manchester United fans’ hopes of welcoming new owners or investors have been hit by a fresh blow after the Glazers reportedly refused to budge from their asking price for the club. The American family are said to value the club at £6billion, which has priced out prospective buyers from making an offer, sparking fears that a takeover might not materialise.

The Glazers, who took control of the club in 2005 in a £790million deal, have proved unpopular with fans due to their financial management of the club. Their bid was packaged by way of a leveraged buyout, which entailed a significant amount of borrowed money used to fund the company’s bid, with the loan debt secured against the club.

There have been persistent protests from furious United fans over their handling of matters, including the breakaway European Super League in 2021. But last year, it emerged that co-owners Joel and Avram Glazer had finally agreed to listen to offers concerning the sale of the Red Devils.

However, the Daily Mail report they are unlikely to budge from their £6bn asking price and that has put off investors from the United States and the Middle East in pursuing a potential bid. Given that renovations have been put forward for Old Trafford, which may cost up to £1bn in itself, the asking price is viewed as unrealistic given the club’s position in the world.

Sir Jim Ratcliffe’s company Ineos have formally registered an interest, but it is unlikely the Briton would recommend paying £6bn for the club in its current state.

According to the Deloitte Money League, United have the fourth-highest annual turnover in the world at £600m but are some way behind Liverpool, who could be sold for around £3bn – half the price that the Glazers are demanding.

Such a fee, if paid, would be a world-record amount paid to take control of a sporting franchise and would dwarf the £4.25bn commitment made by Todd Boehly and Clearlake Capital when they completed a takeover of Chelsea from Roman Abramovich in May 2022.

Boehly’s consortium agreed to pay £2.5bn for the controlling stake in the west London club alongside a commitment of £1.75bn in transfers, the women’s team and a new stadium. So far, the American billionaire has spent nearly £500m in transfer fees alone. United fans can only dream of such a scenario after seeing a lack of investment from the Glazers.

Investment banking firm Raine, who handled the Chelsea takeover selection process, are said to be lining up other potential suitors but there is a limited number of investors who are willing to come forward.

The bidding process has not yet begun, so there is still time for consortiums to enter the running. But should there be no satisfactory offer made, the report adds the Glazers are ‘open’ to remaining in control while they search for a buyer.