Home » Soccer » GRAEME SOUNESS: England should go for it against Iran

GRAEME SOUNESS: Gareth Southgate should let the dogs off the leash and go for Iran… a good start would give England a fabulous chance to build an ‘us against the world’ mentality in Qatar

Every possible outcome from England’s opening World Cup game on Monday presents a challenge. If the team draw, it will be seen as a disaster. If they lose, good luck with that. If they win, football’s coming home.

There really are unique challenges attached to the job of England manager.

I’ve been amazed and mystified in equal amounts during my years around English football about the amount of unnecessary criticism that a succession of England managers have experienced and it has been no different in the past few months. 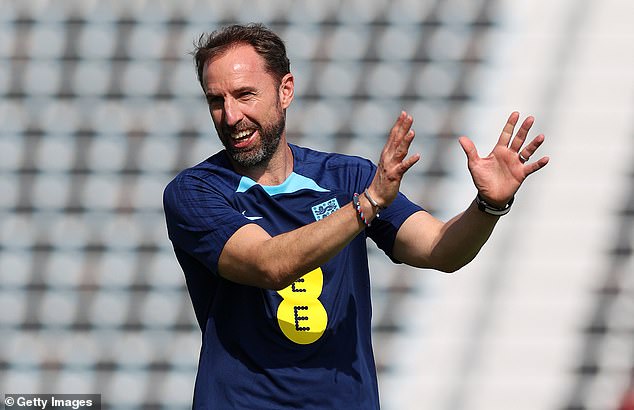 Let’s be fair, they’ve not played terribly exciting stuff in the last few tournaments. But they’ve got to a final and a semi-final. It’s a time for optimism, tempered with a large dose of realism.

Keeping a lid on expectations is extremely hard when you’re England manager. All that ridiculous ‘it’s coming home’ stuff doesn’t help. That song has never done them any favours.

It is more difficult than ever to shut the expectation off from the players because of social media and the internet and the way football is reported now. And for the same reasons, they will be getting it in the neck twice as much if they don’t do well. All part of the down-side of being in the game today. Keeping them off the internet seems like a good idea to me. Easier said than done, I’m sure.

The largest dose of over-expectation was our Scotland team in the 1978 World Cup, with the manager Ally MacLeod telling everyone we were going to go over there to Argentina to win it.

The trip was a disaster. There was the terrible organisation by the Scottish FA and our ‘luxury’ hotel — the Sierras, in the city of Alta Gracia — where the swimming pool lacked a rather essential ingredient. Water.

Then Willie Johnston was sent home after failing a drugs test. The Scottish press sent news journalists over, hoping for their own headlines. We gave them their copy on a silver platter. 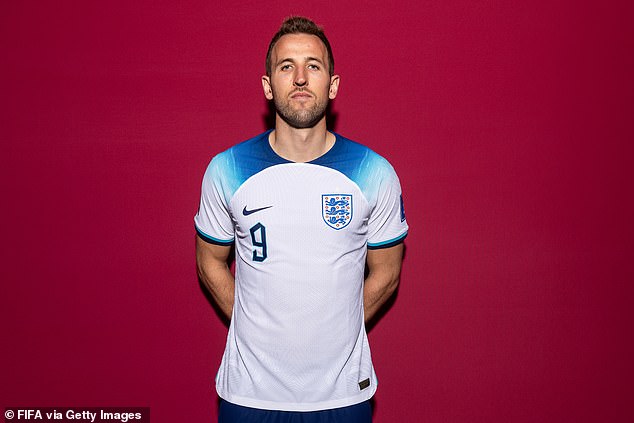 England need to make a fast start, and will be hoping Harry Kane is firing on all cylinders

The world has changed since then. The England and Wales players won’t be exposed to any of those situations. But the dynamics of a four-team group have not changed. We played Iran, just as England will, but it was the 3-1 opening defeat by Peru in Cordoba — a game we should have won — which affected everything for us.

To then draw 1-1 with Iran was a disaster. I remember supporters giving us dog’s abuse. They had travelled so far to see us but I’ll never forget how they screamed obscenities at us, from a ramp overlooking the team coach.

We were out then really, unless there was a ridiculous result against Holland, which we nearly achieved when we beat them 3-2, the game I started in. But the damage was done in that crucial first game. Starting with a win makes so much difference.

For Gareth and England, every single one of these games is fraught with danger. Iran: a fit motivated team playing with a particular pressure given the politics of their country and with players who will see this as a shop window.

The USA: organised and fit, fearless of England. A fantastic attitude with some very good players. Wales: spirited, with an absolute superstar who on his day will score goals and punish you. If Gareth Bale has one of those games it spells danger, with big, red flashing lights. In fact, there are big, red flashing lights everywhere. The worst case scenarios will have given Gareth some sleepless nights.

He is a deeply pragmatic man and I think it’s most likely that he will start with two holding midfielders against Iran. He may feel that problems surrounding the central defenders create a need to give more protection. Harry Maguire has had an indifferent season out of the Manchester United team, Eric Dier has not been at his best and there will be no Kyle Walker on Monday. 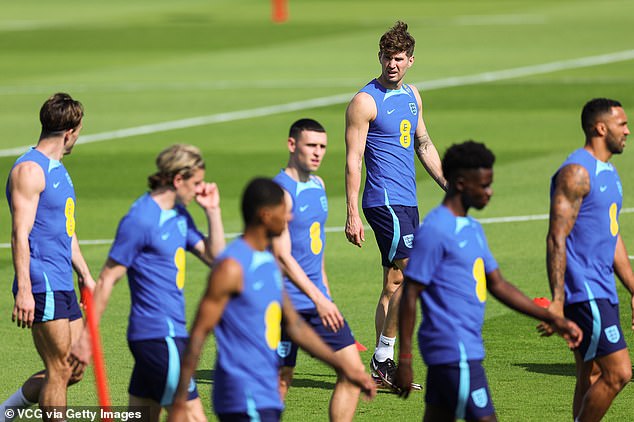 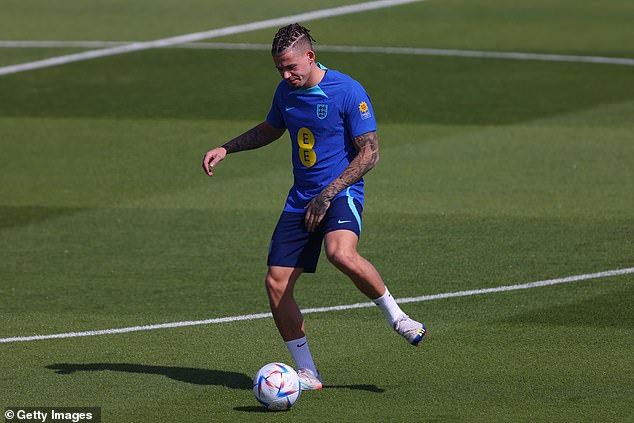 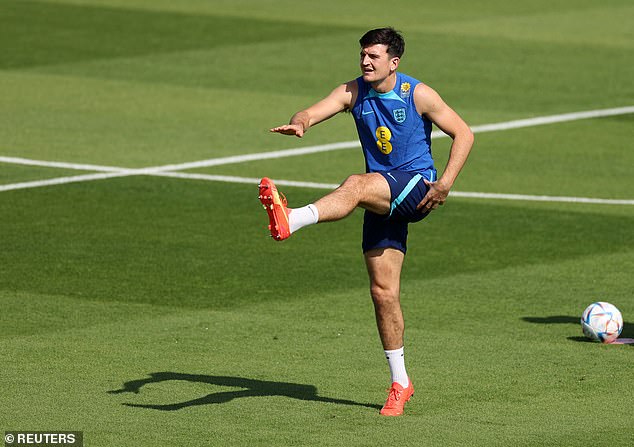 Harry Maguire has struggled this term, but Southgate should resist the temptation to play another holding midfielder to protect the defence

Personally, I would let the dogs off the leash and go for Iran. Do they really need two holding players in that game? I don’t think so. Kalvin Phillips has played next to no football and England have more than enough to beat their first opponents.

There must be a bang-on attitude from the first minute and a modicum of caution. As Joe Fagan would say to me on big European occasions at Liverpool: ‘You’ll have a good look tonight, lad, won’t you?’ But if England don’t get off to a flyer in this first game, two things will happen: they’ll get enormous criticism and the pressure will become colossal.

I certainly don’t buy this idea that coming straight from the middle of the season is a problem. They have gone from one focus — winning games for their clubs — to England, so they’ve not had that two or three weeks to ponder and dwell on things.

As this has never happened before at a World Cup, we are second-guessing everything. But if I had played for my country the day or a month after a Premier League game, I would like to hope my attitude would have been exactly the same.

The heat has been greater than expected in Doha this week. Again, no problem. We’re constantly having it rammed down our throats that they are better athletes today than ever. Their diets are better. They’ve got an army of sports scientists. I come back to the argument that you can put a monitor on every part of your body except your brain. A few degrees hotter than expected shouldn’t affect them and I don’t think anyone can be using that as an excuse for not performing. 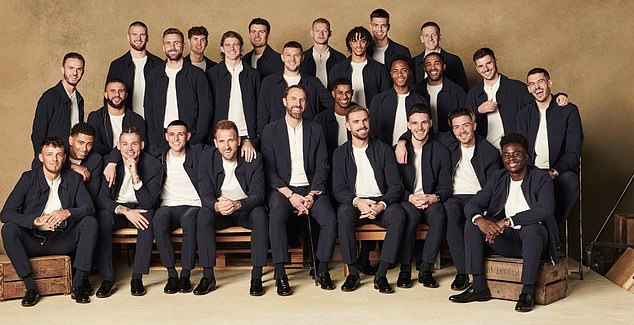 England have a fabulous chance here to build an ‘us against the world’ mentality, in the same way that Sir Alex Ferguson did at Manchester United and Aberdeen before that.

They are out of the country. They can have as much isolation as they choose. They can even ignore the internet if they wish. It’s just about them and what they do.

They can also reflect on what they have done. The great achievements of the past four years. These are players who will think they can go all the way and win it given how far they got in the last two major tournaments. They should be full of confidence.

Messi in the final is written in the stars

Gareth Bale’s lack of game time in Los Angeles definitely ought to make a difference to his contribution for Wales. But there’s no guarantee you won’t get the best version of Bale and the optimal performance from him, especially when Wales play England.

It’s a bit like Argentina, who will be a different team if the best version of Lionel Messi turns up, which in his last World Cup I suspect will happen. If Messi gets Argentina to the final, by the way, it will be his 1,000th game.

Something tells me it’s written in the stars where he, Argentina and this World Cup are concerned. As for Bale, he only needs a couple of minutes in these group-stage games to win them. Two or three Bale moments could put them in a great place. 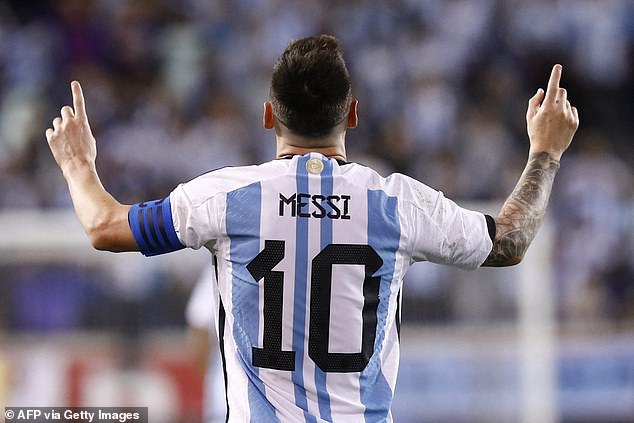 It seems it is Lionel Messi’s destiny for the World Cup final to be his 1,000th game