GRAEME SOUNESS: It’s SAD that it has come to an end for Cristiano Ronaldo at Manchester United in this way. He feels Erik ten Hag has reneged on a promise over playing time and has been sent mixed messages

I have been a supporter of Cristiano Ronaldo on these pages all season. I said from the moment he arrived back at Manchester United that he was the example for young players. The one for them to look at and say: ‘I want to be like him.’ I think it is very sad that it has come to an end for him in this way.

I’m sure he would have reached some sort of agreement with Erik ten Hag at the start of the season about how much game time he was going to get.

The two of them would have sat down in a room and left satisfied with their agreement.

Ronaldo will have believed he had an agreement on the role he had to play. 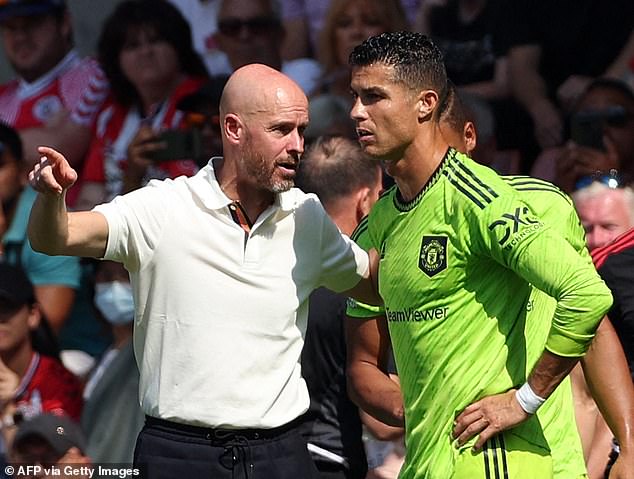 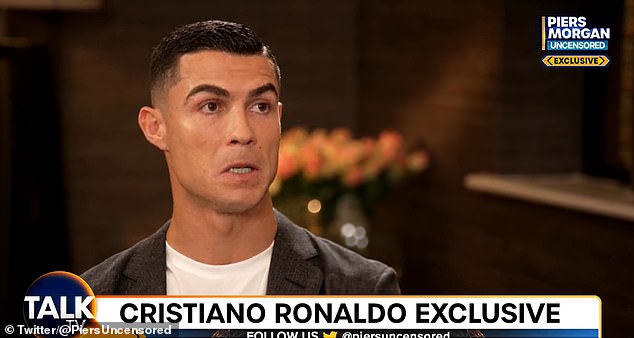 That role changed after a start to the season in which United lost to Brighton and Brentford, but Ronaldo will still feel Ten Hag has reneged on the promise he made and will believe he has been mistreated. Two people speak. Two people leave the room with an understanding and someone then doesn’t keep their word. If the player concerned is one of the biggest the game has ever known, how did United actually think he was going to respond?

You then have the individual indignities that Ronaldo has been subjected to this season. He is forced to sit on the bench throughout the 6-3 defeat to Manchester City and then hears Ten Hag say he has not been used ‘out of respect’.

Yet two weeks later, United are 2-0 up at home to Tottenham and he asks him to go on with a few minutes remaining. What does he want in two minutes? Then soon after the player is made captain. These are very mixed messages.

The player took his punishment after refusing to come on against Tottenham.

He was consigned to the development squad, where his conduct was exemplary.

But he will feel his manager has not kept his side of their bargain, either in word or deed. I don’t think this was ever going to end well. Looking back, the management at United will feel they should have granted him his wish to leave at the start of the season.

Instead of the talk of United having turned a corner, it is all about Ronaldo. United could have avoided that.