Home » Soccer » Granit Xhaka on Germany World Cup protest: 'We're not here to give out lessons' 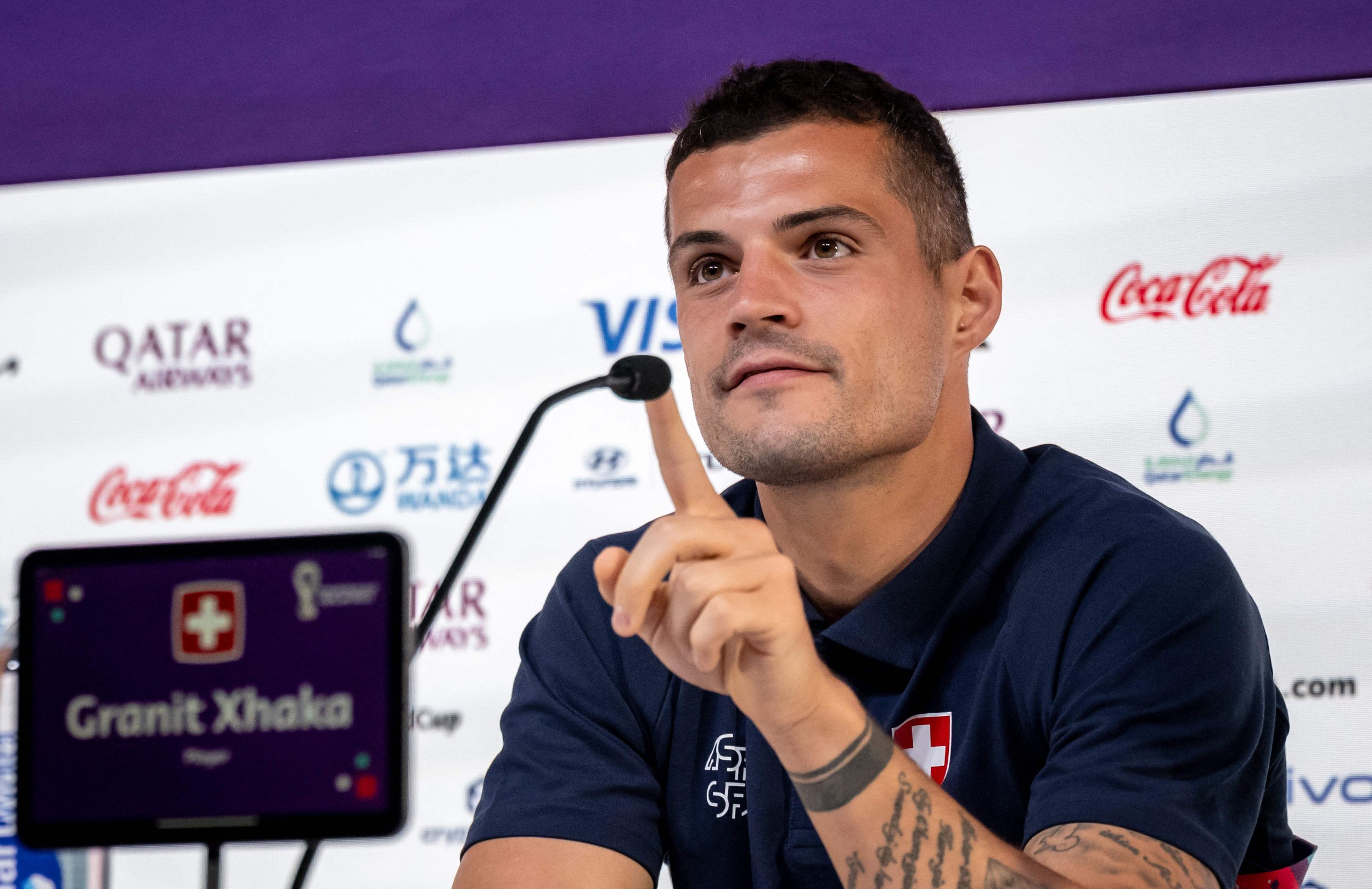 Switzerland captain Granit Xhaka insists his side will not follow Germany’s protest at the World Cup and says he is not in Qatar to ‘hand out lessons to anyone’.

FIFA’s hard-line stance on preventing players from wearing OneLove armbands at the World Cup has been met with widespread criticism from several nations at the tournament.

Moments before their World Cup opener against Japan on Wednesday, Germany’s players staged an on-field protest at the decision as they covered their mouths during the team photo.

Arsenal midfielder Xhaka was also due to wear the OneLove armband for Switzerland but the 30-year-old believes players ‘need to respect the rules’ following FIFA’s last-minute U-turn.

When asked about Germany’s protest, Xhaka replied: ‘I don’t think we need to do anything as the Swiss team.

‘We need to respect the rules and concentrate on our football, that’s all I intend to do.

‘We’re here to play football and not hand out lessons to anyone.’

‘I am delighted for them because they have done something, and it is on a global stage,’ Wright told ITV.

‘It is a global moment for the LGBTQ community to see that people are standing in solidarity with them and that is fantastic. I hope the other teams maybe do the same.’

A statement from the official Germany national team read: ‘With our captain’s armband, we wanted to set an example for values that we live in the national team: diversity and mutual respect. Be loud together with other nations. This is not about a political message: human rights are non-negotiable.

‘That should go without saying. Unfortunately it still isn’t. That is why this message is so important to us.

‘Banning us from the armband is like banning our mouths. Our stance stands.’