Home » Grimsby striker sent off for headbutting his OWN team-mate

Grimsby striker Stefan Payne grabbed national headlines on Saturday after being sent off for headbutting his own team-mate in a League Two match at Bradford, with the club’s own Twitter account labelling the act ‘unforgivable’.

Payne was seen arguing with veteran midfielder Filipe Morais as the players headed towards the tunnel at the end of the first half.

Morais was apparently livid with Payne’s lack of effort in not chasing a ball down the wing, and let the striker know his feelings. 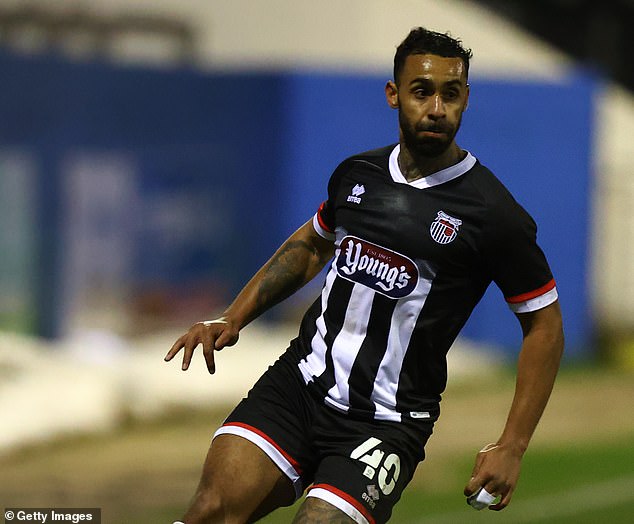 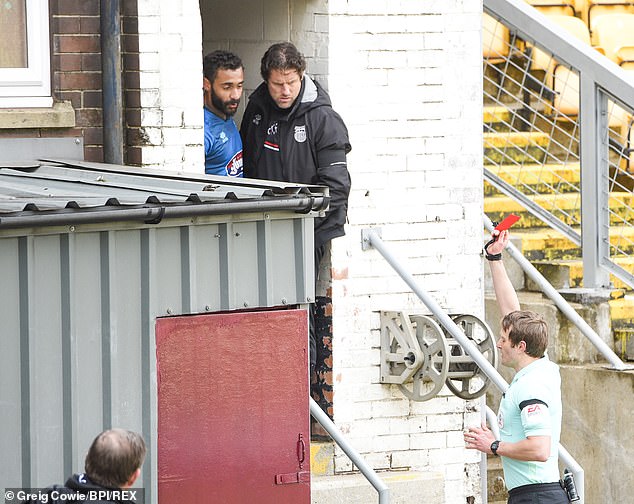 But in a shocking response, Payne then leaned in and aimed a headbutt at Morais.

Grimsby are rock-bottom of the Football League, and were trailing 1-0 at the time of the incident after Anthony O’Connor struck for the hosts three minutes before the break.

Grimsby players did their best to try and shield Payne from any punishment but referee James Bell saw the clash and quickly took out the red card, though he had to follow Payne into the tunnel in order to show it.

Despite being the attacked player, Morais was then substituted in one of three Mariners changes at the interval.

Payne has previous for being ill-tempered. At his previous club Bristol Rovers, he was fined for swearing and making obscene gestures at the club’s fans.