Pep Guardiola names Erling Haaland ‘one of the best in the world’ as Man City are pitted against Dortmund in the Champions League, but refuses to be drawn on a summer move for the in-demand striker

Pep Guardiola labelled Erling Haaland as one of the finest strikers in the world after Manchester City were pitted against Borussia Dortmund in the Champions League.

Haaland became the fastest player ever to reach 20 goals in Europe’s premier club competition earlier this month, achieving the feat in only 14 matches.

The 20-year-old is a summer transfer target for City and while Guardiola refused to be drawn on their interest, he did praise the frontman’s general ability. 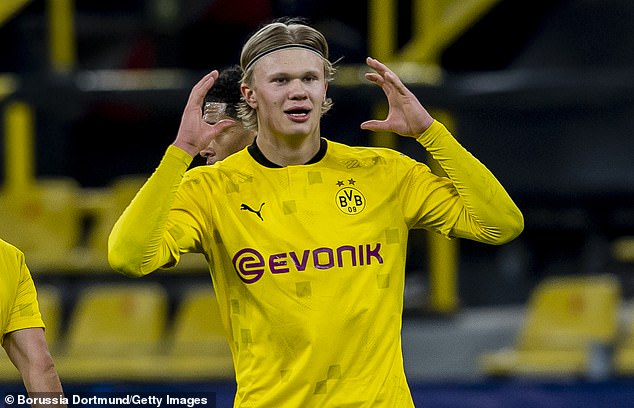 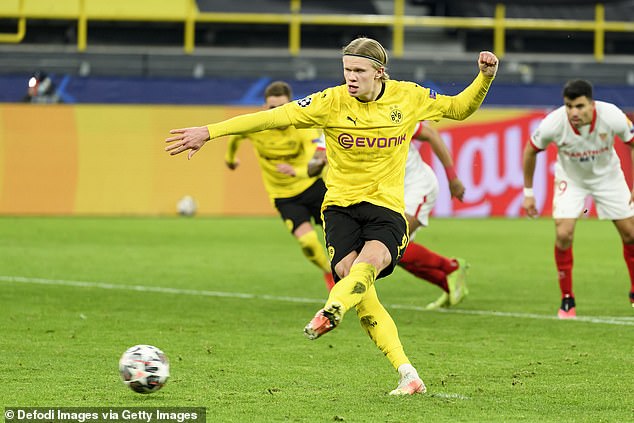 ‘He’s a player for Dortmund and I don’t like it when people talk about our players. You understand I cannot answer this question,’ Guardiola said.

‘The numbers speak for themselves, he is one of the best in the world at his age. I saw a few games, seen highlights and the numbers are impressive.

‘I know the quality of him and I think everyone knows, but in two weeks I will answer this better.’

Guardiola will pore over Dortmund’s recent matches over the international break before the teams meet for their quarter-final first leg next month. 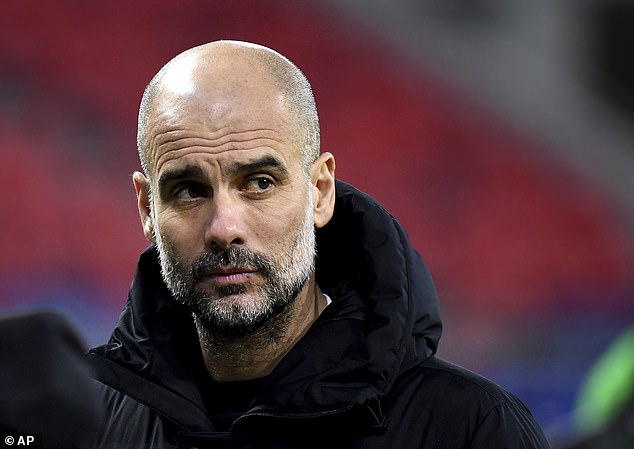 Former City winger Jadon Sancho will line up against them and Guardiola indicated why the German side have managed to build a strong young team.

‘They have many young players they invested in over recent years, paying good wages and salaries and they have a lot of quality there,’ he added.

‘Dortmund is tough but all of them would have been. We have to discover how they are as a team, do a good first game and then second one.

‘The best team will go through, no more secrets. Try to do a good game, then the second one and try to go through. We have two weeks to analyse their games, how they do and that’s all.’