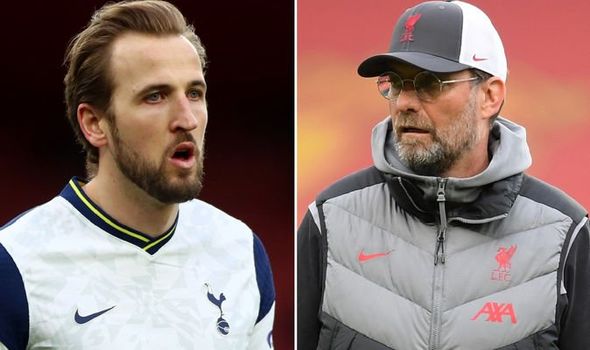 Tottenham striker Harry Kane is dominating the headlines amid suggestions he wants out of Spurs at the end of the season, with Manchester United, Manchester City or Chelsea all poised to pounce if a move becomes feasible.

The England captain has not handed in a transfer request but is understood to want to leave the north Londoners having grown tired of failing to challenge for major honours.

Kane is thought to believe a gentleman’s agreement with the Spurs hierarchy entitles him to a move, having ultimately opted to stay despite a desire to quit the club a year ago.

The 27-year-old has since had arguably the best season of his career yet with 32 goals and 16 assists in 47 games across all competitions, including 35 direct goal contributions in 33 Premier League matches.

It’s perhaps no wonder then that the trio of Premier League giants are all said to have made contact with Kane’s representatives in regards to his hopes of moving on.

And Kane quitting Spurs, with any exit likely to cost an interested club at least £150million for the transfer fee alone, would certainly prove Liverpool manager Jurgen Klopp wrong. 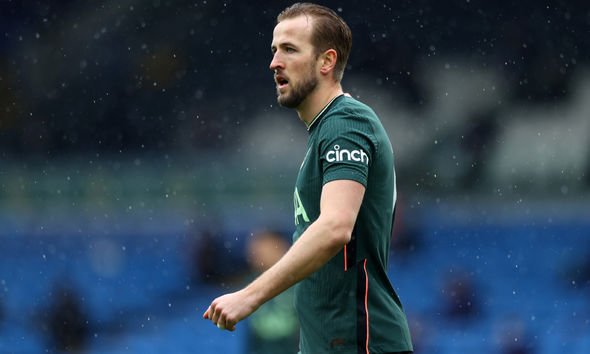 The Reds boss only recently predicted that there will be no major deals in the upcoming summer, involving his own club or any of their rivals.

While he did not name-check Kane, the finances involved in a deal to take the striker out of Spurs means any deal involving him certainly slots into the category of big-money business Klopp was talking about.

Klopp said: “The market will be really strange. I hear a lot about big-money moves, I don’t know if Kylian Mbappe is going or not, whether [Erling] Haaland or [Jadon] Sancho will, these kinds of players.

“I don’t see that happening this summer because the football world is still not in the same place it was before.”

And it appears a move to United or City is far more feasible than a switch across London to capital rivals Chelsea.

Liverpool, even if they qualify for next season’s Champions League, will not get involved while it’s unclear whether clubs on the continent such as Real Madrid will show any interest or not.

The Daily Mirror say City are Kane’s preferred destination should he leave the Tottenham Hotspur Stadium this summer.

Spurs are desperate not to lose their star man and a statement on Monday said: “Our focus is on finishing the season as strongly as possible. That’s what everyone should be focused on.”

The Londoners are in a strong position with Kane under contract until 2024, meaning they could keep him against his wishes for another year and his transfer value would not significantly depreciate. 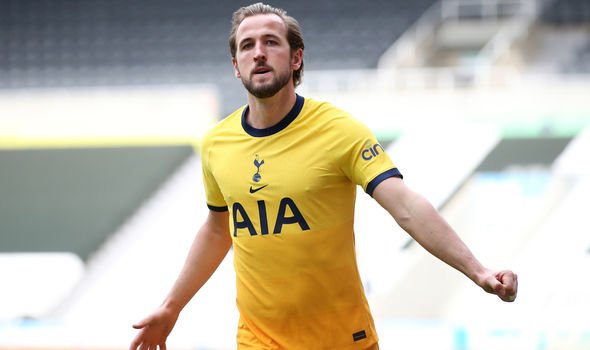 Interim Spurs boss Ryan Mason is confident Kane, who is bidding for a third Premier League Golden Boot this term, remains fully committed to his current employers despite the speculation.

“He’s going to be 100 per cent committed and I’m looking forward to seeing him play in our beautiful stadium in front of our fans so we’re excited about tomorrow,” Mason said ahead of the clash with Aston Villa.

“He starts tomorrow because he’s our best striker and one of the best strikers in the world. There’s always speculation around the best players.

“There’s been speculation about the new manager coming in, all these question marks. When you’re at a big club that’s normal. My focus is on the next game. My mind hasn’t deviated from that, I’m sure Harry’s hasn’t.