“It’s helpful, of course,” Atkinson said, “But it’s not nice seeing any player going down with injury. It’s everyone’s livelihood. I’ve been through injuries as well. Hopefully he gets right.” 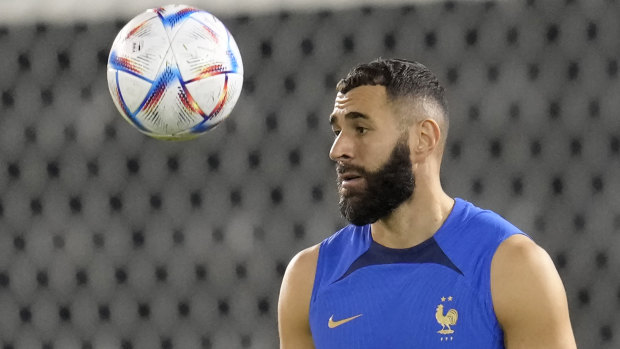 Karim Benzema at a French training session before injury ruled him out.Credit:AP

Benzema entered the World Cup under a fitness cloud after missing Real Madrid’s past four matches due to unrelated muscular issues. But this is a new injury to his left thigh, picked up towards the end of a training session on Saturday.

Benzema will miss the Australia match and has become the third French player to withdraw from the tournament after Christopher Nkunku and Presnel Kimpembe. It furthers a unsettled preparation for the defending champions, with star midfielders Paul Pogba and N’golo Kante were also unavailable because of injury.

In an earlier statement, the French soccer federation said: “Karim Benzema is out of the World Cup. After hurting the quadriceps on his left thigh, the Real Madrid striker is forced to give up on taking part in the World Cup.”

Benzema was participating in his first full training session with Les Bleus when he had to come off after feeling some pain in his left though, the FFF said.

“He went for an MRI scan in a hospital [clinic] in Doha, which unfortunately confirmed a tear,” the FFF said, adding that he will need three weeks to recover.

But Atkinson, who plays for Hearts in the Scottish Premier League, was not deluding himself about France’s depth, but nor was he intimated.

“I’m a big believer in not really caring who you play against, whether that’s France or a Scottish Premier League team or an A-League team,” he said. “It’s 11 men on the pitch. We’re all human, everyone’s capable of making mistakes and doing great things. 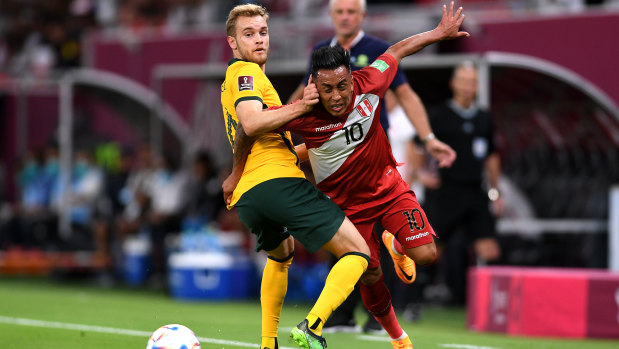 “They are world-class players and are at the top of their games in Europe. That’s obviously what we aspire to. But once we cross that line, it’s just a human against another human. That’s a positive, being Australian and having that mentality.”

Not just any Australian, but a Tasmanian. If he starts on Tuesday, which is likely, Atkinson will be the first from his state to represent Australia at the World Cup. “It probably won’t sink in until I’m back home in my bedroom, thinking about it,” he said. “Coming from the little state of Tasmania, I just want to make my family proud.”

If not Benzema, Atkinson could find himself face-to-face with Paris St Germain superstar Kilian Mbappe. He does most days anyway, in giant images even at the Socceroos training base in Doha and on the cover of the FIFA video game squad members are playing to pass their spare time at their Aspire Academy base.

“I’ve got him in my Ultimate Team as well,” Atkinson said. “When you look at it, there’s Mbappe, but there’s alway Sammy Kerr on the cover, too. 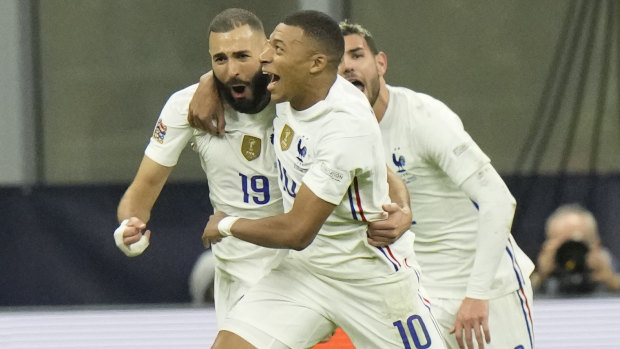 “You look at it both ways, and think what Sam Kerr’s doing for Australian football and it shows what Australia is on the world map of football.”

On face value it is good news for Graham Arnold’s Australian side, who are rank outsiders to beat France, and will be hoping the French’s injury dramas could be the another instance of the infamous curse of the World Cup holders. The last three reigning champions, Italy (2006), Spain (2010) and Germany (2014) all failed to get out of their group in the following edition.