‘He’s unplayable at the moment:’ Fans claim ‘everything Marcus Rashford touches turns to gold’ after the Man United forward scores STUNNING goal from outside the box against Arsenal

Marcus Rashford has been labelled as ‘unplayable’ by former Premier League striker Darren Bent, after he continued his prolific vein of form opening the scoring between Manchester United and Arsenal on Sunday with a simply stunning goal.

The 25-year-old has been in excellent form for Erik ten Hag’s side since returning from the 2022 World Cup, with Rashford returning to domestic action to now score in five of United’s last six league matches.

And it seems nothing can stop the England forward at the moment, who rounded Arsenal’s Gabriel, to thump an almost unstoppable low effort from 25-yards out past Aaron Ramsdale in net to give United the advantage in the match. 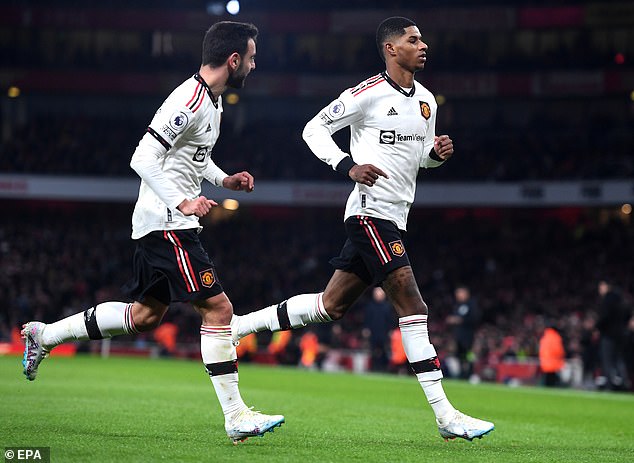 It’s clear he is soaring high in confidence at the moment and his excellent scoring run has continued to the EFL Cup, where Rashford scored a brace of goals against Charlton to send the Red Devils through to the semi-finals of the competition.

Many have been reacting to Rashford’s moment of magic, with some including Bent admitting: ‘Rashford is unplayable at the moment.’

Another added: ‘Rashford is on a new level this year.’

The forward also found back of net against Everton to help his team advance to the Fourth Round of the FA Cup, adding to his excellent return of 16 goals in 27 appearances across all competitions this season, with some fans saying ‘everything he touches turns to gold.’

And while some clubs are struggling to score goals this year, some Twitter users even gave a good analysis of the impact Rashford has had for United this season, claiming the England forward is able to win games for his side by getting goals from nowhere. 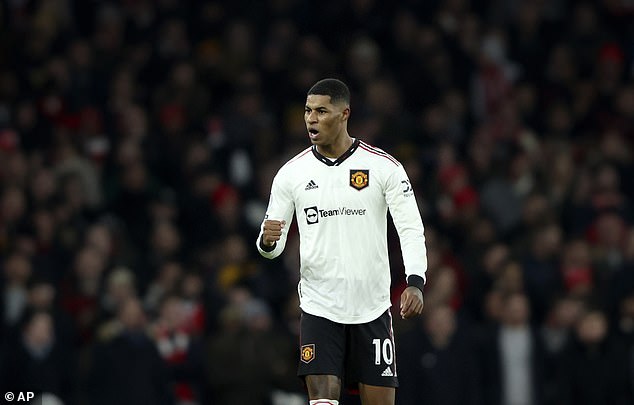 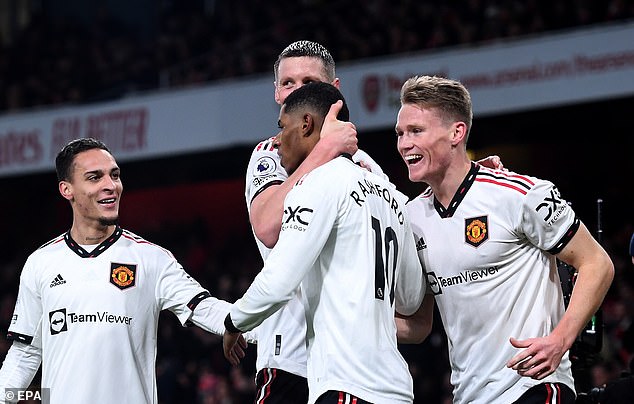 ‘Difference is, a class striker gets you a goal from nothing, just like Rashford did. That’s what we’re missing,’ one Twitter user said.

‘Marcus Rashford is in unreal form, man. The ball-striking is a thing of beauty!’

Eddie Nketiah pulled a goal back for the home side soon after, heading home from a brilliant cross from Granit Xhaka to bring the hosts level in what has been a rip-roaring game of football.