Palace were fortunate to head into the break with a 0-0 scoreline, after Kelechi Iheanacho missed from the penalty spot during the first period thanks to a save by Vicente Guaita.

Wilfried Zaha then gave the Eagles a second half lead with a much improved performance, but Hodgson explained that Lewington was almost ‘cost a heart attack’ after digging into the players at half-time. 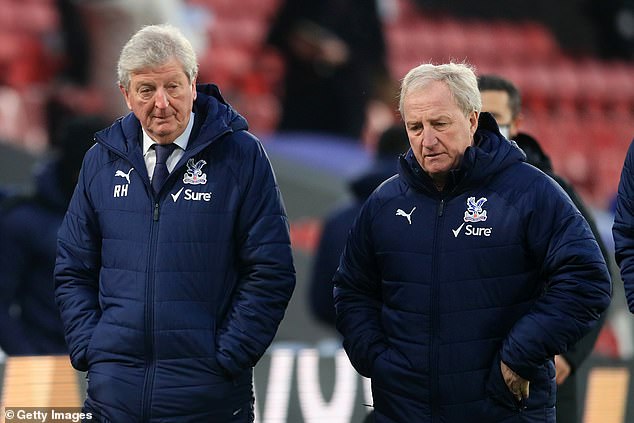 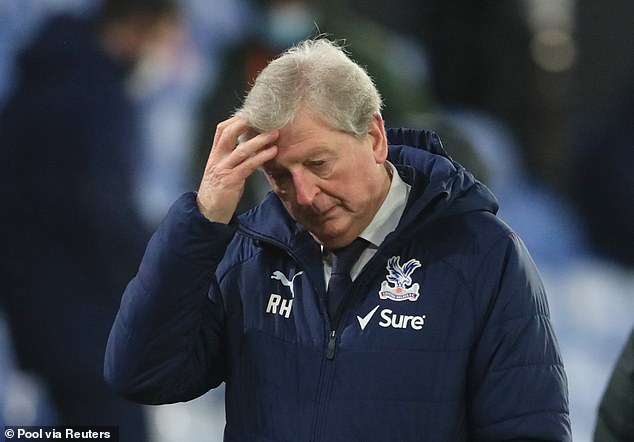 Hodgson told Amazon Prime: ‘It certainly was [positive] in the second half but it almost cost my assistant Ray Lewington a heart attack to produce that energy.

Adding more of an explantation to the half-time antics, Hodgson – speaking to BBC Sport – branded Lewington’s performance in the changing room as ‘apoplectic’ but admitted it did ‘shake them into life’.

He continued: ‘That is what Crystal Palace want to be and we pressurised the ball so much better. We looked dangerous going forward but unfortunately we do not get the full three points because [Harvey] Barnes scored with a wonderful strike.

‘That could have led to us conceding another one but luckily we didn’t, because that would have been very harsh. It is definitely a step forward.’

Foxes midfielder Harvey Barnes produced a late striker to share the spoils at Selhurst Park but the former England boss remained positive after the match, crediting his players character. 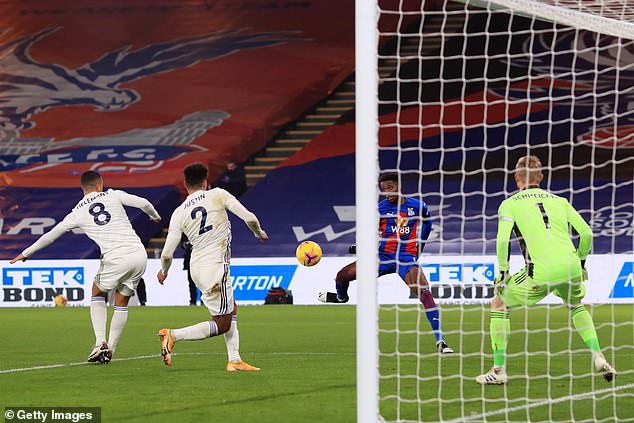 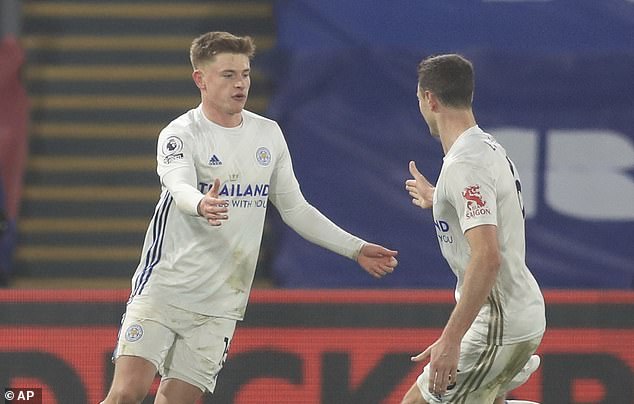 ‘In the first half, we couldn’t really believe what we were saying because we know we are better than the performance,’ he added.

‘They were making life difficult for us, and in contrast, we were occupying the right positions but not really having an effect.

‘The players definitely responded much better in the second half and their performance stepped up more than one gear, and they started playing the football we know they can play.’

He also told BBC Sport: ‘No question it was a step in the right direction. Liverpool knocked us back and it was a daunting task today, but we handled it well.’