Barcelona are being linked with a number of huge players this summer, including Erling Haaland and Gini Wijnaldum. Their biggest task is extending the contract of Lionel Messi though, and if they manage to do so, they will be a force to be reckoned with.

Barcelona could have a very interesting team next season if they manage to get their hands on a number of transfer targets.

As well as several Premier League clubs, Borussia Dortmund striker Erling Haaland has been linked with a move to the Nou Camp, with his agent even reportedly holding talks with the club.

Meanwhile, Liverpool midfielder Gini Wijnaldum’s future is still up in the air, and he could well be available as a free agent next season.

But perhaps the most important item on the agenda for Barca bosses is extending the contract of Lionel Messi. 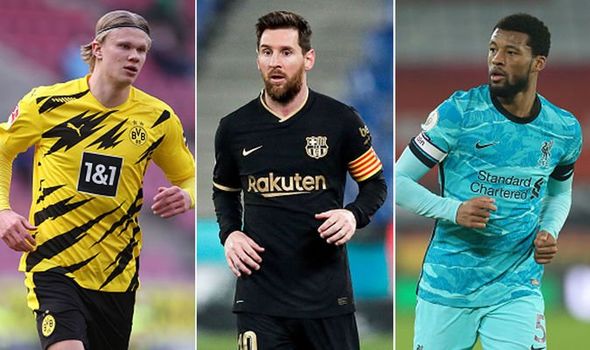 The Argentine legend, who is still the club captain, will technically become a free agent at the end of the season.

Of course, that is highly unlikely to happen, and it seems unlikely that he will indeed leave the Nou Camp before he ends his career.

So with that wealth of talent potentially around the club, how could Barcelona actually line up next season?

In goal, as usual, will be Marc-Andre ter Stegen, who is undoubtedly one of the best keepers in the world. 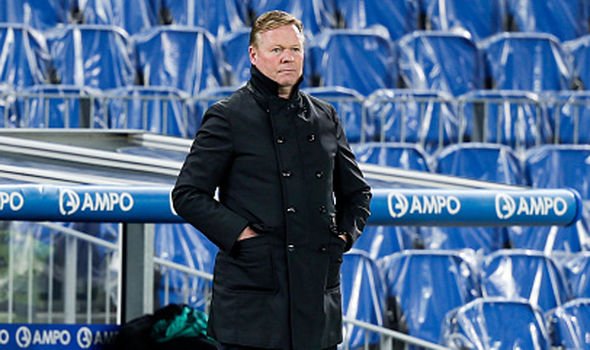 Ronald Koeman has tended to play with wing-backs in recent seasons, but in a more classic Barcelona fashion, this system will be the 4-3-3 he has also flirted with this season.

At right-back, Sergino Dest has only improved in his debut campaign, and the 20-year-old should be the nailed on first choice going forward.

While Jordi Alba is still kicking around, and takes his place on the left.

In the middle, Manchester City’s Eric Garcia is set to return to Barcelona this summer, having left for the Sky Blues as a youngster, and will most likely line-up alongside Clement Lenglet.

Holding it down in midfield, Sergio Busquets is still the rock at the heart of the team, while Dutch duo Frenkie de Jong and potential new team-mate Wijnaldum are the more creative forces.

And in attack, Antoine Griezmann and Ousmane Dembele will fight it out for a space on the left-wing, while Lionel Messi dazzles on the right.

And spearheading the frontline, the ever-potent Haaland will be banging in the goals.