Leicester were once the club everyone outside the Premier League elite wanted to be… now with a team devoid of confidence and a manager taking aim at his owners, they are showing you do not have to get much wrong to become vulnerable

Not that long ago Leicester City were the club everyone outside England’s elite aspired to be. A beacon of hope that you did not need an oligarch or a nation state to achieve great things.

Not just for the miracle of 2016. Beyond that, here was a club that took great pride in sitting on the back row of the big boys’ bus where they did not belong.

One that sold key players but improved with it, with a respected coach working with exciting talent, all part of a well-run outfit. Two fifth-placed finishes, an FA Cup and a Community Shield. 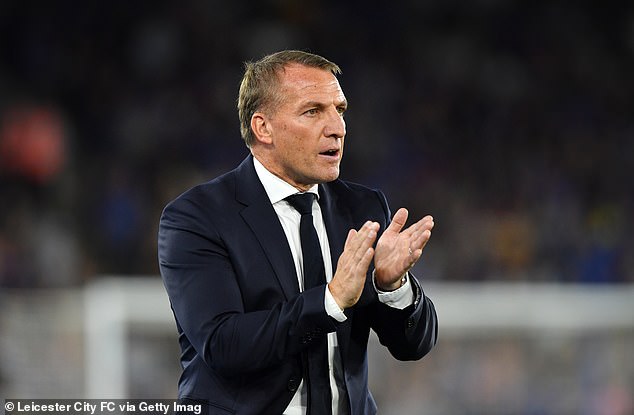 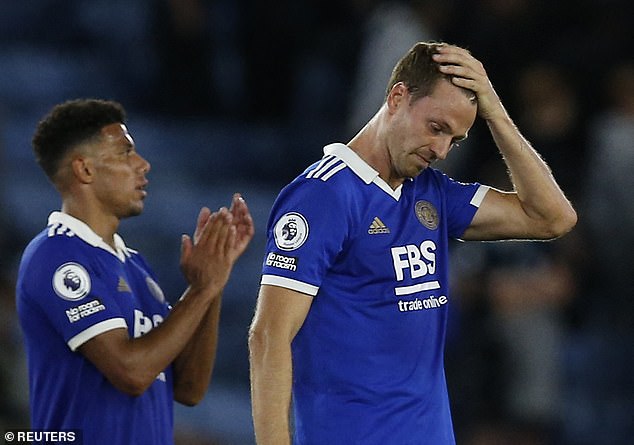 And yet here they are, bottom of the table. Another limp display in defeat by Manchester United. One point from five games. Four straight League defeats. They are a team devoid of confidence, with fans frustrated and a manager taking aim at his owners.

‘With the greatest respect,’ said Brendan Rodgers. ‘We’ve not had the help in the transfer market that this team has needed.’ That line of attack rarely ends well. Just ask Scott Parker.

Leicester are proof that in the Premier League, you do not have to get much wrong to become vulnerable. A few too many dud signings and bloated contracts to middle-of-the-pack players. Missing out on Champions League revenue when you should have had it in the bag — twice. 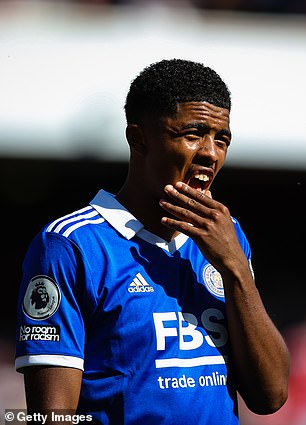 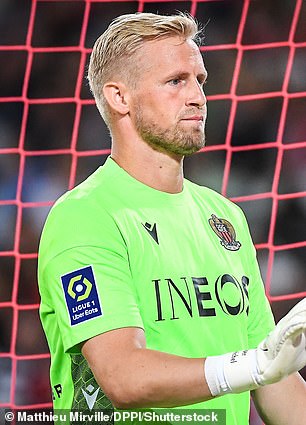 Rodgers knows his squad has weakened. They lost club legend Kasper Schmeichel to Nice and their best defender Wesley Fofana to Chelsea for £70million and replaced them with £15m centre-back Wout Faes and goalkeeper Alex Smithies, a 32-year-old free agent.

Leicester had to sell before they could buy. They needed Schmeichel’s £140,000 a week off a wage bill which was, on their last accounts, 85 per cent of their revenue. They had to bank most of the Fofana money to try to level the books.

Leicester’s owners explained in the pre-match programme that spending had to be restricted to ‘protect the club’s long-term interests’. They spent £100m on a new training ground and plan to expand the stadium.

For years, Leicester’s model has been to sell a key player, plan for it and invest the proceeds. Last summer, for the first time since their title win, they sold no one but signed Boubakary Soumare, Patson Daka, Ryan Bertrand and Jannik Vestergaard for a record net spend of £55m. 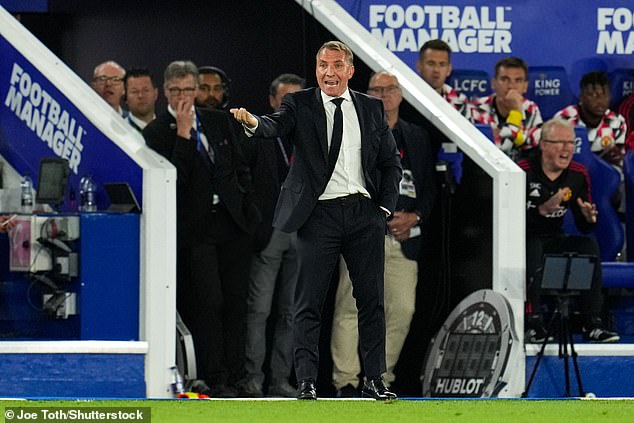 Now they are paying the price while everyone around them strengthens — and Rodgers is frustrated. ‘We’re three-and-a-half years on [from his arrival] and not a great deal has changed in terms of the starting XI so I knew six months ago [a refresh] was going to be an issue and we haven’t been able to do it,’ he said.

‘The supporters see other teams getting lots of players in and we’re not getting any, so there’s that frustration.’

It is not just the lack of signings that frustrates fans. Rodgers frustrates them, too. He has taken Leicester into Europe, won trophies. Under him, they have punched well above their weight. This season, they have barely thrown any.

There is a feeling among fans that Rodgers planted this seed. ‘You have two fifth-placed finishes and people think you have created a foundation for success but for a club like ourselves it may be the pinnacle,’ he said in January. 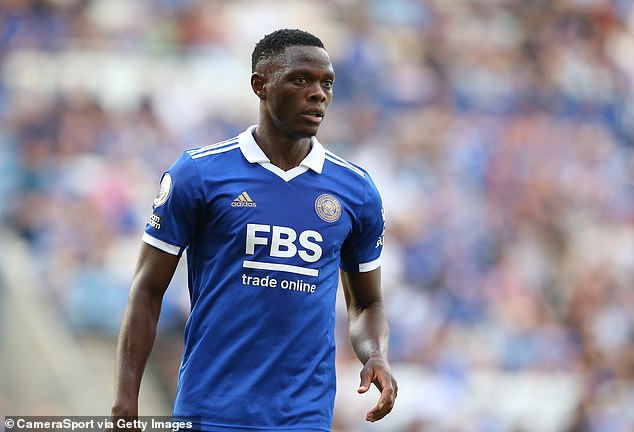 Leicester are paying the price for last summer, when they sold no one and bought the likes of Patson Daka

Leicester’s defensive frailties have long plagued them but are unfixed. For all the credit he is due, there is only so many times fans can be told the same things and then see nothing change.

‘It’s not as though the players are downing tools,’ said Rodgers. ‘We’re giving everything but making some mistakes and lacking quality in certain areas but I’ve no doubt it will turn.’

For Rodgers’s sake, it will have to soon otherwise Leicester face the prospect of selling their best defender to afford to sack their manager. ‘We’re not going to roll over,’ added Rodgers. ‘We have to find a way now. Our objective this season is to get to 40 points.’

That is a stark change of ambition. Leicester will do well to get there. It is another question, for the owners, if that will be good enough.