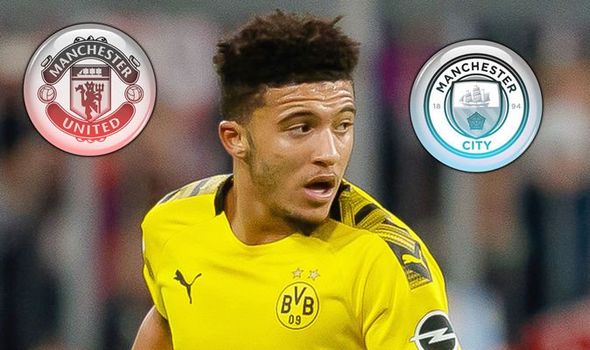 In an ideal world, Manchester City wouldn’t want Jadon Sancho to join Manchester United. Pep Guardiola’s side have dominated the Premier League in recent years – this season aside – but there’s a sense that they regret selling the 20-year-old to Borussia Dortmund in 2017. But they could actually end up helping United sign the youngster, who has been a huge Bundesliga hit in the three years since his move away from the Etihad Stadium.

Manchester City lost Sancho to Borussia Dortmund in 2017 – but were relieved at the time.

Then a teenager, the winger was also being eyed by Manchester United with Jose Mourinho admiring him for his pace and potency.

Ultimately, United missed out. Sancho chose to move to Dortmund because he felt they could offer him regular football right from the get go.

He’s been in sparkling form over in Germany ever since, scoring 14 Bundesliga goals alone this season while also registering 15 assists in the same competition.

United, unsurprisingly, are very much in the mix to sign him. Ole Gunnar Solskjaer himself is a huge admirer, believing he can take the club to new heights.

And City could inadvertently play a role in their former academy star making the move to Old Trafford. 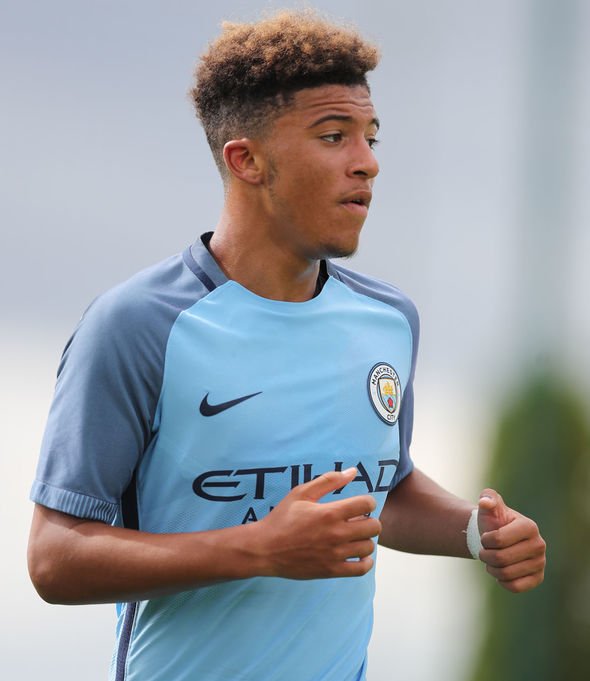 Bayern Munich have recently joined the race for Sancho – but he’s not their priority at the Allianz Arena.

Instead that remains Leroy Sane, a player they feel can be Arjen Robben’s true heir.

Bayern are yet to replace Robben, who retired at the end of last season having won eight Bundesliga titles during his spell there.

And Sane is seen as the natural heir to the club icon.

Should City sell the Germany international to Bayern, it would mean the Bundesliga champions giving up on Sancho. 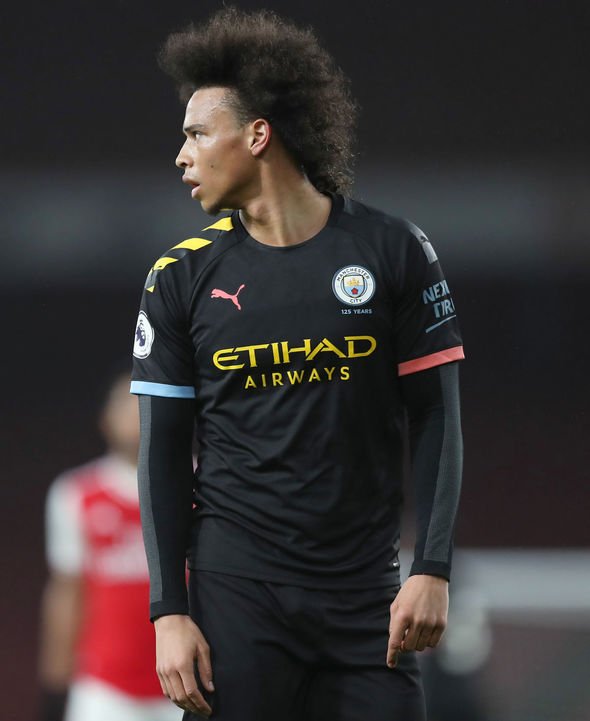 And that would help United’s cause when it comes to bringing the 20-year-old back to the Premier League.

The club are willing to spend big on the player – but are mindful that any club-record deals would be unwise in the current market.

Ed Woodward warned fans a month ago not to expect business as usual at the club, saying: “We will continue looking for more ways of supporting those in need for as long as the pandemic continues.

“Everyone is grappling with the economic realities of the pandemic and we are no different.

“The longer the crisis continues the greater the impact will be for every club, including ourselves.

“But it is important to acknowledge the part played by our successful business in allowing us to fulfil our social responsibilities.

“We have always believed that our commercial model gives us greater resilience than most clubs.”

But United are still hoping to add Sancho to their side regardless.

City may choose to keep hold of Sane in order to thwart Solskjaer’s attempts to bring Sancho back to England.

But, given the player’s determination to leave the Etihad for a return to Germany, that seems unlikely.