Ajax boss Erik ten Hag is believed to be on Tottenham’s radar now they have begun the search for a new manager, reports have claimed. Spurs chief Daniel Levy has begun composing a shortlist of potential options and the Dutchman ticks all boxes.

His style is based upon possession with emphasis on attacking while he also fits the club’s culture, which involves a view on developing young players.

That is exactly what Ten Hag has done at Ajax and his achievements in Amsterdam speak for themselves.

Some of the Spurs squad have faced his side in the 2019 Champions League semi-finals, reflections that will evoke great memories.

But moving forward, Ten Hag could be the right man to help Spurs kick on and reach new heights after another underwhelming campaign.

Express Sport take a look at how Spurs could line up next season, should he be appointed as Mourinho’s successor… 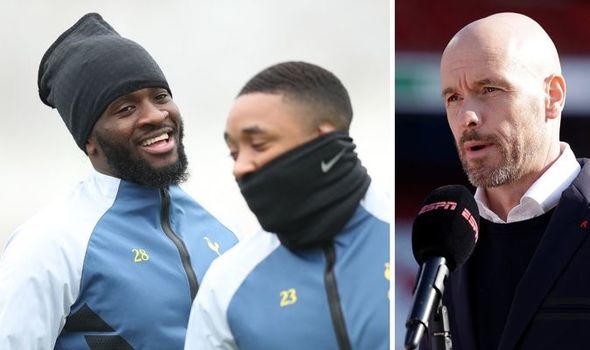 Ten Hag favours a 4-3-3 system, although he is tactically flexible and sometimes his team interchanges on the field.

But between the sticks, Hugo Lloris is expected to see out his Tottenham contract, although talks over an extension are yet to progress.

At the back, there’s every chance Ten Hag may have tried to bring former Spurs target Nicolas Tagliafico to the club before the signing of Sergio Reguilon.

The Spaniard should get the nod while two former Ajax centre-backs could line up alongside him in the form of Davinson Sanchez and Toby Alderweireld.

Both could also leave the club this summer but Ten Hag’s Ajax roots could help get the best from the duo, who both played for the Dutch giants.

At right-back, there could be a new signing though in the form of Noussair Mazraoui, who has been linked with Spurs in the past.

The Moroccan has been a regular under Ten Hag at Ajax and he may not be the only player who could follow his current boss to north London.

In midfield, Ryan Gravenberch is a man in demand and his ability to drive with the ball is reminiscent of Mousa Dembele.

He could provide some extra quality in the middle of the park while joining forces with Tanguy Ndombele and Pierre-Emile Hojbjerg.

It’s clear that both of those are two players that should be built around, given they have been two of Spurs’ best performers this season. 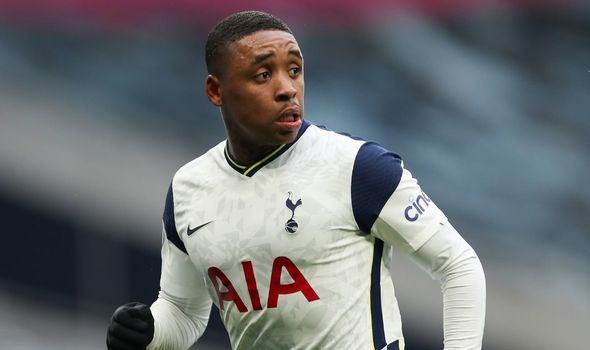 Out wide, Son Heung-min picks himself but there could be a fresh start for Steven Bergwijn.

He was one of the best players in the Eredivisie last season before his move to Spurs in January 2020.

The Dutchman is yet to fulfil his potential but this could be a chance to get going.

Harry Kane will lead the line, permitting Tottenham do not crack under pressure and they are able to keep him.