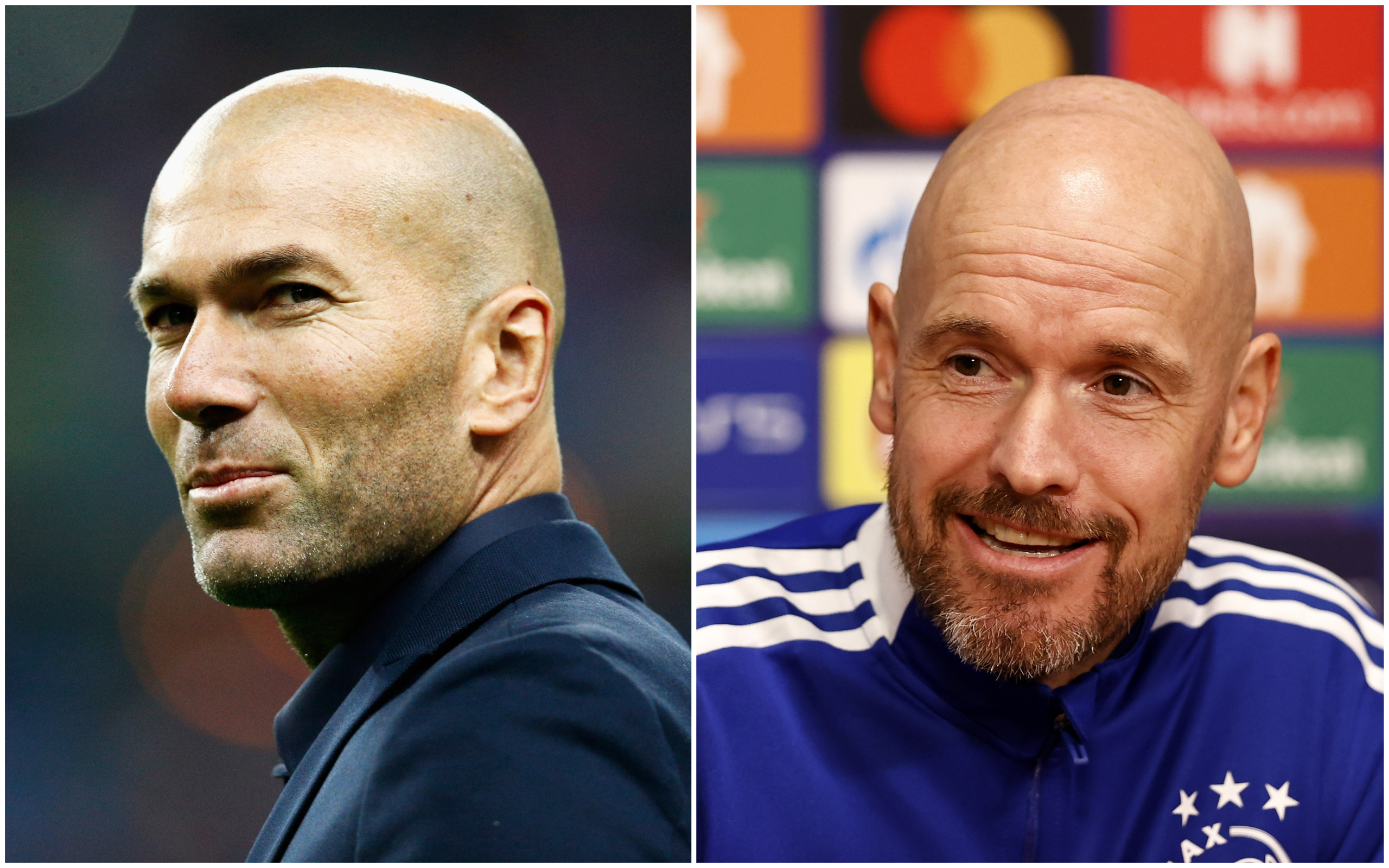 Zinedine Zidane and Erik ten Hag have shown little interest in the Manchester United job should it become available.

Ole Gunnar Solskjaer is set to remain in charge when United return from the international break against Watford next Saturday but the Norwegian is under mounting pressure at Old Trafford.

While it would appear no managerial change is imminent, Leicester City boss Brendan Rodgers has emerged as the club’s no1 target to replace Solskjaer.

Alongside Rodgers, Antonio Conte, Zidane and ten Hag made up a four-man shortlist in October with Conte since appointed new Tottenham boss.

According to The Sun, Zidane, who is currently without a club since leaving Real Madrid for a second time at the end of last season, has indicated he would not be interested in the United job.

It has been suggested the former midfielder, who guided Real to three Champions Legaue titles, has his eye on the France job.

In a further blow for United, the highly-rated ten Hag also appears to have distanced himself from the job.

The report adds there was a ‘cool reception’ from the Ajax coach, who did not want to discuss ‘hypothetical’ openings at United with approached by an agent.

Rodgers is thought to be a realistic target should United part ways with Solskjaer.

However, Eurosport have claimed the former Liverpool and Celtic boss will not entertain the idea of leaving Leicester City mid-season.