Home » Soccer » Hugo Lloris or Ederson: Which goalkeeper would you want in your side? 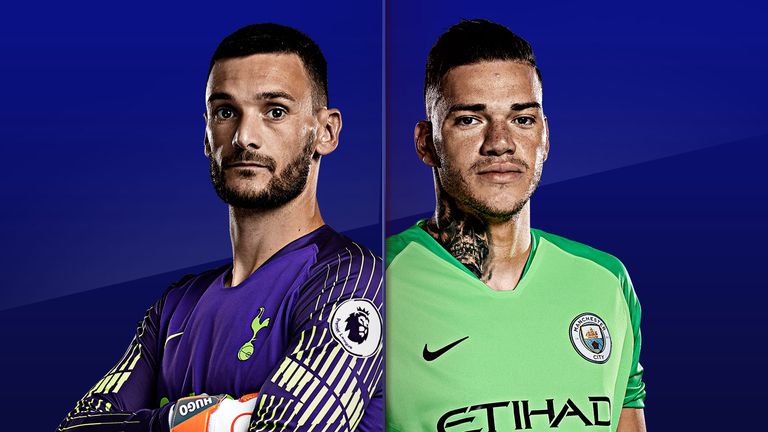 Ahead of Tottenham’s MNF clash with Manchester City we want to know who would make it into a combined XI of the two teams – and we’re kicking off with the goalkeepers.

France’s Hugo Lloris will be in goal for the hosts on Monday, having produced a fine performance in his last Premier League outing against West Ham, which won him praise from his manager Mauricio Pochettino.

Brazil’s Ederson will be at the other end, having become a key part of Pep Guardiola’s side since replacing Claudio Bravo at the start of last season.

But which ‘keeper would make it into a team made up of Tottenham and Manchester City’s best players?

We asked our Soccer Saturday pundits who they would pick. See who they went, take our poll and then pick your combined Spurs-City XI with our interactive team selector below…

They are both great goalkeepers but I just think Lloris makes more errors than Ederson does.

Ederson does not get as much work as Lloris but he hardly ever makes a mistake and his distribution is excellent.

The Brazilian is just a better all-round keeper for me.

They are both pretty good but Ederson is more reliable and is excellent with the ball at his feet.

Wow. One’s a World Cup winner and one is not but I will just go for the Brazilian. I’m not a great believer in goalkeepers being good on the ball but Ederson is a classy operator. Lloris has been a bit wobbly this season – sometimes he comes steaming out of his goal and he does not need to do that.

He’s the better decision maker, there is mistakes in every goalkeeper nowdays but as you saw with Lloris against Barcelona at Wembley he just seems to have a few more in him than Ederson.

Who gets your vote?