Two years ago this month, this was a Premier League fixture. Respective relegations have altered the moods at Hull and West Brom.

For the promotion-chasing midlanders, there has been joy in victories and plenty of goals since falling through the trap door in May.

Hull, meanwhile, is a club shrouded in uncertainty amid talks of a pre-Christmas takeover and a fight to avoid a plunge down another division. 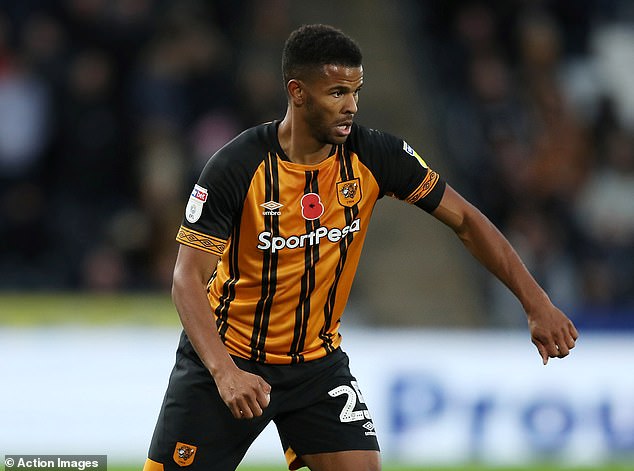 The quartet were sold for a combined £50million, more than the Allam family are now expected to receive for the Yorkshire club. David Beeby, the Hull secretary, said this week that ‘the sale is currently in a due diligence process.’

Back in November 2016, West Brom left with a point but did not deserve a similar result in a match surprisingly dominated by the hosts, who put together back to back wins for the first time since April courtesy of Fraizer Campbell’s first-half goal.

A West Brom defence missing the suspended Kyle Bartley was tested by a Hull team next to bottom but rejuvenated by victory at Bolton seven days earlier.

Indeed it was something of a surprise that they did not concede before Campbell made it goals in successive matches seven minutes before the interval. 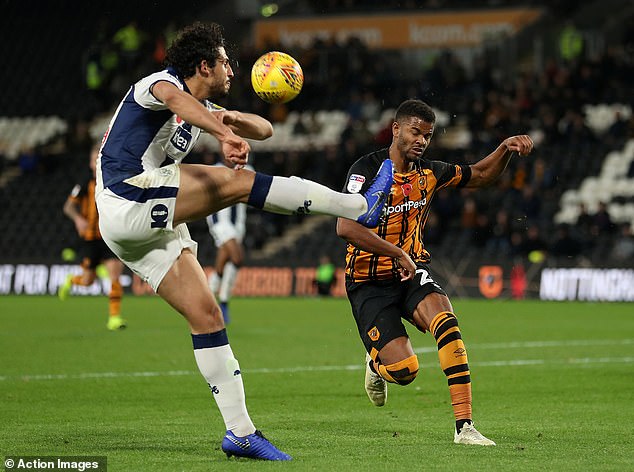 Only four were on the clock when Kamil Grosicki’s raking cross from the left was met by Jarrod Bowen’s head beyond the far post and the ball kissed the cross bar via a flick of goalkeeper Sam Johnstone’s fingers.

Grosicki then fluffed two identical chances within a matter of seconds shortly afterwards when he found himself beyond the visiting defence with Johnstone exposed, lifting shots too high on each occasion.

Hull’s dominance belied the contrasting positions of the two in the Championship standings and the highest quality move of the opening period saw Campbell lean back in the process of turning Jackson Irvine’s 34th-minute centre goal-wards.

He made a much better connection moments later, however, following a creative right-wing corner: Bowen received it short, fanned towards the edge of the area, and teed up Irvine, whose header came back off the angle of the goal frame for Campbell’s side foot volley to provide the half-time lead. 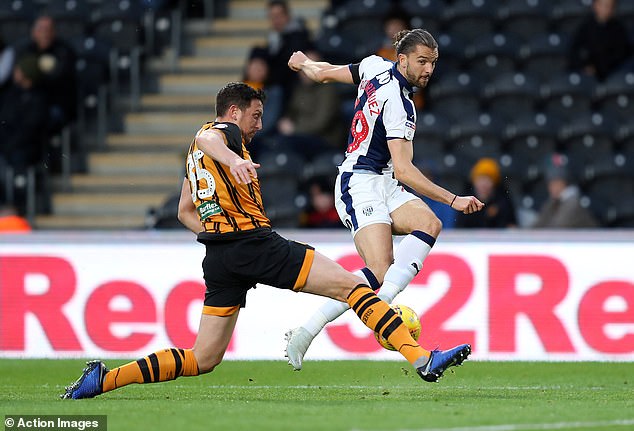 West Brom had not managed a shot on target at that juncture, with Jay Rodriguez’s early volley past the post and a deflected James Morrison drive over the top from a Rodriguez pull-back the best they mustered.

Morrison’s attempt to repay the compliment just shy of the hour, after picking the pocket of Dan Batty in midfield, was thwarted by Tommy Elphick’s immaculately-timed tackle inside the box.

How Darren Moore must have wished Dwight Gayle, Albion’s joint-top scorer, had been fit to throw on from the bench.

Instead, he turned to Bakary Sako and Oliver Burke as second-half substitutes in a bid to conjure an equaliser, having been forced to withdraw his captain Chris Burke through injury in the first. It proved futile.