Adi Hutter to swap his job as Eintracht Frankfurt manager for Bundesliga rivals Borussia Monchengladbach in the summer… despite his current team closing in on a Champions League spot and his new side struggling to even make it into the Europa League!

Hutter will stay until the end of this season before using a clause in his contract with Eintracht Frankfurt to leave two years before his deal expires.

The 51-year-old Austrian boss has agreed a three-year contract with Gladbach. 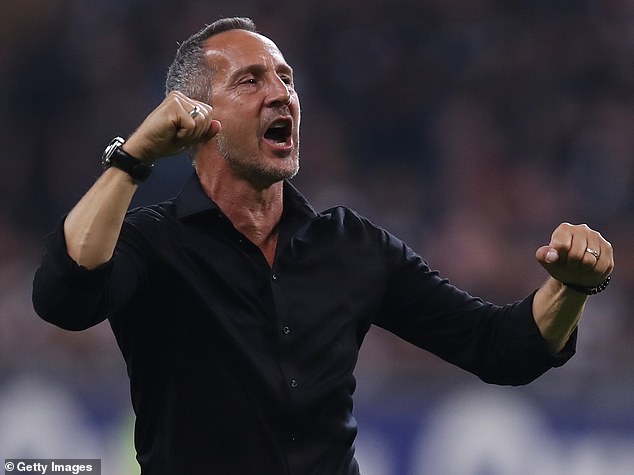 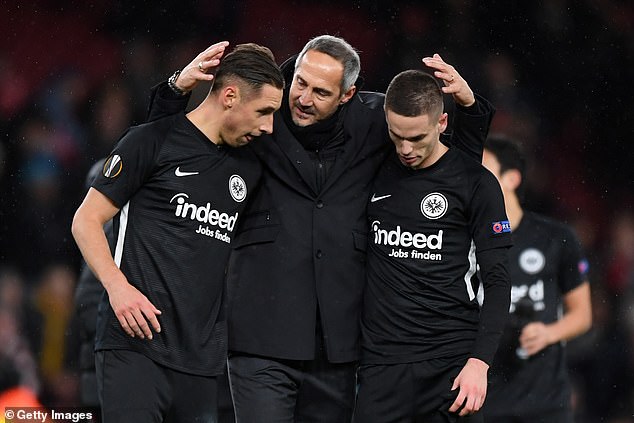 It means Hutter will play no part in what is likely to be Frankfurt’s first campaign in the top tier of European club competition since 1960.

Frankfurt are fourth in the Bundesliga with a seven-point cushion over Borussia Dortmund in fifth place with six games left to play.

Gladbach, meanwhile, are eighth and unlikely to even make it into the Europa League.

Hutter took Frankfurt to the Europa League semi-finals in 2019 in his first season in charge and has since built the team into one of the stronger sides in the Bundesliga. 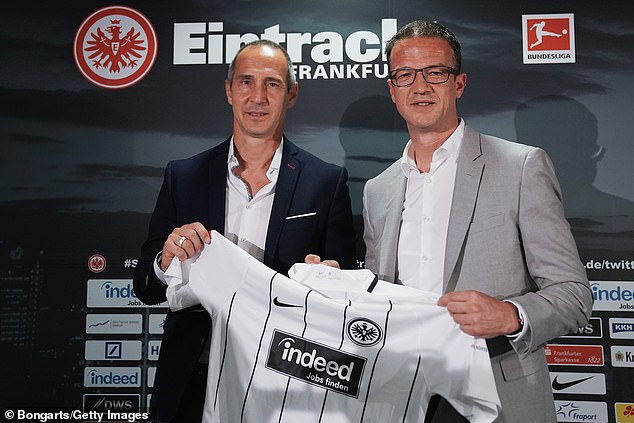 Gladbach had been looking for a replacement for Marco Rose since it was announced he would depart in the summer to join Dortmund.

Eberl said: ‘He is the best coach for our team and our club for the challenges and goals lying ahead of us from the summer onward.’