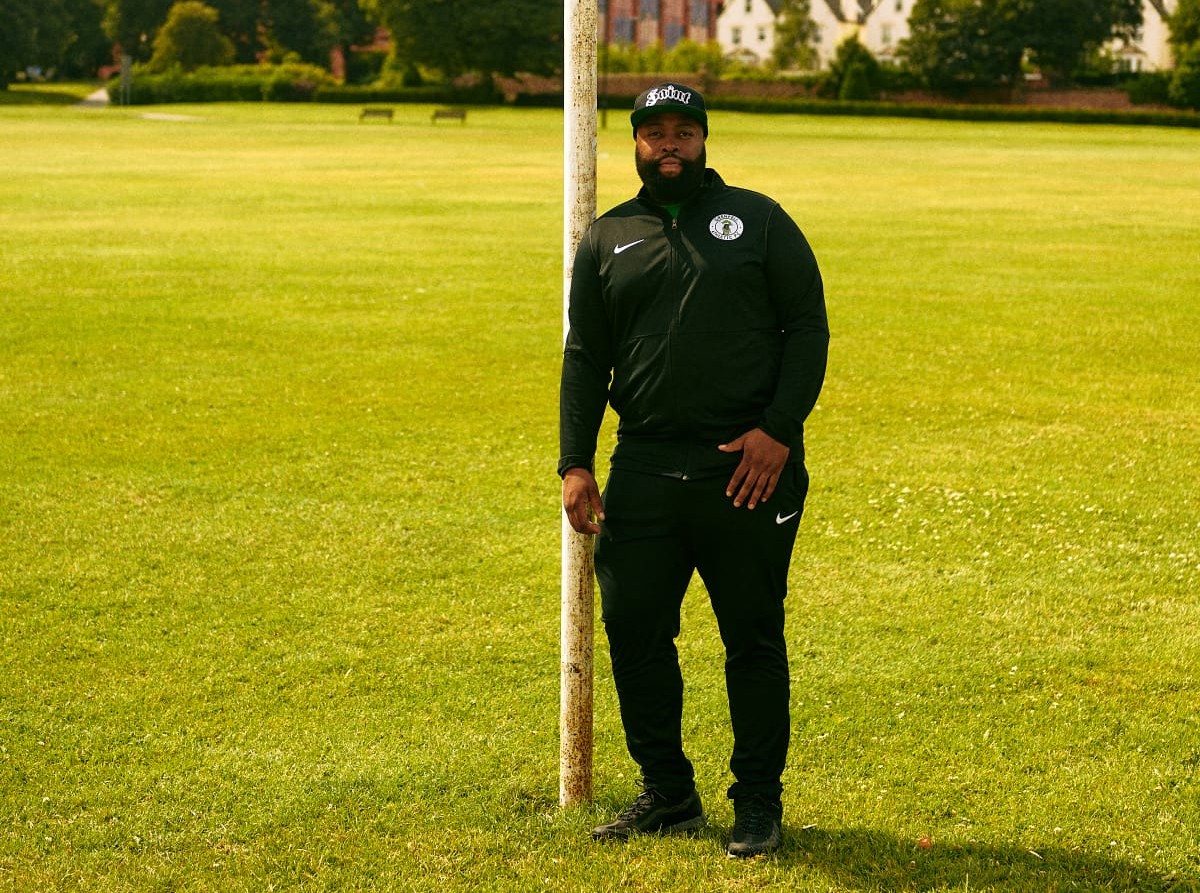 A few days after the Grenfell Tower fire, I spotted a young man wandering around outside the local youth centre that I managed at the time.

He looked lost so I asked if he wanted to come in and get anything he needed, but he declined and said he would come back tomorrow.

The following day, I was pleasantly surprised to see him return and we got chatting – he told me he was a resident of the tower. He then opened up to me about previously losing both of his parents within the space of three months a few years before the incident.

He explained how hard it all was to go through and so I asked how he coped at the time. ‘Football,’ he simply replied. It gave him the support he needed when he was at his most vulnerable. I responded: ‘Right, we’ll create a football team then.’

His response struck a chord with me because I have always loved football ever since I was a young boy. My mother put me in a Liverpool kit and I never took it off.

The first team I ever played for was my local youth club and I started in the under 10s. I made lifelong friends and from a young age realised that football could create communities.

That’s how the idea for Grenfell Athletic FC came about – as a way for me to try to help young men in my local community come together after such a huge tragedy.

I couldn’t have ever imagined how fast it would grow or how much of a personal impact it would have on me. It is my life.

I’ve lived just a few streets away from Grenfell my whole life. Growing up, I attended the nursery underneath the tower and then as a teenager, I played football with my friends on the three astroturf pitches at the foot of the building.

In the W10 and W11 postcodes, there was always a strong sense of community, which is one of the reasons why I started volunteering as a youth worker at the age of 16.

I then became the manager of the local youth centre, offering children and young people education, independency and a safe place to experience new opportunities.

On the night of the fire – 14 June 2017 – I was actually on holiday in Gibraltar when I received a phone call from a close friend asking if I was alright. Confused, I asked why and she told me to turn on the news because Grenfell Tower was on fire.

As soon as I saw the breaking news report, my heart sank. It was horrific because I had no idea who was alive. There were a number of people I knew both in the tower and the walkways underneath. A wave of overwhelming sadness came over me and I immediately felt like I needed to get back to support my home.

That afternoon, I got a flight to London and went straight to Westway Sports Club, which had been set up as a hub for homeless local community members to live and sleep in. I just started moving boxes full of things like clothes and food – trying to help out as much as I could.

In the weeks after the fire, it was revealed 72 people had died – including nine kids who attended the youth centre I worked at. I felt absolutely heartbroken so I knew I needed to do as much as I could.

I started having conversations with the locals about the idea of setting up a football team to help unite the community, and there was a lot of interest from the young men who were affected. Football could be a way of just opening up conversations.

Word started to spread so we set up training sessions for anyone who wanted to get involved. Before long, we had a combination of lads from the local community – from bereaved family members to survivors of the fire themselves.

In terms of the club name, I was initially against having ‘Grenfell’ in the title because I didn’t want people to think about the tragedy or have the players themselves be reminded of the trauma. But following a conversation with the young man that needed the support, he made it really clear to me that if we were to build the dream I mentioned to him, the name had be Grenfell.

The legacy is a way of remembering the people who died. It shows our resilience, grit and determination as a team – and we wear that as a badge of honour.

Grenfell Athletic joined the Middlesex County Football League in September for the 2017–18 season and our first match felt really impactful. I remember telling the boys to be proud of themselves and to wear their football kits with an understanding that they’re an ambassador of our community.

Before the match, we did a 72 second silence in honour of the victims, which was really emotional. We also didn’t tell many people about our first game – just close friends and family of the players – so to be surrounded by that familiarity felt so powerful. We ended up winning 6-3.

Our first season was full of ups and downs because we were still finding our feet. I think because it was still fairly recent after the fire, it was all still quite raw. So we ended up finishing fifth out of 12 teams in the season.

I was so incredibly proud of our effort but I was determined for us to do better in our second season.

Sure enough, we found our stride and ended up only losing one game throughout our second year and actually taking the top spot in the league and we won the league cup. We were absolutely buzzing for the double. Winning trophies made our cause feel so real.

For our third season, I really wanted to get our name out there, but then Covid-19 hit in the middle of it and all matches were cancelled. To help keep the club active, we partnered with Cadbury to create a limited-edition chocolate bar for us, where all of the proceeds come back to us so we can grow the football club. It’s been such a perfect partnership for us all.

Our plan is to start a women’s team – which is our primary focus to hopefully be launched early next year – as well as expand to a point where Grenfell Athletic FC becomes everyone’s second favourite team to support. I support Liverpool but I like to say that I love one, and the other I love even more – you decide which is which.

Throughout it all, the Grenfell Athletic FC players have supported each other, and it’s been so heart-warming to see. They probably don’t even realise just how important their bonds are – not just on the football pitch, but in their daily lives.

The club was never really designed to personally help me feel supported, but the team has quickly become my life. I have children but it feels like my extended football family will forever be with me.

It’s great that grassroots football can resume. It has been a very difficult period for us all. We have tried our hardest via Zoom training during the lockdown months, but it is nothing like striking a ball across some turf.

On 19 September, the boys will be back at it with their first league game in the Premier Division – something we’re all looking forward to very much.

I just hope we go from strength to strength, supporting each other at every step of the way.

You can follow Grenfell Athletic FC on Instagram here and visitKitlocker to purchase a limited-edition Cadbury’s dairy milk bar for £5, with all proceeds going directly to the team. For an extra £2, you will also receive a Grenfell Athletic Loyalty card, which grants free access to all home game.