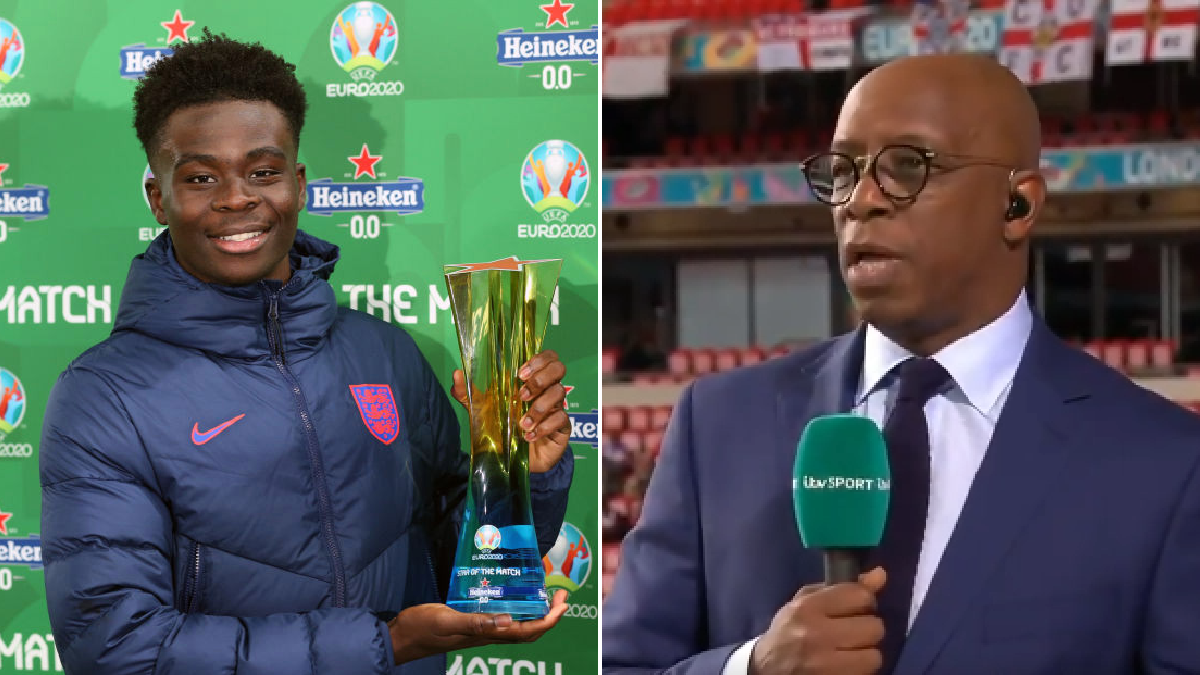 Arsenal star Saka had not featured in England’s first two group matches but more than justified his start against the Czech Republic on Tuesday evening, producing a Man of the Match performance in a 1-0 win.

The 19-year-old was influential in the build-up to Raheem Sterling’s first-half winner and both Wright and Cole singled him out as England’s star man.

Beating the Czechs means England top Group D and will face Portugal, France, Germany or Hungary next, with the last-16 clash set to take place at Wembley next Tuesday.

Former Arsenal and England striker Wright told ITV Sport: ‘What we saw tonight was him [Saka] come in and give England that thrust.

‘He got forward, played the ball and enjoyed himself. He was brilliant. England have got competition now.

‘Phil Foden will see that and know there’s someone who can rival him. Saka has shown he’s not bothered who he’s playing against, he just goes out there and does his job. He did a great job today.’

‘It was one of those nights where we said to the players there was a bit more freedom because the consequence of a draw or a loss wasn’t fatal, so hopefully a bit less pressure for them to play which is rare in a tournament.

‘But equally we wanted to win because finishing first or second, we didn’t know what the best route would be but we did want to stay at Wembley with more fans which is great.

‘For the players to deal with the disruptions we’ve had, it was difficult for the staff but with the players we changed the way we were going to defend this morning and had no time to go through it on the training pitch at all.

‘We just had to talk through it in meetings and though it wasn’t watertight I thought they adapted really well.’