After a miserable decade without a Scudetto, AC Milan are BACK! Zlatan Ibrahimovic’s leadership, the composure of Simon Kjaer and Stefano Pioli’s mentality shift has Milan dreaming of supremacy again

Cristiano Ronaldo’s Juventus is one, Bundesliga pair Bayer Leverkusen and Wolfsburg are two others.

And then there is AC Milan, the fourth side unbeaten. Of the four they have the most wins, the most points and the most goals scored and hold the best chance of dethroning the current league champion. 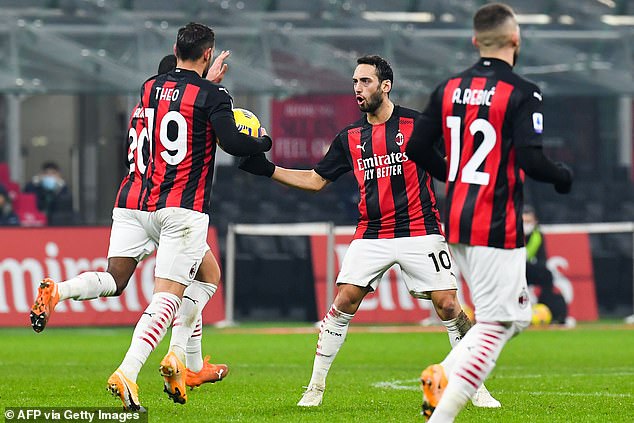 AC Milan had become something of a footballing purgatory since winning Serie A in 2010-11 under Massimiliano Allegri.

While they finished 2nd and 3rd in the two seasons that followed, form declined, talent declined, managers changed with increasing frequency and league finishes became 8th, 10th, 7th, 6th, 6th, 5th and 6th. For one of the Champions League’s all-time great competitors, they have fallen by the wayside.

Stefano Pioli came in and his announcement was met with a Twitter trend of #PioliOut. Faith was in short supply and yet here they stand, top of Serie A, full of belief they can oust Juventus and end a decade’s wait for supremacy.

Sportsmail picks out five key areas behind their success in 2020…

‘Milan never had a king, they have a God.’

It was classic Ibrahimovic, always the one for the boldest proclamations and this latest yarn followed his brace to down Inter Milan.

It would be wrong to suggest this current Milan are solely reliant on Ibrahimovic, too. 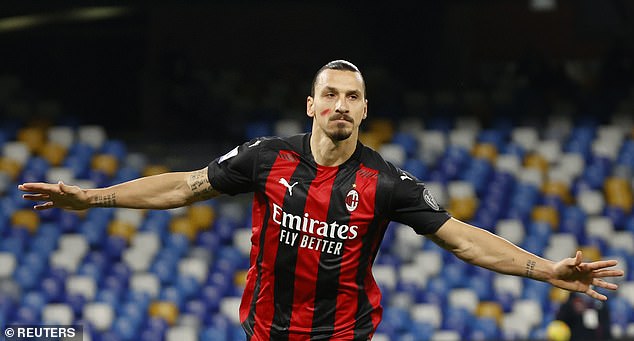 He is the joint-top scorer in Serie A alongside Cristiano Ronaldo with 10 goals so far.

But injury has him on the sidelines currently and his impact is felt as much in a leadership role as it is in a goalscoring role.

Mino Raiola may think his client can play for another five years and, from experience, it is never wise to write off Ibrahimovic.

But his winning mentality and big game experience rubbing off on team-mates is what is standing out while he is out of the side. 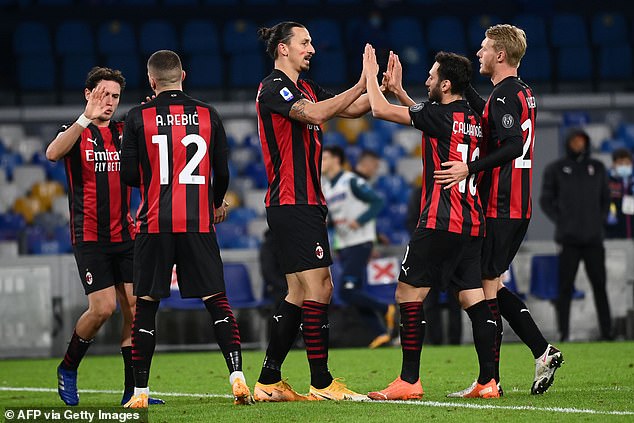 He is a reference point for others to look towards, a beacon of hope when games get tough and rivals dig in. He barks orders, gesticulates wildly and demands excellence.

It can seem overbearing but it is that kind of demand that lifts standards across the board. Ibrahimovic knows a side hinged on a 39-year-old isn’t built to last.

‘I think I transmit my charisma to my team-mates, I always want to train because I feel better,’ he said recently.

‘I tell people of my same age to believe in themselves and never give up. The team must have the courage to dream of winning the Scudetto, we have a long way ahead. The team is hungry and willing, we want even more.’

When tracing back to when things began to turn for the Rossoneri it is as important to highlight Kjaer as it is to highlight Ibrahimovic.

Pioli agreed when it was put to him recently.

‘I believe that our journey began in January with the arrival of Ibra, [Simon] Kjaer and [Alexis] Saelemaekers,’ he said. ‘We changed the way we play and how we stay on the pitch. Results have boosted our self-confidence.

The Danish international had played in every match up to the Europa League home win against Celtic and his absence was felt at the back against Sampdoria, but particularly in the 2-2 draw with Parma. 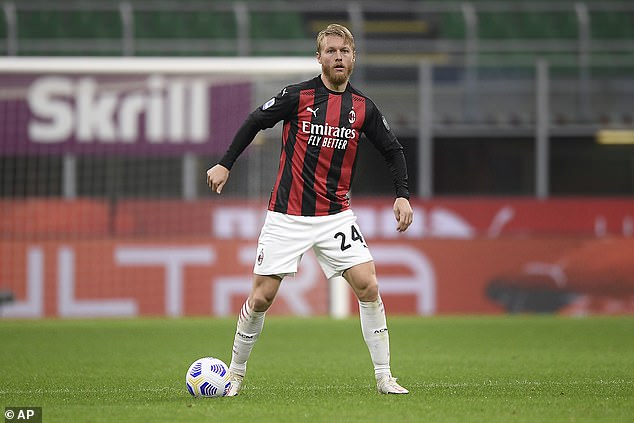 Kjaer, 31, has plenty of experience but can wilt when short on confidence. He has described Pioli as ‘the perfect coach’ for him and that has showed in his assured performances.

The Dane came without much fanfare but is a pillar of their success today and it is no surprise to see reports the club are looking to extend his deal beyond its current June 2022 termination. He is a leader and has made himself an essential piece of the jigsaw.

‘Paolo Maldini and Frederic Massara brought me to Milan in order to have a voice in the dressing room,’ he told Gazzetta dello Sport earlier this season.

‘I arrived in a complicated moment for Milan, but despite the criticism that was raining down on us, I knew there was quality in these players. Now the situation has changed completely, there are good results and enthusiasm, but we must remember it doesn’t take much to slide back down.

‘This group has shown maturity and we will try to get Milan back where they belong.’ 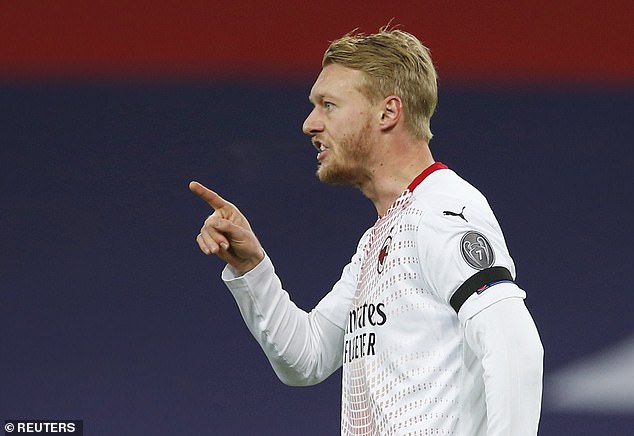 As much as Milan’s hierarchy are urging caution on Norwegian wonderkid Jens Petter Hauge, the train has seemingly left the station, such is the excitement around the midfielder’s potential in red and black.

For all the experience Milan have in Ibrahimovic and Kjaer, much of the excitement among supporters right now is being stirred up by emerging talents such as Hauge.

It was against Milan impressed, playing for Bodo/Glimt and he has kicked on ever since, edging ever closer to producing a strong case for a starting role.

He has four goals already this season, netting the winner in the last Europa League game against Sparta Prague and the 21-year-old’s stock is now as one of Europe’s most exciting young players. 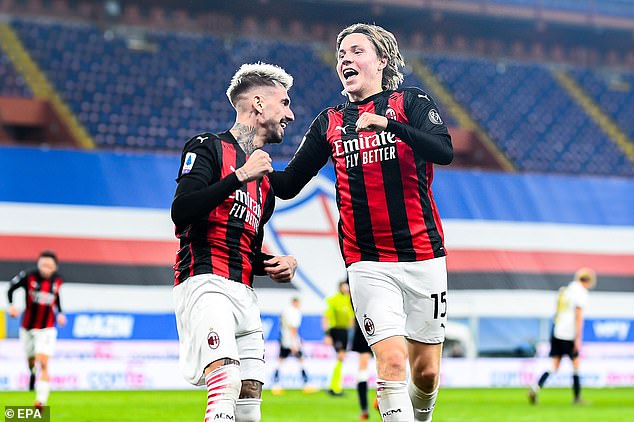 Hauge is brimming with confidence and plays with a freedom that suggests he was born for big stages.

Pioli can turn to him for creativity in the league when Milan get stuck and his impact is felt even outside of goals and assists.

He is blessed with superior dribbling skills to many of his opponents and has shown so far, particularly in the Europa League, that he favours a direct approach to goal.

‘I think this Milan, that has a mix of young talents and several experienced Scandinavian players, is perfect for Jens Petter,’ a family friend told Norwegian media.

‘He is really motivated to play and continue his growth path. He knows how to work to achieve his goals.’

Those like Ibrahimovic are good for the short term but Pioli is building for now and the future and Hague is a diamond Milan found in the rough.

Pioli has changed the narrative

There was a great deal of disappointment when it was announced that Pioli would be the next man up in Milan.

Milan were three points off the relegation zone when he arrived, etching his name into their history as the club’s eight manager in five years.

His man-management skills are among his most impressive traits and they were been shown best at the San Siro llast season with Ante Rebic and Alexis Saelemaekers.

Rebic was anonymous and his impact limited in the brief tenure of Marco Giampaolo but under Pioli he became a jewel in this Milan side.

Saelemaekers, 21, is developing into a cornerstone piece for Milan to build around for the future, a real diamond.

Hague is the latest to flourish under Pioli. Kjaer, remember, calls him the ‘perfect coach’.

Not only is he coaching improved performances out of players he has managed to shed the hard-luck story that has clung to Milan in the last five to six years.

Pioli has managed to blend youth with experience, find a system that can be strong at the back and eye-catching up top, and won round a fan-base that had condemned him to end up on the scrapheap.

He’s won nothing yet and he knows it. But having galvanised a group since the start of the year to believing they can be the ones to end Juventus’ decade of dominance is quite something.

Former England boss Fabio Capello is a big believer in Pioli and his ambitious project in Milan. 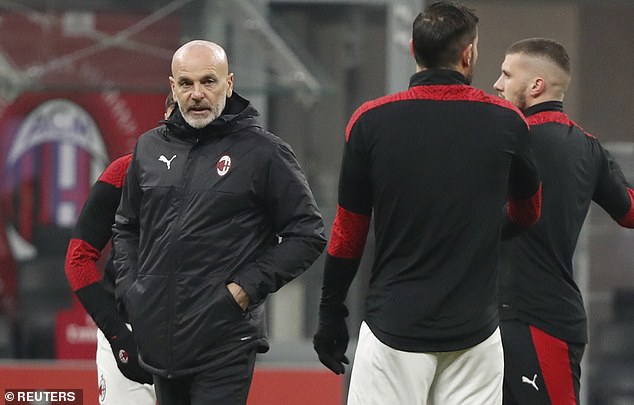 ‘He has huge merits that in my opinion aren’t fully recognised,’ Capello told Corriere della Sera earlier this month.

‘In the past, with Lazio, with Fiorentina, Stefano had shown to be a coach with ideas and personality.

‘He needed time and trust. Keeping him this summer was the right decision and he proves it now.’

Pioli has bounced around the league to varying degrees of success but with an all-time great in Ibrahimovic leading the line plus generational talents such as Sandro Tonali and Gigi Donnarumma to call on, he has the ingredients to cook up a storm in this strange pandemic season.

Rivals are finding their feet

Milan deserve lots of credit but part of their success this season has fallen down to rivals still finding their feet.

Juventus under Andrea Pirlo have looked like Bambi on ice at times and while the Bianconeri remain unbeaten, they have not convinced to the same degree they did under Antonio Conte or Max Allegri.

Pirlo’s side have five draws from 11 games and that sort of return will ensure they won’t be picking up a 10th straight title come the end of the season.

Only Verona have been as mean defensively as Juventus and even despite the slow start they are within touching distance of Milan. The two sides meet at the San Siro on January 6 and that should be fascinating. 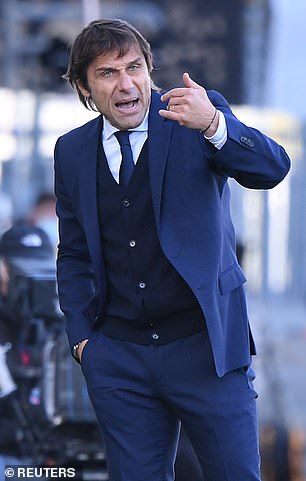 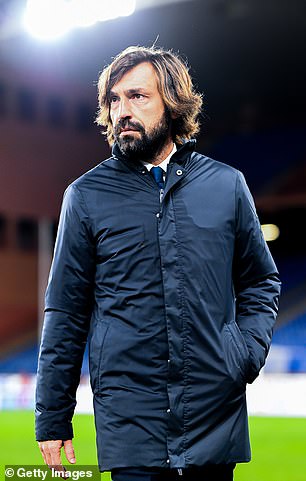 Inter finished a mere point behind Maurizio Sarri’s Juventus last season and further additions in the form of Achraf Hakimi and Arturo Vidal, to name two, were expected to get them over the line with Juventus expected to be slow out the gate with Pirlo.

Defeat in the Milan derby set the tone, Ibrahimovic’s brace made Romelu Lukaku’s contribution nothing more than a consolation.

Conte never looks far from a meltdown but while there was real disappointment at dropping out of Europe, it could be majorly beneficial to their title aspirations.