Inter Milan boss Simone Inzaghi says Ivan Perisic ‘does it all’ and is a ‘complete’ player as he hopes the out-of-contract Croatian will shun interest from Tottenham, Chelsea and Juventus and stay at the San Siro

Versatile Perisic has played in all but three of Inter’s games this season, although the title contenders are reportedly struggling to agree to his demands for a three-year contract worth £100,000.

That could allow Tottenham to reunite Perisic with Antonio Conte, his manager when Inter won Serie A last season – and reports in the Italian media have also claimed Chelsea have an agreement to sign the 33-year-old once their takeover is complete. 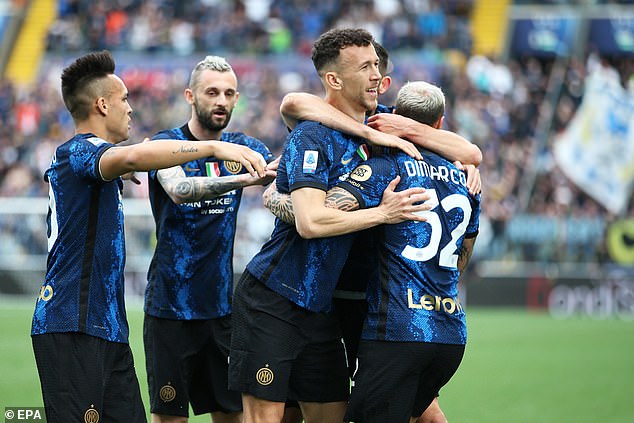 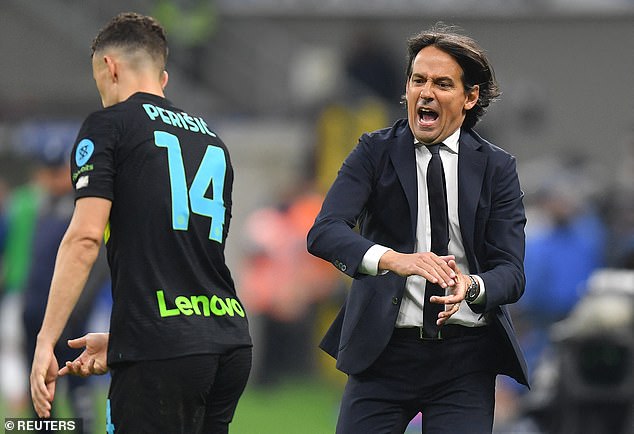 Asked whether he wants Perisic to stay, Inzaghi told a press conference ahead of his side’s title-deciding final day in Serie A: ‘Of course it’s what I want.

‘He has impressed me; training him has really impressed me. He has exceeded my expectations.

‘I have faced him as an opponent, he is a top player. He has had a great season. He has quality and quantity – he does it all and is complete. I hope there is some good news soon about his future.’

Perisic, who has been heavily linked to Juventus, could win the fourth domestic title of his career if leaders AC Milan drop points at 10th-placed Sassuolo in the final round of Serie A fixtures on Sunday. 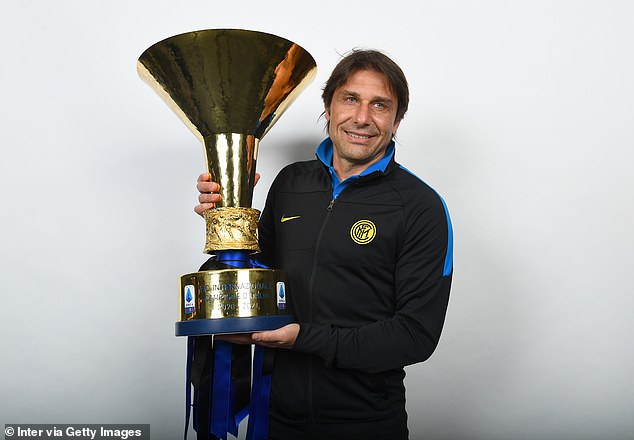 Perisic was a regular for Inter’s title-winning side under Antonio Conte, who is now with Spurs

Milan have a formidable away record but a draw would give Inter the title thanks to their superior goal difference if they win at home to 15th-placed Sampdoria.

That would allow Perisic, deployed by Inter as a wing-back, to lift the Scudetto for a second successive season and add to his title triumphs with Borussia Dortmund in 2012 and Bayern Munich in 2020.

Inzaghi warned: ‘We know we must give our all. It is not in our hands but we must win and see what happens.

‘I will speak to the club soon and we will discuss next season. We will plan and look ahead together – I have a great rapport with the club.’