Inter Milan 2-1 Lazio: Milan Skriniar scores winner as Simone Inzaghi’s side return to the top of Serie A with fellow defender Alessandro Bastoni getting a goal and an assist

Inter Milan defender Alessandro Bastoni scored one goal and set up another in a 2-1 win over Lazio at San Siro on Sunday, as the champions reclaimed first place in Serie A with their eighth consecutive league win.

The Italy international fired home a superb long-range opener after half an hour, but Lazio captain Ciro Immobile soon equalised.

Milan Skriniar headed home the winner in the 67th minute from an inviting Bastoni cross, giving Nerazzurri coach Simone Inzaghi his first victory over the club he led for five-and-a-half years before joining Inter in the off-season. 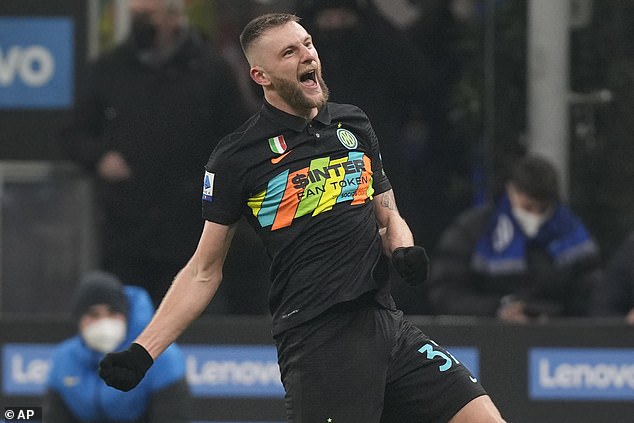 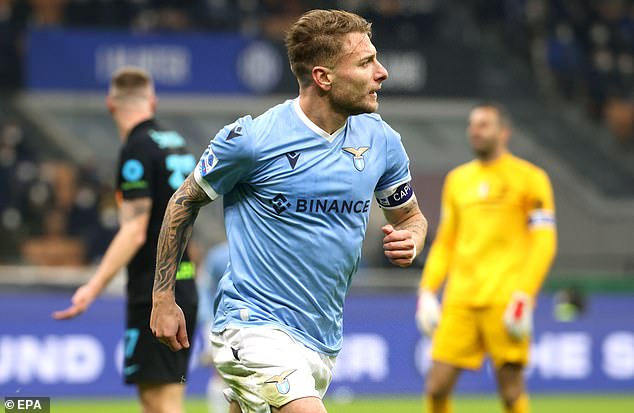 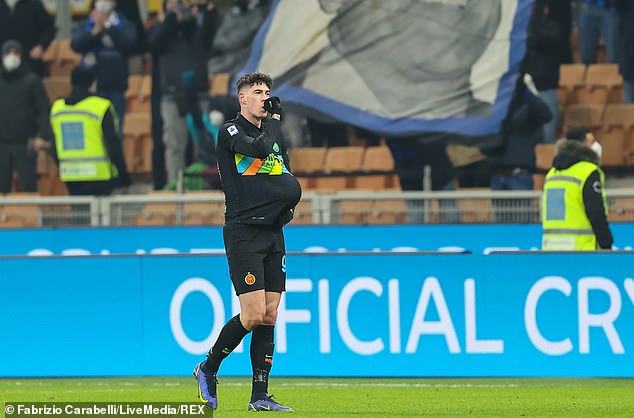 Inter are top with 49 points, one ahead of AC Milan with a game in hand, while Lazio are eighth with 32 points.

‘We have the league winners’ badge on our chest and we want to defend it at all costs,’ Bastoni told DAZN.

‘In the last two years we have created a winning mentality, we want to continue like this.’

Inter were out for revenge against the only team to have beaten them in Serie A so far this season, and came into the game in formidable form, after winning their last six without conceding.

Lautaro Martinez had an early strike disallowed for offside following a VAR review before Thomas Strakosha produced an excellent save to deny the Argentina striker. 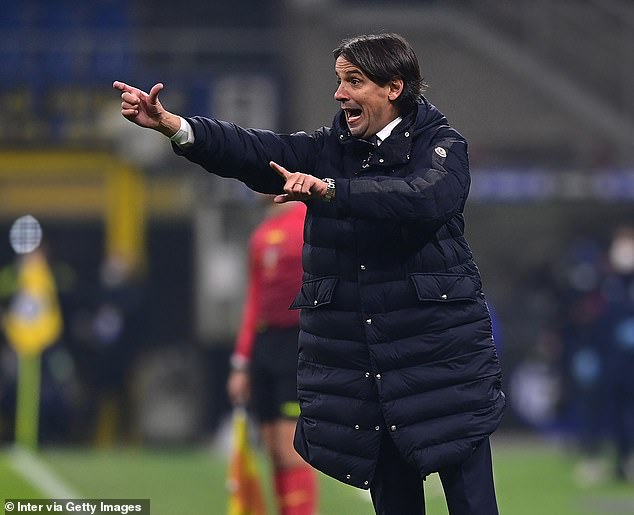 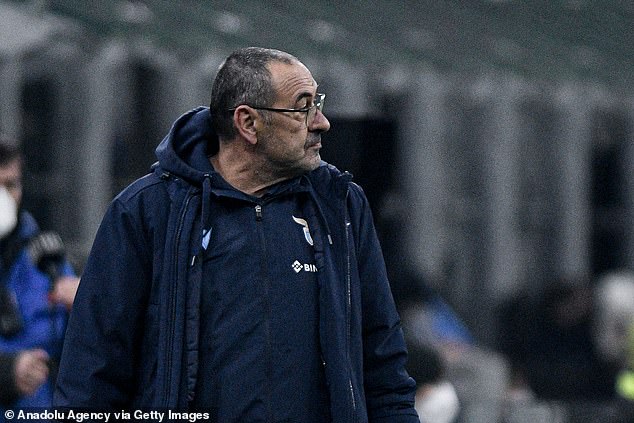 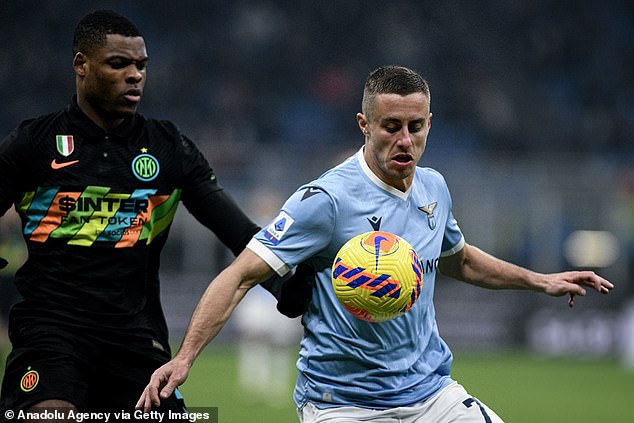 But Inter took the lead in style when a corner was cleared to Bastoni, who guided a curling low shot around a line of Lazio defenders and into the bottom corner from long range.

Some quick thinking from Danilo Cataldi led to Lazioâs equaliser, as the midfielder played a ball over the top that caused confusion in the Inter defence, and Immobile profited.

It was the Italy strikerâs 15th league goal of the season, making him the third player in Europeâs top-five leagues to reach that tally in six consecutive seasons after Liverpoolâs Mohamed Salah and Bayern Munich striker Robert Lewandowski.

Inter are the top scoring team in Serie A and rarely have trouble finding the net, but they again had a defender to thank for giving them the lead when Skriniar thumped a header off the bar and in to seal an important victory.