Antonio Conte’s side put one hand on the trophy with a 2-0 win against Crotone on Saturday, but Atalanta’s 1-1 draw at Sassuolo on Sunday ensured the Serie A leaders retained an unassailable 13-point cushion with four matches to spare.

The three points, courtesy of Christian Eriksen and Achraf Hakimi goals, already brought an end to Juventus’ nine-year winning cycle which was kick-started by Conte himself in 2012 and continued by Max Allegri and Maurizio Sarri last term. 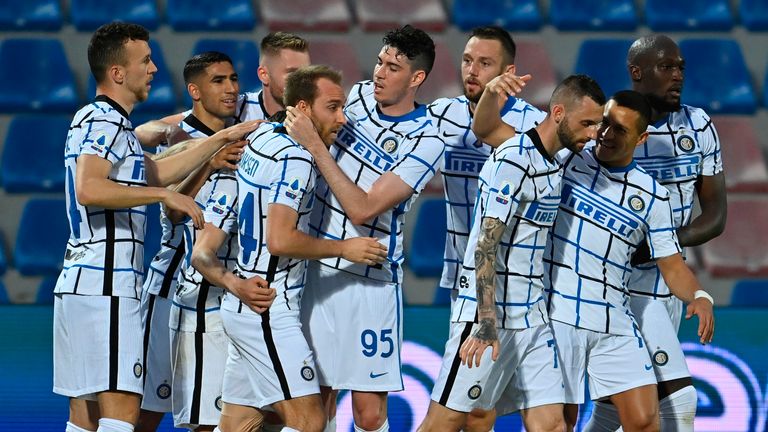 Inter have only twice tasted defeat this season – two 2-1 losses in the Milan derby in October and at Sampdoria in January, the latter followed by an ongoing 18-game unbeaten run which saw them collect 14 wins, 11 of them in a row.

Conte’s side snatched top spot from AC Milan on February 14 and have held it ever since, with a 3-0 triumph over their cross-city rivals in February making them the runaway leaders during the business end of the season.

Juventus were expected to compete for the title yet again but endured a torrid season under Andrea Pirlo, with their spot in next season’s Champions League still hanging in the balance.

Stefano Pioli’s AC Milan looked like the closest contenders and were top of the table at Christmas, but they failed to keep up with their spectacular early-season form and have now also slipped into a top four dog-fight.

Analysis: Conte comes back to end what he started 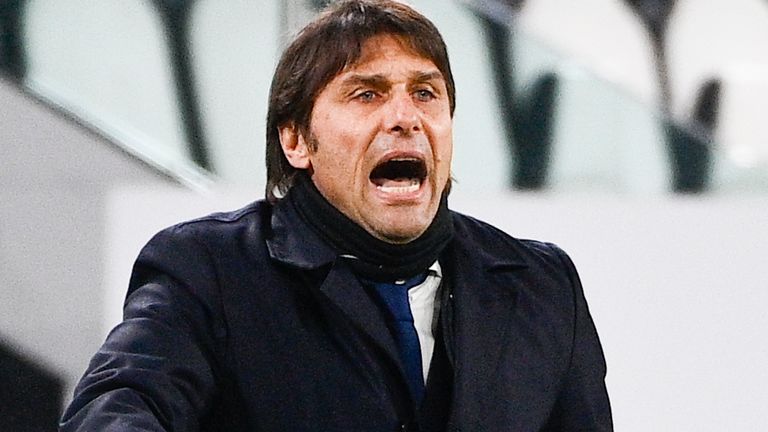 The much-coveted Scudetto ends the Nerazzurri‘s decade-long trophy drought and represents their first league title since 2010 when Jose Mourinho led a side including Samuel Eto’o, Wesley Sneijder and Patrick Vieira to a Serie A, Coppa Italia and Champions League treble.

Twelve different managers including Claudio Ranieri, Walter Mazzarri and Roberto Mancini took the reigns at San Siro in the following nine years but the club languished in Serie A, finishing as low as ninth, failing to reach a major final and enduring a six-year absence from the Champions League. 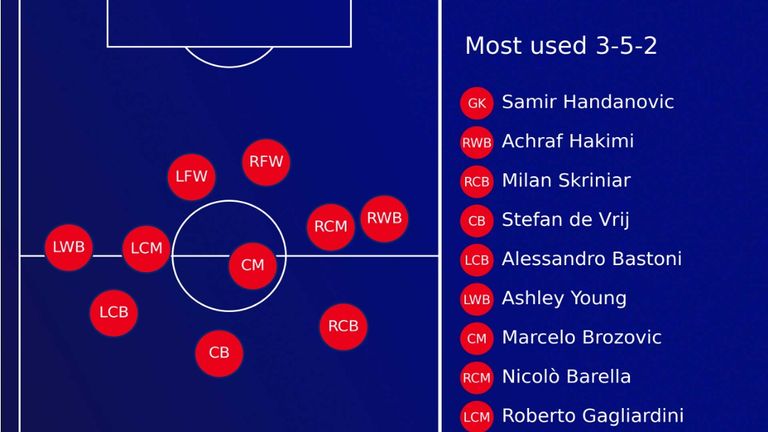 It was Luciano Spalletti who took the club back on the European big stage, but much of the credit has to go to Conte. He made sure that one of Italy’s biggest sleeping giants could finally return to their former glory, instantly leading them to a second-placed finish and their first European final in ten years.

Yes, he came in with a high degree of expectation and was positively backed in the transfer market, but he quickly identified the team’s strengths and weaknesses and successfully developed a recognisable style of play which so often marked the achievements of his career – based on resolute defending and devastating counter-attacks.

It has not been plain sailing though. A drab performance in the derby loss against Milan and draws against Parma and Atalanta brought them as low as seventh in November. To make things worse, Conte suffered a humiliating elimination from the Champions League, finishing bottom in a group with Real Madrid, Borussia Monchengladbach and Shakhtar Donetsk – who they even twice failed to score against. 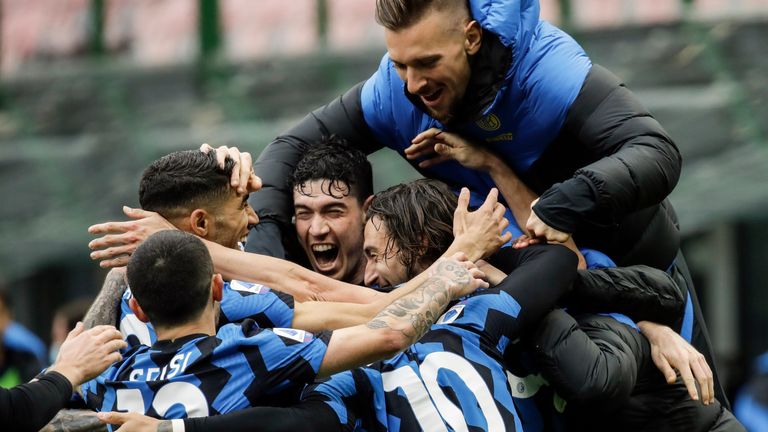 So, considering Inter’s squad depth and their lack of European commitments, the Serie A title was not just viewed as the main target, but as a necessity to turn an otherwise ruinous season into a highly successful one. They have done so in great fashion, convincingly and deservingly churning out the wins in routine style, as great teams do.

Conte remains the architect but the influence of Romelu Lukaku, Hakimi and Nicolo Barella – the best striker, wing-back and midfielder in Italy – cannot go underestimated. After much frustration, Eriksen too was able to secure himself a regular starting spot and it’s fitting that his goal at Crotone is now being pointed at as the Scudetto clincher.

Perhaps this could also be the start of a turnaround in European fortunes. Next year Inter will enter the Champions League group stage draw in Pot 1 so it is now imperative for the club to talk about the future with Conte and make sure the club continues to grow rather than wither.

How Lukaku inspired Inter to the title 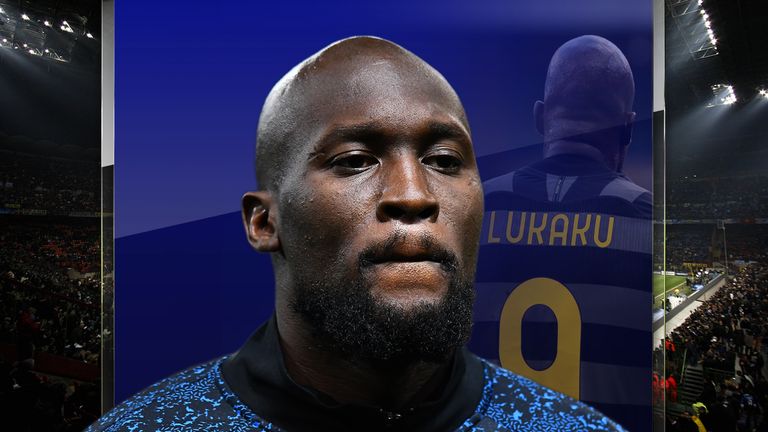 “I have not forgotten how a lot of people turned their nose up when we signed Lukaku and said he was overrated,” noted Antonio Conte after the win over Sassuolo. “But I always said that he arrived here with potential and that if he worked hard he could do extraordinary things. Lukaku has made exceptional improvements and can make even more.”

Romelu Lukaku has been a revelation at Inter. With 21 goals this season, he is the team’s top scorer and the key player in ending Juventus’ nine-year dominance in Italy.

For the man himself, it is his first league championship since his time as a teenager at Anderlecht and a point proven after his Manchester United exit. At 27, he has answered those critics who focused on his limitations. He has done so by eliminating them.