Scotland felt on top of the world a week ago after qualification for Euro 2020.

But the reality of successive Nations League defeats is that their World Cup hopes have taken a battering.

Steve Clarke’s side only had to beat one of Slovakia or Israel to win their group and so increase their chances of a play-off place ahead of Qatar 2022. 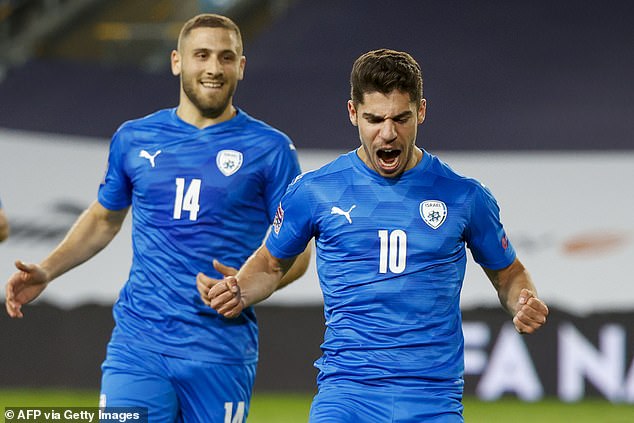 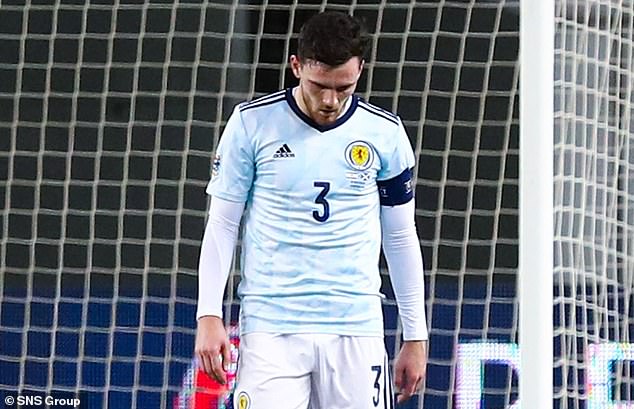 The Scotland side, led by Andy Robertson (pic), lost for the second time in four days 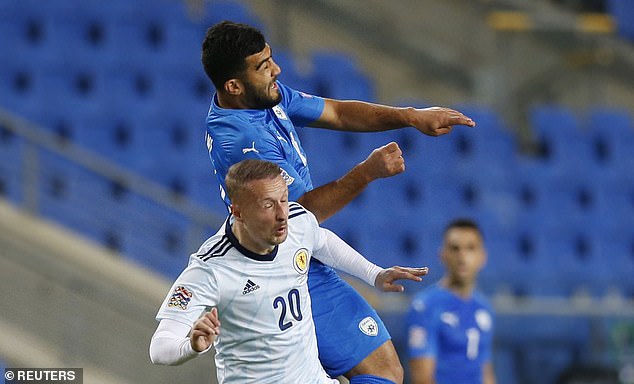 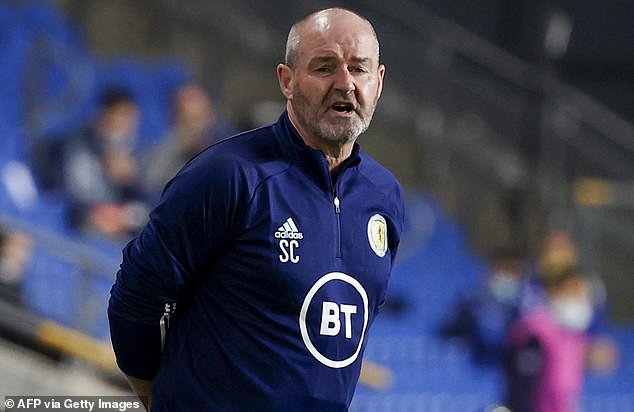 But a pair of 1-0 defeats means they miss out on promotion to the top tier of the Nations League, and that would have been some achievement considering they started in Pool C two years ago.

Yes, they would have probably settled for a place at next summer’s Euros above all else entering this international break, but this feels like an opportunity missed, with Czech Republic claiming top spot. 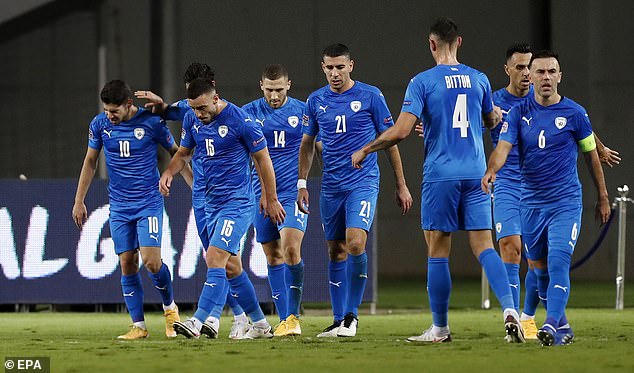 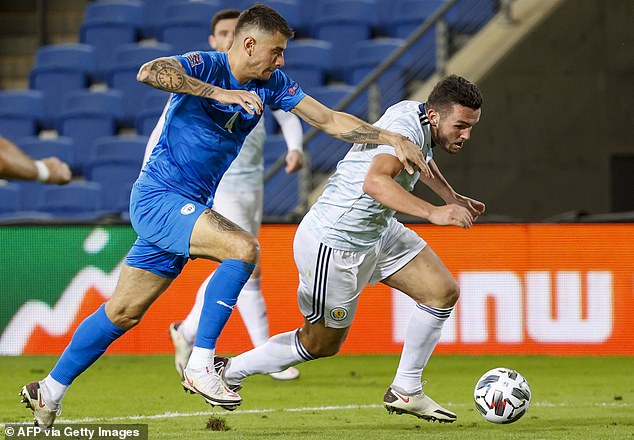 Israel scored the only goal on 44 minutes when Manor Soloman danced around Scott McTominay and finished low across David Marshall, the hero from last week’s penalty shootout win in Serbia.

That apart Marshall was a spectator, but his opposite number Ofir Marciano, of Hibernian, was hardly troubled either.

Scotland could have no complaints.