‘It’s a SURRENDER’… Andrea Pirlo has ‘a derby to save himself!’ Under-pressure Juventus boss has ONE game against Torino to save his job after the shock loss to Benevento

Andrea Pirlo has one game to save himself as Juventus manager after a shock home defeat by Benevento on Sunday, according to the Italian media.

Juve’s quest to win 10 Serie A titles in a row is slipping away, after Adolfo Gaich snatched a winner for the visitors at the Allianz Stadium, leaving Pirlo’s team 10 points off leaders Inter Milan.

After being knocked out of the Champions League by Porto too, the inquest in Turin has begun and Tuttosport claim Pirlo has to win the derby against Torino on April 3 otherwise he faces the sack, running with the headline: ‘Pirlo and Torino, a derby to save themselves.’ 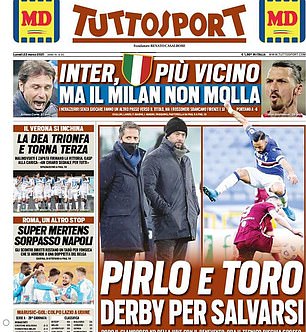 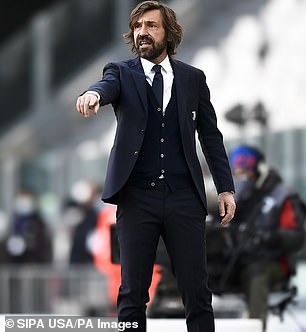 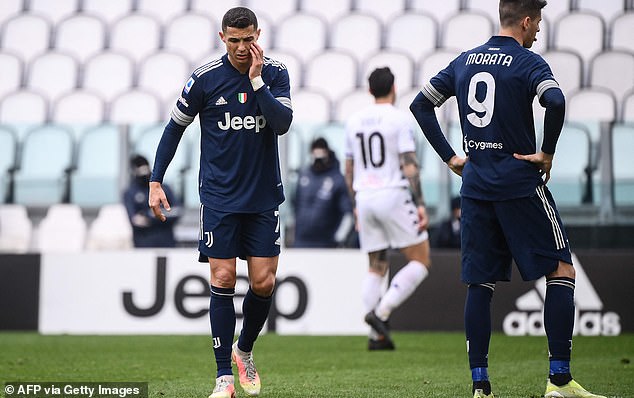 The outlet believes that ‘everything is at stake’ in the derby following the international break, with Pirlo in serious danger of losing his job.

Similarly, Corriere dello Sport described Juventus’ loss as a ‘surrender’ in the Serie A title race.

Juve are now third in the table, 10 points from Inter and four points from AC Milan in second, who won on Sunday.

The publication also believes qualifying for the Champions League places is far from guaranteed – Juve are currently just two points ahead of Napoli in fifth place. 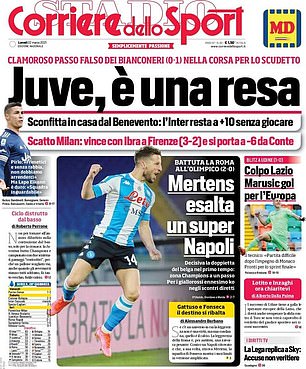 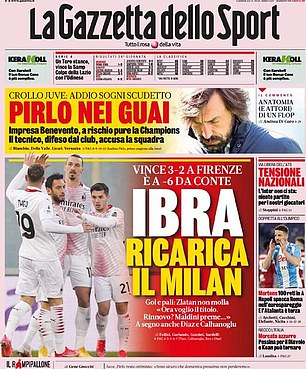 Pirlo, who has endured a difficult first season in charge of the Old Lady, remained defiant afterwards: ‘It’s not a question of pressure, we had to play a better game, we had to win.

‘We had a bad game in every way. We rushed too much, we made too many mistakes.

‘We have to continue to believe in the title. We must continue to follow our path to be able to try to stay there. The objective does not change, it is the head which must change.’ 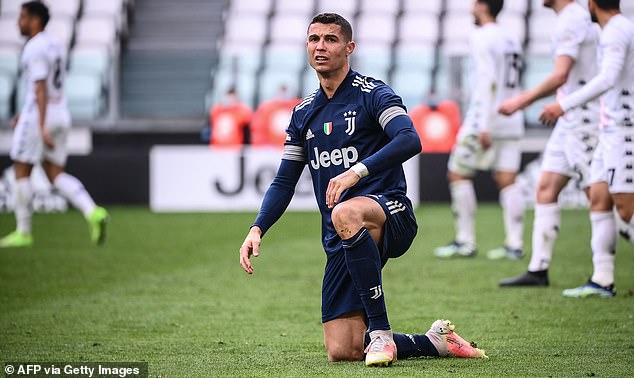 Juve do still have a Coppa Italia final to look forward to, against Atalanta on May 19, but have endured an underwhelming season after dominating for so long domestically.

The past few weeks have also been overshadowed by questions about Cristiano Ronaldo’s future, with the Portuguese heavily linked with a return to Real Madrid this summer.