Sunday was a day of immense sporting success for Italy, and their President Sergio Mattarella has held a reception to commemorate the success of the national football team and tennis player Matteo Berrettini.

The Wimbledon runner-up joined the newly crowned European champions for a reception Quirinale Palace in Rome to commemorate their success.

The Italians defeated England at Wembley on penalties on Sunday night after drawing 1-1 following extra-time. 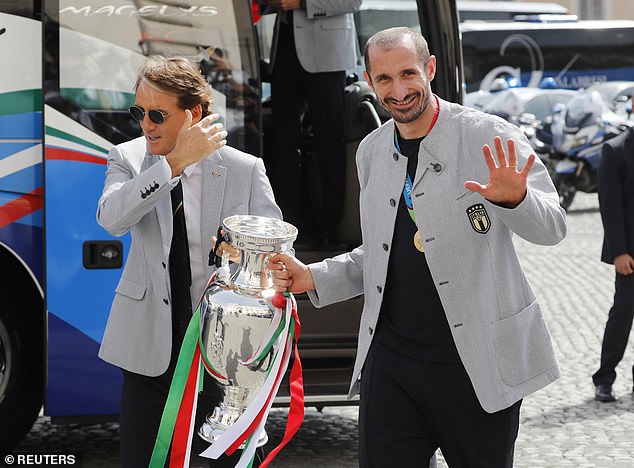 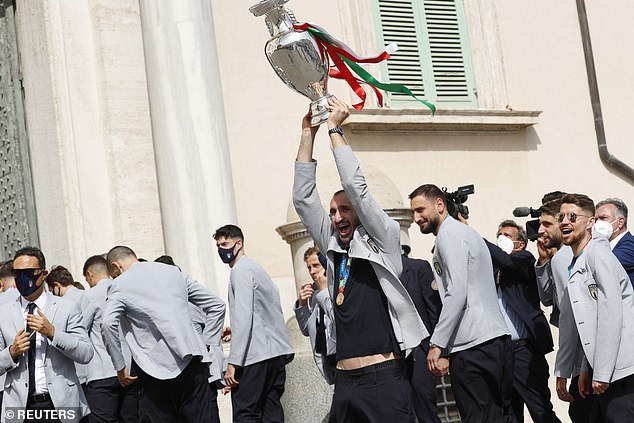 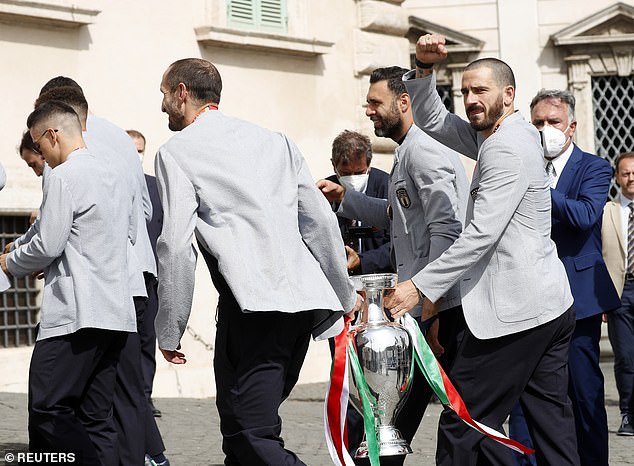 Leonardo Bonucci, who scored at Wembley, waves to the Italy supporters greeting the team

Berrettini was in attendance at Wembley alongside President Mattarella. Earlier that day, Berrettini had been defeated in four sets by Novak Djokovic in the Wimbledon final.

Despite the defeat, it was still an immense achievement for the 25-year-old. He had previously only been as far as the quarter-final in any grand slam and at Wimbledon, he had not previously been past round four.

‘I’m really happy with the final and hopefully it will not be my last one here or my last one in a Slam,’ said Berrettini after the match.

‘I’m so honoured to be here and it’s been a really great run for two weeks. Also with [winning] Queen’s, I could not ask for more. Well, maybe, a bit more.’

The football team brought the Henri Delaunay trophy with them to show Mattarella after getting their hands on it at Wembley on Sunday night. 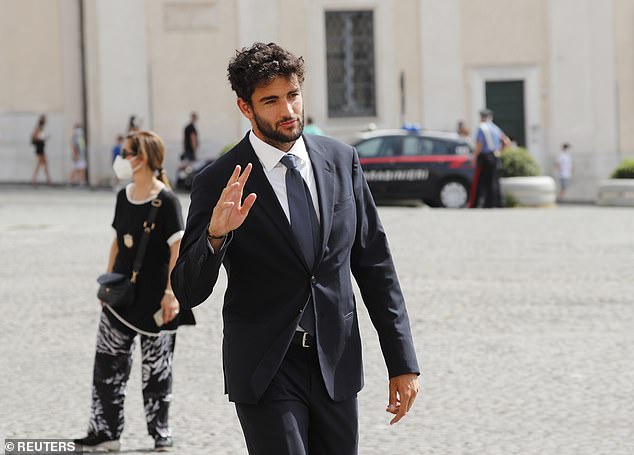 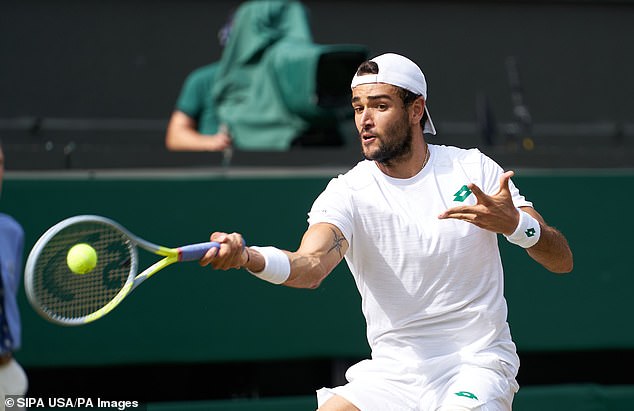 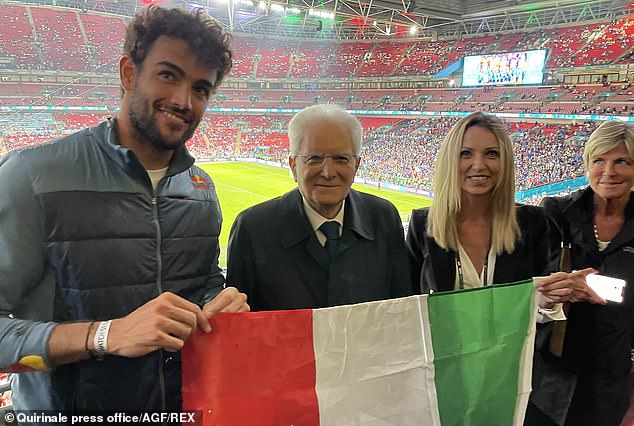 Leonardo Bonucci, the goalscorer for Italy at Wembley, said the trophy will usher in a new era for Italian football.

‘We had the disappointment of the failure to qualify for the World Cup (in 2018), but you always need to believe, strive for the top and never give up,’ Bonucci said.

‘This is a renaissance for Italian football. I’m sure now that this squad and coach will still make plenty of headlines going forward.’