‘Ian and Gary can be as partisan as they want… I just nudge them in an understated way’: ITV presenter Mark Pougatch says his brain is ‘wired’ to be neutral but won’t stop colleagues Wright and Neville from using ‘we’ during England’s clash with Senegal

While the rest of the country will be concerned only with the possibility of an England victory, there is one individual who will need somehow to remain mostly impartial during the huge World Cup clash against Senegal.

As a seasoned TV anchor, however, Mark Pougatch is almost conditioned to put the story before patriotism and insists he will have little difficulty retaining some measure of decorum on Sunday night.

Instead the tub-thumping – or God forbid, breast-beating – will be left to Ian Wright and Gary Neville, his punditry colleagues inside the Al Bayt Stadium in Qatar. 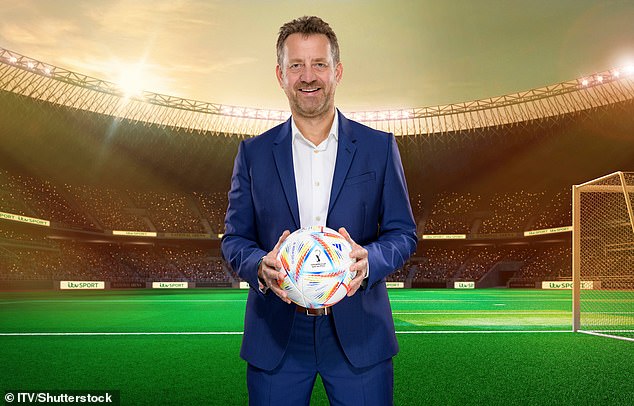 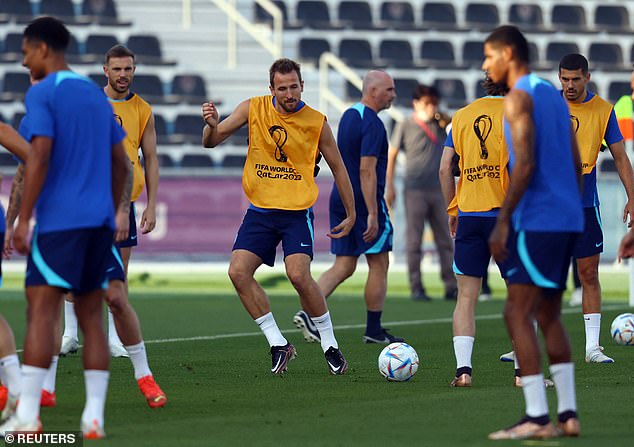 ‘Ian and Gary can be as partisan as they want, so I leave that to them,’ Pougatch tells Sportsmail. ‘I would never use the word ‘we’ but they played for England so they can.

‘To reflect what’s going on back home, it’s impossible not to [be a bit partisan]. I just sort of nudge them along the road or reflect the excitement back home, in a slightly different, more understated way.’

The one drawback, it turns out, of his privileged position fronting TV coverage is that Pougatch struggles ever to experience a sporting event with the joy of a punter.

‘It’s what I do the whole time,’ he says. ‘I went as a punter to the England vs New Zealand Cricket World Cup final with my wife. I was a bit of a nightmare because in the last over I thought New Zealand were going to win. And I was telling her what an amazing story it would be if New Zealand win, given how many people live in New Zealand.

‘She just looked at me and said “can you just be a punter for once?” I think my brain is wired this way now. I’ve been thinking, you know, Senegal without [Sadio] Mane, and with a coach [Aliou Cisse] who was their captain in 2002. And who lost members of his family in a tragedy. If they were to win, you know…’

Almost 17million viewers tuned into England’s final group-game against Wales. You assume the audience will be even bigger on Sunday night. So, what about the pressure of the occasion? Does that at least get to him?

Not a chance. ‘I absolutely love it,’ he says. ‘This is this is why I do it. I don’t lose any sleep over it. I really look forward to it. It’s a massive privilege to do this. You know, I grew up watching people doing this. To be at the other end and to have the responsibility of doing it, is fabulous. It really is.’