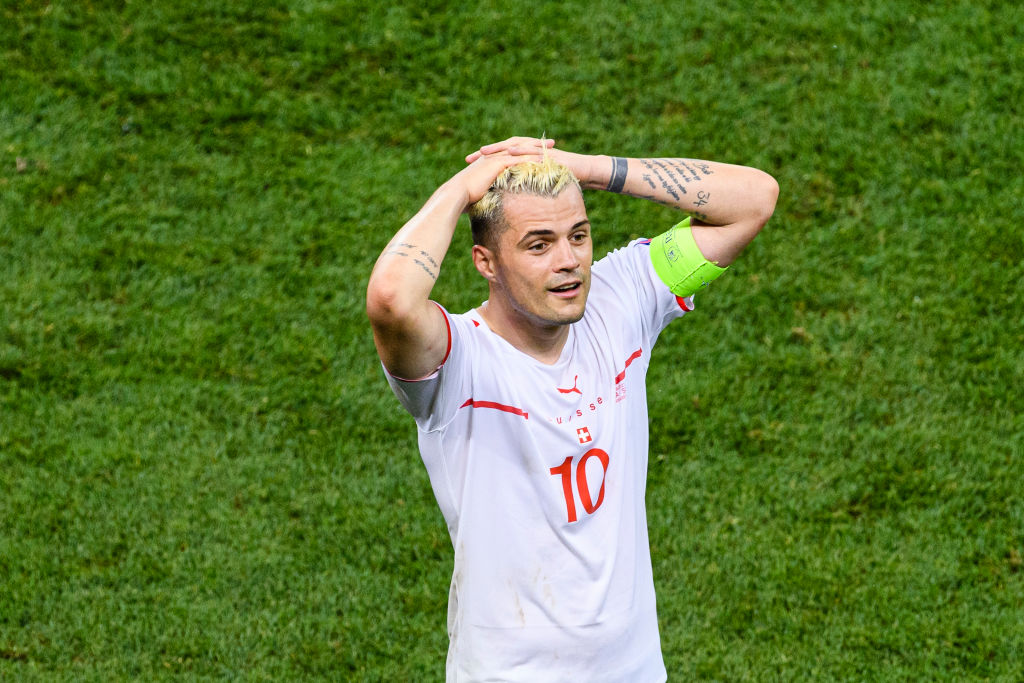 Graeme Souness has taken aim at Granit Xhaka for his ill-discipline and claimed he’s ‘never fancied’ the Arsenal midfielder as he was forced to miss Switzerland’s Euro 2020 quarter-final clash against Spain.

Despite being awarded the man of the match award for his top display against France in the previous round, Xhaka also picked up his second yellow card of the tournament which ruled him out of action for the quarters.

Switzerland almost coped without their captain and leader as Vladimir Petkovic’s side took Spain all the way to penalties on Friday, however, unlike against Les Bleus, they were defeated in the shootout.

Xhaka has a patchy disciplinary record for Arsenal having committed 234 fouls in the Premier League, leading to 42 yellow cards and three red cards over his five-year spell at the Emirates.

The 28-year-old has also faced plenty of criticism centred around his mistakes in the middle of the park, despite being a regular under Arsene Wenger, Unai Emery and now Mikel Arteta.

Speaking as a pundit for ITV before Switzerland’s clash against Spain, Souness admitted he has never been convinced by Xhaka as he criticised the midfielder for getting himself suspended.

When quizzed on the discrepancy between Xhaka’s form for Arsenal and Switzerland, Souness said: ‘Don’t ask me.

‘This guy got booked 42 times in five seasons for Arsenal. At his age, you’d think he would learn not to get himself in trouble.

‘It was the same coming from German football he got booked there all the time. I’ve never fancied him when I’ve watched him at Arsenal, he never did it for me his decision making.

‘Yeah he was good enough on the ball but he neglected the basics at times for me.’

Xhaka appears to be edging ever closer to sealing a move to Jose Mourinho’s Roma this summer.

The Swiss has dropped several hints that he has made up his mind to link up with the ex-Spurs manager, but no agreement between the clubs has been found.