Pep Guardiola billed Jack Grealish as a big player for the big occasion as he gave the £100million man his first action of 2022 in a repeat of the Champions League final against Chelsea.

But the Premier League’s most expensive player continues to struggle living up to the hype and Saturday’s performance was a microcosm of his first season at The Etihad – satisfactory but nothing special. He’s certainly not the reason Pep Guardiola’s men stand 13 points clear at the top of the table.

For the most part, Grealish was snuffed out by Chelsea’s man-mountain Antonio Rudiger and fluffed his big moment after 40 minutes when Kevin De Bruyne’s interception bounced kindly into his path inside the penalty area. 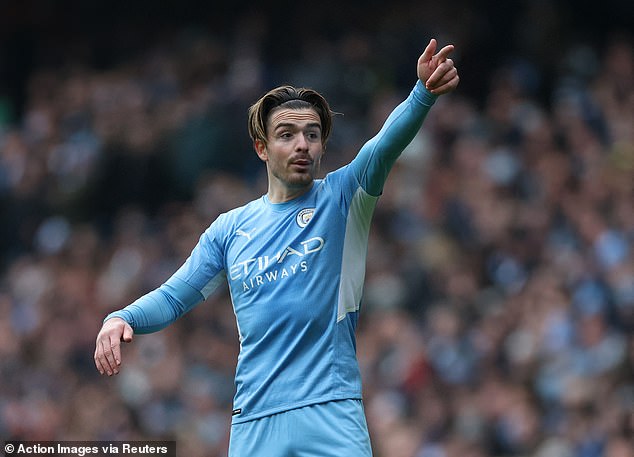 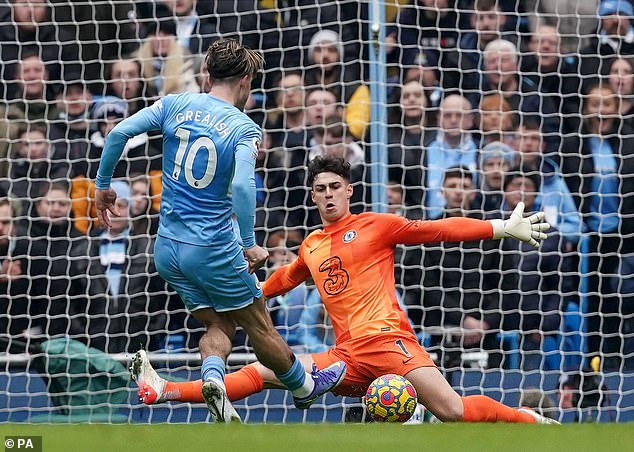 Grealish opened up his body and tried to sidefoot past Kepa Arrizabalaga but the angle wasn’t correct and Chelsea’s goalkeeper was able to divert for a corner with his outstretched left leg.

It left Grealish’s goal record at City standing at three in 21 matches, simply not good enough for someone who was the darling of England fans at the Euros last summer.

Indeed, his three strikes have come against Norwich, Leipzig and Leeds, matches that City won by an aggregate score of 18-3.

There have been a few off-field issues for Grealish throughout his career including at City where he and Phil Foden went out and got a reprimand from Pep Guardiola.

The 26-year-old must have felt relief at starting an important match between first and second and he, Foden and Bernardo Silva chatted with each other before the teams lined up, Grealish putting an arm on Foden’s shoulder as an older brother would.

This time it was Foden used as Guardiola’s false nine with Grealish wide left in a 4-3-3 – his favoured position. 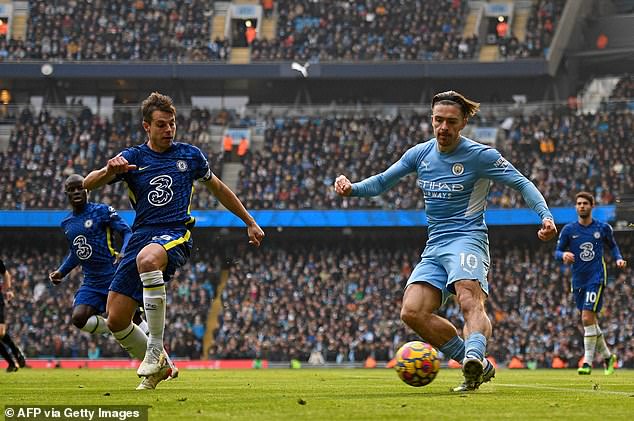 His problem was the imposing figure of Rudiger regularly coming across to help wing-back Cesar Azpilicueta to thwart danger.

Guardiola would have enjoyed Grealish’s work rate, particularly when he chased and forced Kepa to boot the ball against Azpilicueta for a corner. But City paid the big bucks for magic on the ball and it isn’t quite happening.

Too often, he played a simple pass inside, lacking the courage to take on Rudiger one-against-one.

City’s tactic was for Joao Cancelo to hit the ball down the left channel hoping for Grealish to get in behind the Chelsea back line but Kepa often nullified the threat as sweeper-keeper and Grealish didn’t have the raw pace to reach the ball first.

When he thought he was about to head in Raheem Sterling’s cross, Azpilicueta cleared with his own flick of the neck. 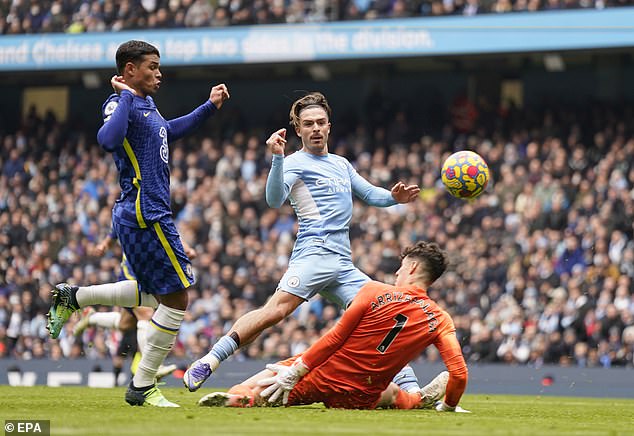 Grealish has only three goals in 21 games for City, scoring in what were easy wins for his side 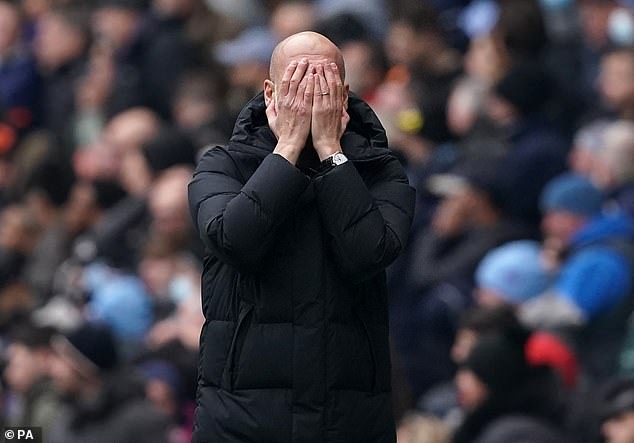 Pep Guardiola, who billed Grealish as a big player the big occasion, anguishes over the miss

He did respond to the miss creditably and at the end of half with a trademark wriggle inside the box before setting up Kevin De Bruyne. Unfortunately, the Belgian blazed over.

In the second period, Grealish was able to isolate Azpilicueta more often. He got to the byline on one occasion but there was no City striker to meet his cross as Sergio Aguero would have done.

Guardiola would have appreciated his willingness to keep going and on the ball he was able to draw free-kicks, two fouls by Rudiger and Azpilicueta in quick succession giving De Bruyne a great free-kick opportunity. 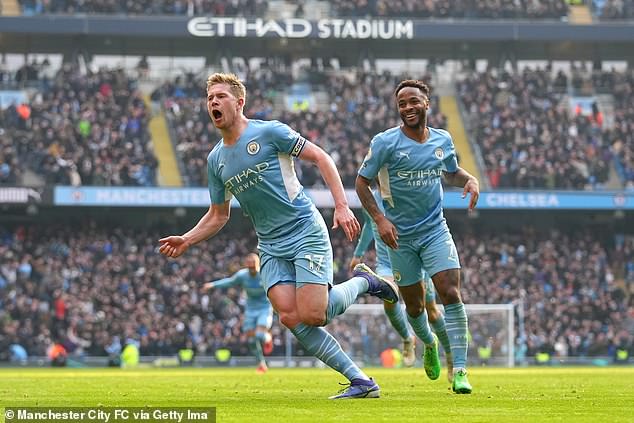 Kevin de Bruyne scored the only goal of the game, his strike coming from Grealish’s left side

It summed up Grealish’s time at The Etihad that the winning goal was scored on his left side – but he had nothing to do with it. Cancelo played in De Bruyne and the Belgian showed Grealish how to deliver end product, curling a beauty past Kepa.

Grealish will have been pleased to stay on for the full 90 minutes – moving more centrally after Foden had been substituted – but the excitement that greeted his arrival at The Etihad hasn’t yet been fulfilled.

It does take some players time to find their feet under the Guardiola regime – Riyad Mahrez is a prime example. But while Grealish is the most expensive player in the City squad, he is not the game-changer yet