Just before he returned to take his place in the dugout for the second half, Pep Guardiola wanted a word with his £100million playmaker.

Jack Grealish had flickered in the first half without ever really sparking into life. He had been on the wrong end of a couple of marginal refereeing calls and after reacting angrily, was booed by the home crowd every time he touched the ball.

Guardiola was animated as he spoke to Grealish, gesturing wildly this way and that as he tried to explain what he wanted from the 27-year-old. And within five minutes of the restart, Grealish had made his mark to win Manchester City the game. 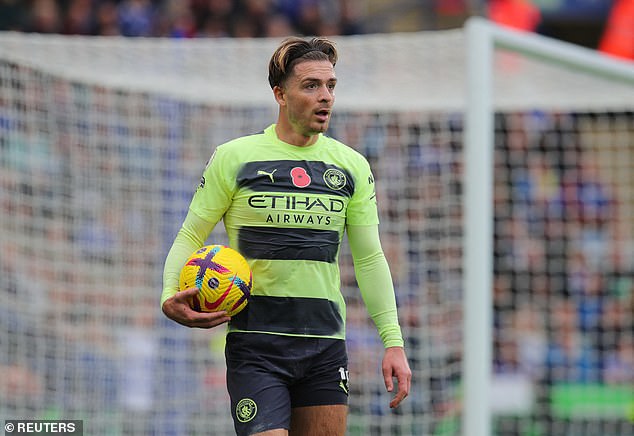 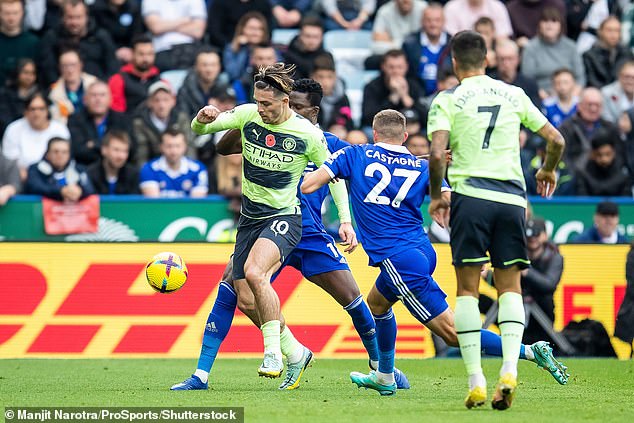 Collecting the ball inside his own half, Grealish drove at the Leicester defence and swept past a couple of challenges. As he approached the edge of the penalty area, he was tripped by Leicester substitute Nampalys Mendy and Kevin De Bruyne did the rest, firing a sublime free-kick over the wall and in off the post.

This was Grealish at his best, the Aston Villa version of Grealish who bewitched Guardiola and persuaded City to pay a British record fee. This is the Grealish England fans want to see next month in Qatar.

At his best, Grealish delivers against the strongest teams. In tight World Cup knockout matches, such flashes of magic can make the difference between progressing to the next round and catching the next plane home. 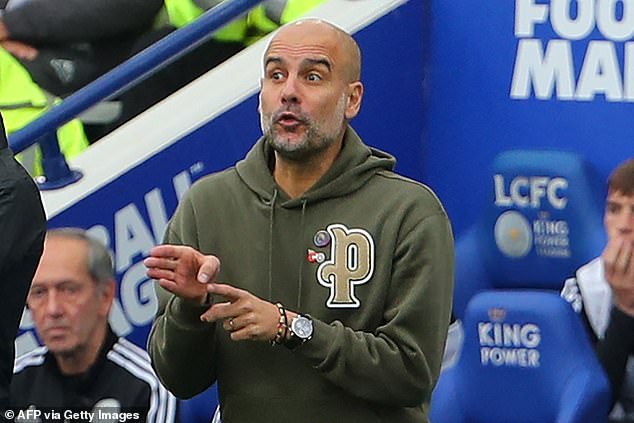 Leicester are not at that level, of course, yet until Grealish took matters into his own hands, they did not look in particular danger against the champions.

Wout Faes was performing superbly at the heart of the Foxes five-man defence and in goal, Danny Ward was having one of his best games for the club after a shaky start to the campaign. While City were not exactly out of ideas, it was not easy to see where the breakthrough would come.

The pity is that we have seen relatively little of these moments from Grealish since he left Villa in summer 2021. At his boyhood club, the whole system was set up to allow Grealish to do as he pleased. He was never going to enjoy such freedom at City, though it would still be nice to see him allowed off the leash a little more. 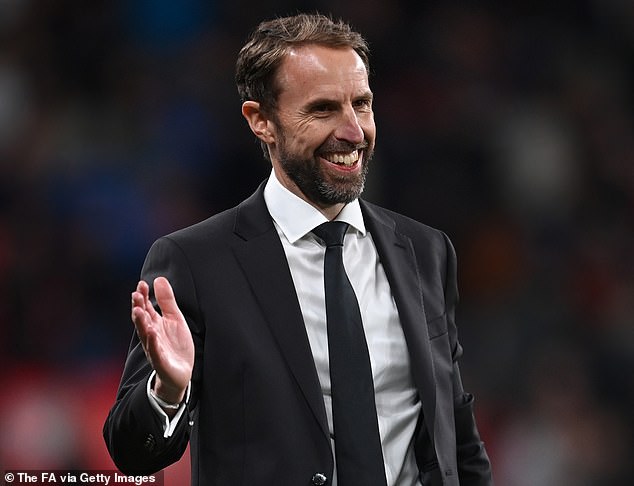 On three occasions in the first half, Grealish had the ball and was faced by two opponents. Pre-City Grealish would have tried to take them on. This edition stepped inside and played the ball to his full-back Joao Cancelo.

This is not Grealish’s fault. He is presumably following instructions and, given City’s phenomenal success under Guardiola, who can argue with the Catalan’s methods?

For the romantics, though, for those who enjoy watching players improvising and running at their opposition, Grealish’s match-winning contribution was a delight. There is surely much more to come in the months ahead.