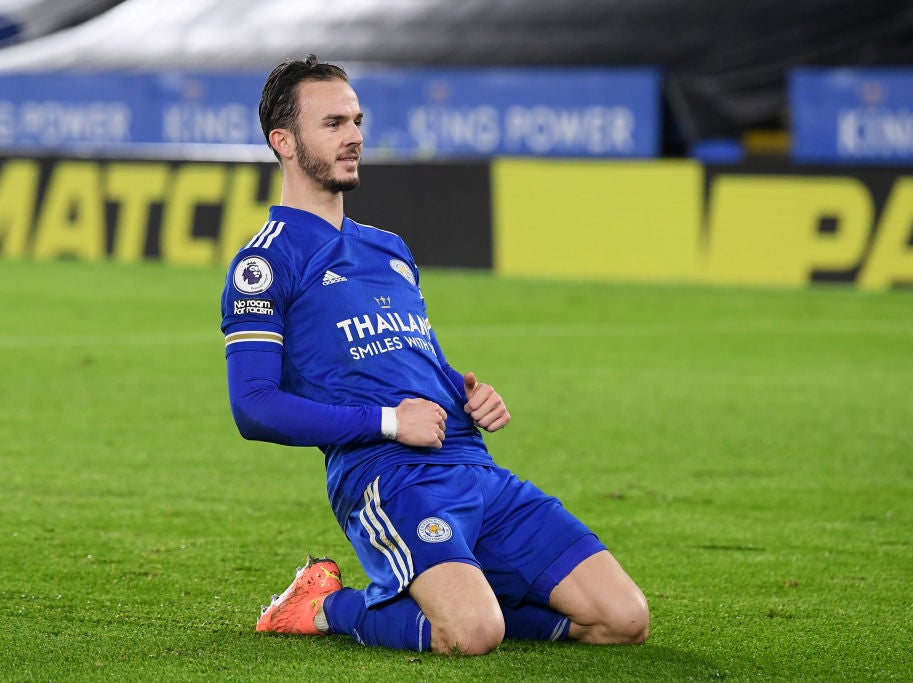 Before that, Wilfred Ndidi and Maddison should both have worked Mathew Ryan but failed to hit the target, before Marc Albrighton stung the palms of the Brighton keeper.

After a frenetic first 10 minutes, the game settled. However, Leicester looked lively again as the midway point of the first half approached and a good spell of pressure resulted in the opening goal.

Maddison dragged another effort wide and Vardy cracked a shot against a post from a tight angle after the ball bounced loose inside the Brighton box.

The Foxes took the lead after 27 minutes when James Justin’s cross eluded Vardy and the ball dropped nicely for Maddison, whose shot looked to take a deflection past Ryan.

It would have been 2-0 had Ryan not got down quickly to make a brilliant save to deny Ayoze Perez from Justin’s cutback. 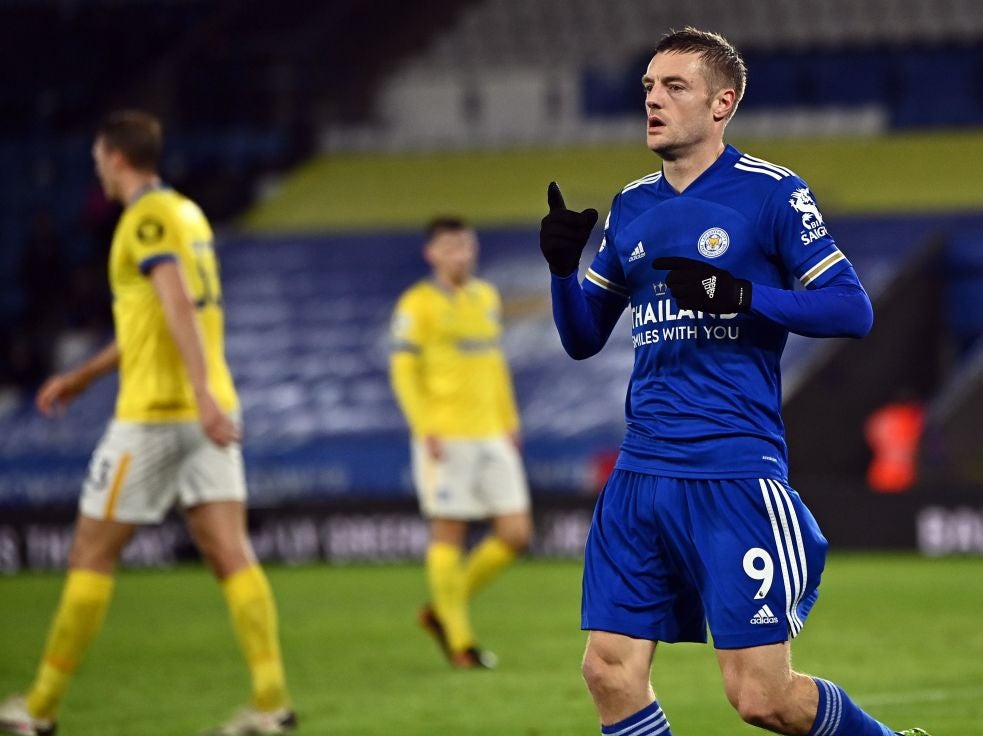 Jamie Vardy gets on the scoresheet

Lewis Dunk twice caused Leicester problems at set pieces in quick succession but each time he directed his header over the crossbar as Brighton looked for a response.

The Foxes got their second goal after 41 minutes. Vardy was on hand to tap home Justin’s low cross from close range, with his 12th goal of the season surviving a VAR check for offside.

The hosts were rampant and Maddison added a third goal before half-time, twisting and turning just inside the penalty area before creating a yard of space for himself to bend a left-foot shot into the far top corner of the net.

The second half lacked the entertainment of the first as Brighton perhaps went into damage limitation mode and Leicester lacked the same urgency, with their three-goal cushion.

Neal Maupay’s looped shot after an hour provided some easy work for Schmeichel while at the other end Ryan was called into more pressing action 10 minutes later to make a fine save to deny Christian Fuchs.

Ndidi’s driven effort cleared the crossbar late on and there were no further goals at the King Power Stadium, with Leicester doing all the damage in the first half.

Brendan Rodgers’ side moved up to third in the Premier League table, just a point behind both Tottenham and Liverpool. Brighton are two points above the bottom three after only one win in 10 league matches.