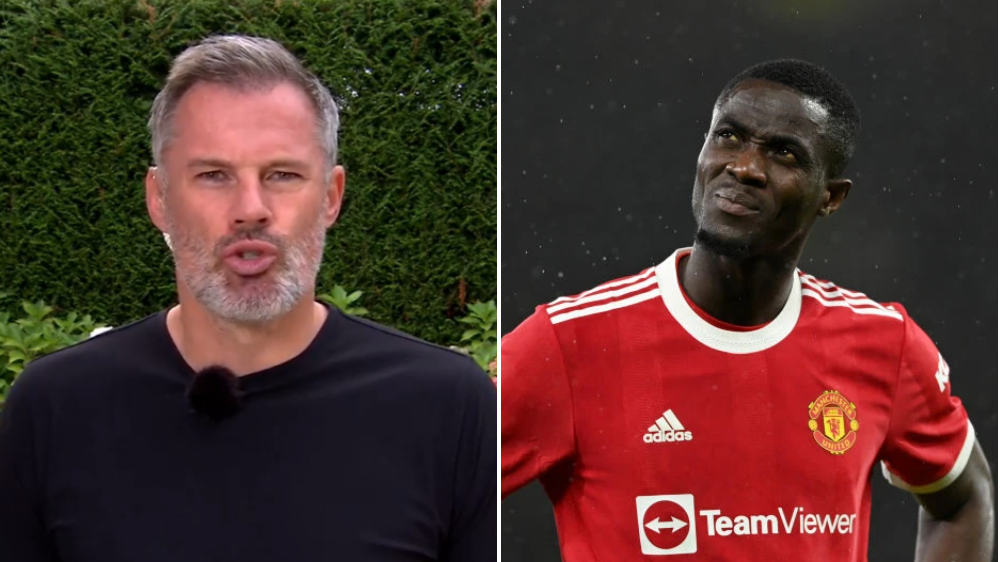 Jamie Carragher has hit out at Eric Bailly after the Manchester United loanee took a swipe at Harry Maguire by accusing the Premier League club of ‘favouring’ English players in team selections.

Bailly made just seven appearances for United last season and was sent on loan to French side Marseille over the summer.

‘The club should avoid favouring English players and give everyone a chance,’ Bailly told The Times.

‘[The club should] encourage competition in the dressing room, not just look out for some. I’ve always had the feeling that the national player was prioritised.

‘That doesn’t happen at Chelsea or other big Premier League clubs. Some people take it for granted that they are going to start, and that weakens the team.

‘Luckily [Erik] Ten Hag has a lot of character and I hope he can change that dynamic. I met Erik Ten Hag in the dressing room at the end of last season when he went to sign his contract.

‘I was packing my things because my intention was to leave, but he told me he wanted me to stay because he was going to give minutes to everyone.

‘I agreed to do the summer tour with United, and he kept his word, but I don’t want to play every now and then. I want to do it every week and feel important. I want to get my confidence back.’

But former Liverpool and England defender Carragher has called Bailly’s comments ‘absolute nonsense’ and says the defender did not play at United because he was ‘injured consistently and poor’ when he was fit.

‘Absolute nonsense, Eric Bailly has been injured consistently and poor when he has played,’ Carragher wrote on social media.

‘That’s why they keep buying players to replace him! Harry Maguire is a better player.’

In April, Bailly aimed another dig at Maguire by endorsing a comment on Instagram from a fan who urged interim manager Rangnick to drop United’s captain.

In Maguire’s absence, Lisandro Martinez and Raphael Varane have established a promising centre-back partnership and helped United win four games in a row.