Jamie Vardy ended his two-month goal drought as Leicester tightened their grip on a Champions League spot by breezing past West Brom.

Striker Vardy, who had not netted in his previous 11 games, kick-started a 3-0 win to help push the Baggies closer to the drop.

They have just six games to save themselves but look destined to return to the Championship after a first-half rout at the King Power Stadium.

Still buoyant after reaching their first FA Cup final for 52 years on Sunday, the Foxes should have gone ahead after three minutes.

Conor Townsend’s mistake allowed Iheanacho to run clean through but the forward – with 12 goals in his previous 12 games – took a heavy touch which allowed Sam Johnstone to force him wide.

The goalkeeper eventually blocked the shot and the Foxes nearly paid the price shortly after. Wesley Forfana’s poor head fell kindly for Matheus Pereira who calmly found Diagne six yards out, only for the striker to completely miss his kick.

Leicester survived and took charge with two quick strikes as Vardy ended his long wait for a goal after 23 minutes. Youri Tielemans’ pass split the Albion defence for Timothy Castagne to run clear and find Vardy to finish for his 15th of the season but just a second goal in 20 games.

Three minutes later it was 2-0 when Callum Robinson deflected Tielemans’ corner perfectly for Evans to hammer home a header from six yards.

The Foxes threatened to run riot and James Maddison sent Castagne away but the left-back drilled against the post before Maddison tested Johnstone from distance.

The Baggies were remarkably open, reminiscent of when they conceded 19 goals in Allardyce’s first five home games, and Leicester wrapped the game up nine minutes before the break. 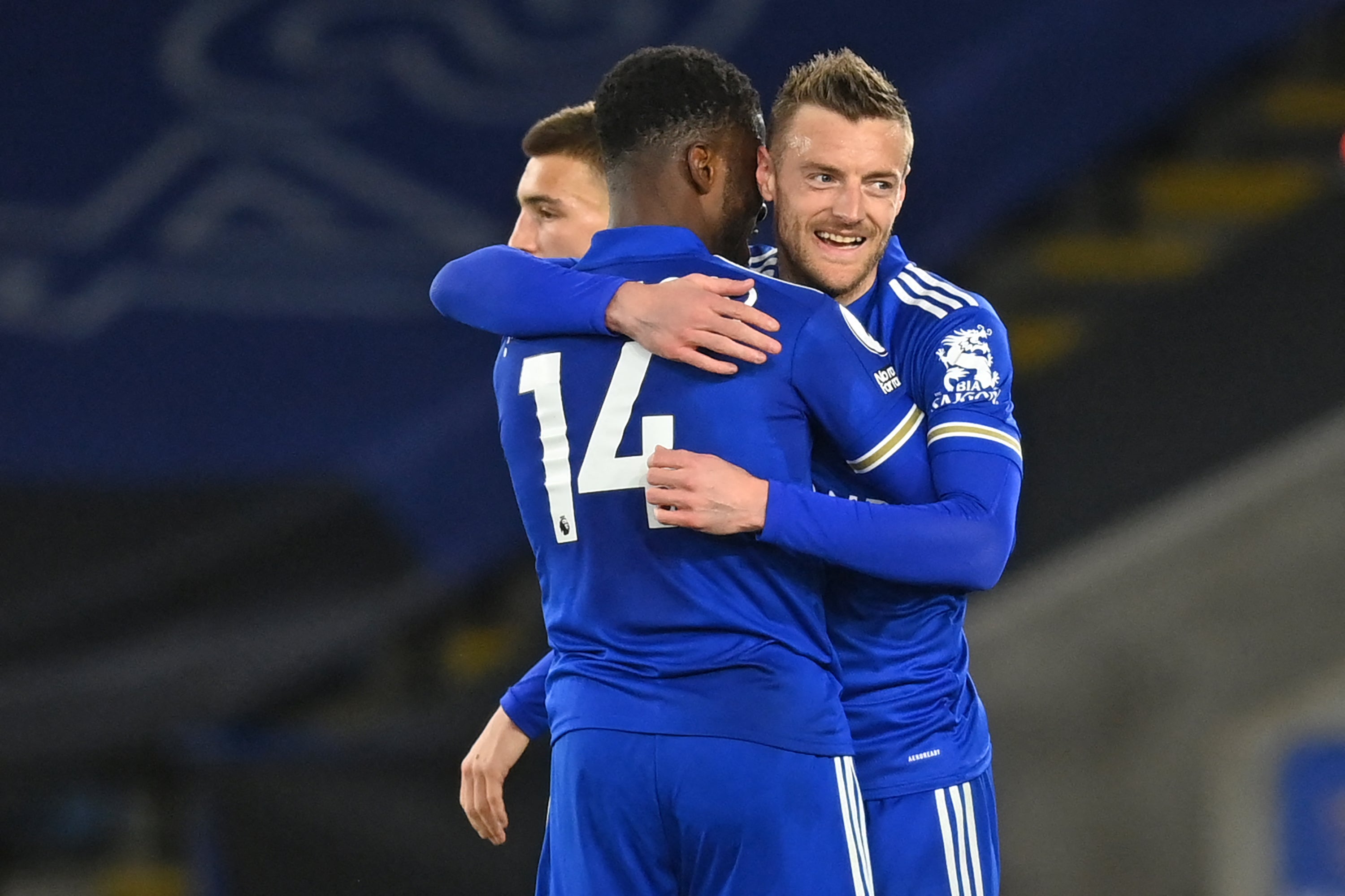 Vardy glided past Townsend to tee up Iheanacho who continued his hot streak by firing into the roof of the net.

It came seconds after Pereira’s corner hit the top of Leicester‘s bar but there was no way back for West Brom.

Nigeria international Iheanacho blazed over soon after while Matt Phillips drove at Kasper Schmeichel in a rare Albion opening.

The Foxes had blown the visitors away and they continued to hound the Baggies after the break with Dara O’Shea deflecting Iheanacho’s drive over.

Albion at least tightened up to deny Leicester more space but they lacked any intensity to fight their way back.

Vardy, though, almost embarrassed Phillips with 19 minutes left when the winger left Evans’ clearance to roll out.

The ball stayed in and Vardy tried to catch out Johnstone from 40 yards but his strike trickled wide.

Iheanacho was denied a second when Johnstone saved his free kick with 10 minutes left but Leicester inched closer to a Champions League return with Albion heading for the Championship.