Jason Cummings FINALLY receives AC Milan shirt from Olivier Giroud as footballers patch things up after World Cup misunderstanding as Socceroos star admits: ‘Your English is better than my French!’

Jason Cummings has finally taken delivery of a shirt from France striker Olivier Giroud as the footballers settled their row that erupted at the World Cup.

Australia star Cummings claimed that Giroud ‘pretended he couldn’t speak English’ when he approached the Frenchman for his shirt following their group game in Qatar last year.

However, Giroud later revealed that he had already promised to give his jersey to Cummings’s teammate Jackson Irvine after the Socceroos’ 4-1 defeat. 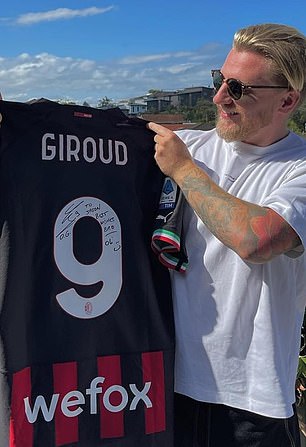 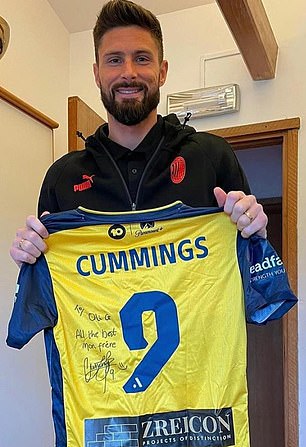 Central Coast Mariners star Cummings then disclosed that he and Giroud had patched things up over Instagram following the misunderstanding, and that they were in the process of sending shirts to one another.

And now Cummings has got his hands on Giroud’s AC Milan shirt, as the Socceroos posted an image of the 27-year-old holding the top, as well as the former Premier League striker holding a Mariners jersey.

‘What a legend @_OlivierGiroud. Finally got my hands on your jersey haha. Your English is better than my French mon frère.

‘Top man and all the best for the season. Enjoy the Vegemite bro’.

Reflecting on the row just before Christmas, Cummings insisted that it was a storm in a teacup. 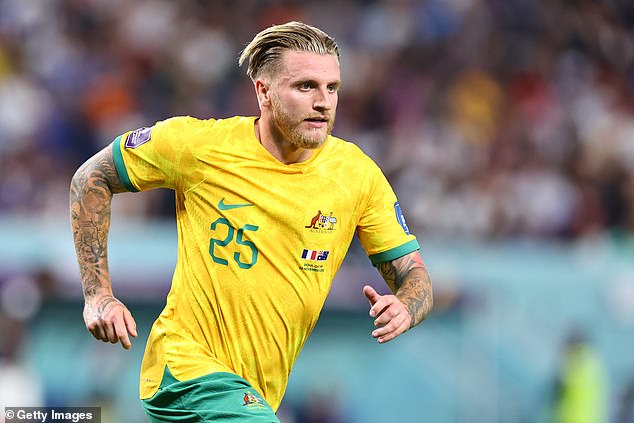 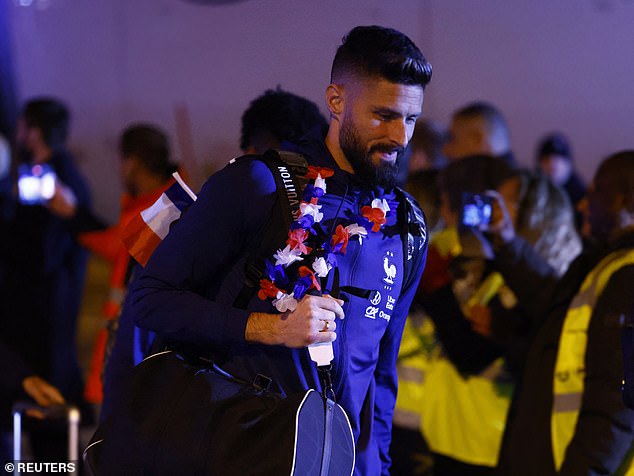 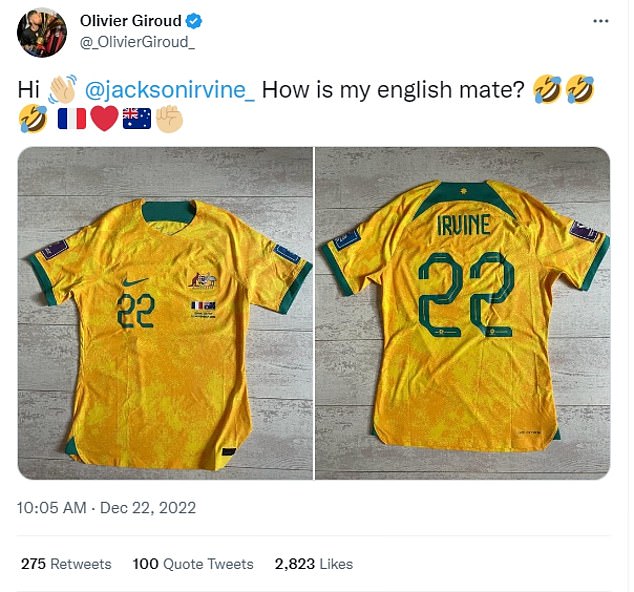 ‘It was kind of twisted a wee bit where people thought Giroud told me he didn’t speak English. That wasn’t the case,’ Cummings told The Saturday Morning Mowers Club.

‘But it’s all been resolved now. I actually woke up to a message yesterday from the main man himself, Oli G, Olivier Giroud. He actually messaged me on Instagram and it turns out he’s a great bloke.

‘He has offered to send me an AC Milan jersey and he has said sorry for the misunderstanding and stuff.

‘It shows he is actually a good bloke. I said I am going to send him a Mariners jersey. It turns out that we’re actually best mates now. So I got the last laugh.’