Former Dundee United manager Jim McLean died on Saturday aged 83; McLean delivered 14 consecutive seasons of European football at Tannadice between 1977 and 1991; his reign is best remembered for the 1982/83 title-winning campaign 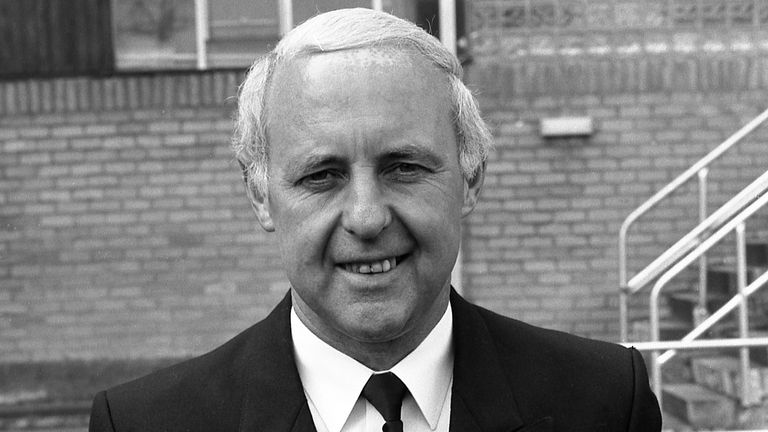 We Scots have produced a number of top-class managers; Jock Stein, Matt Busby, Alex Ferguson, Bill Shankly, Walter Smith and Kenny Dalglish spring to mind and I think everyone would agree Jim McLean would easily be recognised in that same company given what he accomplished at Dundee United.

He died on Saturday night at the age of 83 after a long battle with dementia. In my view, he was cut from the same cloth as Sir Alex and had the ability to achieve as much as Manchester United’s most successful leader, but he chose to remain on Tayside despite several attempts to lure him elsewhere.

It will surprise no one in Scotland to learn Sir Alex has paid his own tribute to “his biggest adversary”. Ferguson, of course, went on to create a remarkable success story at Old Trafford and McLean was capable of doing something similar, but he remained loyal to the one and only club he managed.

When Stein took Scotland to the World Cup in Spain in 1982, he had the choice of either McLean or Aberdeen’s Ferguson to be his assistant.

Years after his retirement, McLean admitted he was crazy to stay on Tayside all those years to the detriment of his potential earnings as well as his career and recognition beyond Scotland.

But he insisted it was the right decision for his family.

I signed for Motherwell as a professional in 1984 when Dundee United had won the Scottish Premier League a year earlier and remember Rangers and Newcastle desperately trying to entice him away from his beloved Dundee United.

At that time, winning points against either Aberdeen or Dundee United teams managed by Ferguson and McLean were much tougher than getting a result against Celtic and Rangers.

Remember, Aberdeen beat Real Madrid in the European Cup Winners’ Cup of 1983, the same year Dundee United had come out on top of an extremely high level of competition when winning the league title.

Imagine the sheer joy and anticipation of being a Dundee United fan at this time as they took on the cream of Europe and managed to get to the semi-final of the European Cup.

While Liverpool were drawn against Dinamo Bucharest and won home and away, Dundee United were handed the tougher draw against Roma, who were to host the final at the Stadio Olimpico in Rome. 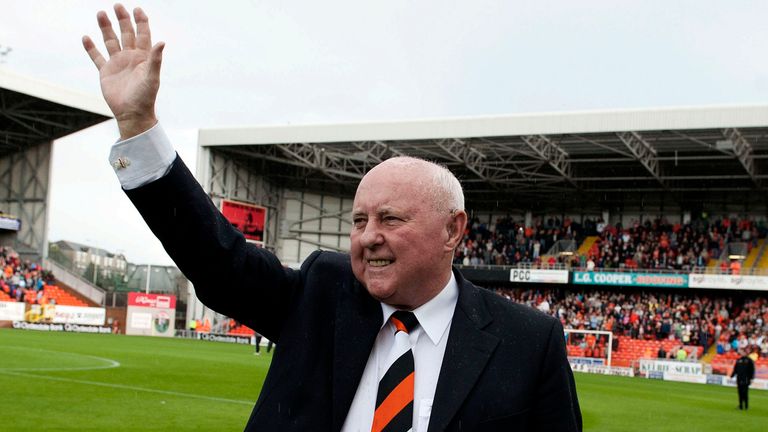 After winning the first leg at Tannadice 2-0, Dundee United were favourites to get to the final against an all-conquering Liverpool side.

It seemed as though Dundee United had collapsed in the second leg, losing 3-0. But it was only years later that a Roma director admitted his club had paid the French referee ahead of the game ensuring that some dubious decisions went for the Italians.

The infamous scenes at the end of the game when various Roma players were abusing and spitting on McLean as well as his assistant Walter Smith were disgraceful.

There’s no question that Dundee United had the players to give Liverpool a game. David Narey, Paul Hegarty and Paul Sturrock could easily have played for any of the top clubs in England in that era, but in a sign of the times, they too stayed for most of their days on Tayside.

Under McLean, Dundee United regularly overachieved in Europe. Victories over Monaco, Borussia Monchengladbach, PSV Eindhoven and Werder Bremen were the norm, but they would surely fall foul when arguably the biggest club in the world were paired with Dundee United in the 1987 UEFA Cup?

And as a Motherwell player, I simply had to travel to Tannadice when U were drawn to play Barcelona. With Gary Lineker and Mark Hughes in their side, Dundee United beat them 1-0 with a goal from Kevin Gallagher and unbelievably also won the second leg 2-1 two weeks later in the Nou Camp.

Results like that were commonplace for Dundee United under McLean’s guidance, where his attention to detail, tactical knowledge and ability to set up his team in a counter-attacking style was way ahead of its time. He made good players even better and more effective.

I almost joined Dundee United in 1987 when I travelled to Tannadice to speak to McLean when he expressed an interest in taking me from his brother Tommy at Motherwell. He wasn’t there in person and I was somewhat surprised to hear him barking down the phone from California, insisting that I live in Dundee before offering me an eight-year contract!

I politely refused his offer and signed for Celtic instead, but one of the most extraordinary legacies that McLean will leave is his strained relationships with some former players.

I was invited to a Dundee United Hall Of Fame dinner five years ago when McLean was the guest of honour. He was clearly unwell and a shadow of his former self as I sat with a few of that famous side of the early 80s who had enjoyed so much success under him.

But I quickly learned that others had refused to attend as their relationship had soured over the years and they had lost respect for their former manager.

Football was such a different game then to what it is now. Clubs could hold on to your registration and put players out of the game indefinitely. McLean was known as a strict disciplinarian and fell out with more than a few players.

But to every Dundee United fan, he was a genius – He led them to extraordinary success, the likes of which we’ll never see again.