Joachim Low will stay on as Germany head coach after crunch talks with the German FA on Monday.

The 60-year-old met with various members of the DFB hierarchy, including president Fritz Keller and team director Oliver Bierhoff, at the DFB headquarters in Frankfurt-am-Main.

Low’s position came under scrutiny during the last international break when his side were thrashed 6-0 by Spain in Seville.

“The members of the Executive Committee agreed that what counts is the high-quality work of the coaching staff, the intact relationship between the team and the coach and a clear concept for the previous and future procedures,” a DFB statement read.

“A single game cannot and must not be a yardstick for the general performance of the national team and the national coach.

“Joachim Low continues to have the trust of the DFB Presidium.”

Low’s contract as head coach runs until the 2022 World Cup in Qatar.

He has spent the past 14 years in charge of Germany, taking over from Jurgen Klinsmann after the 2006 World Cup played on home soil, winning a World Cup in Brazil in 2014. 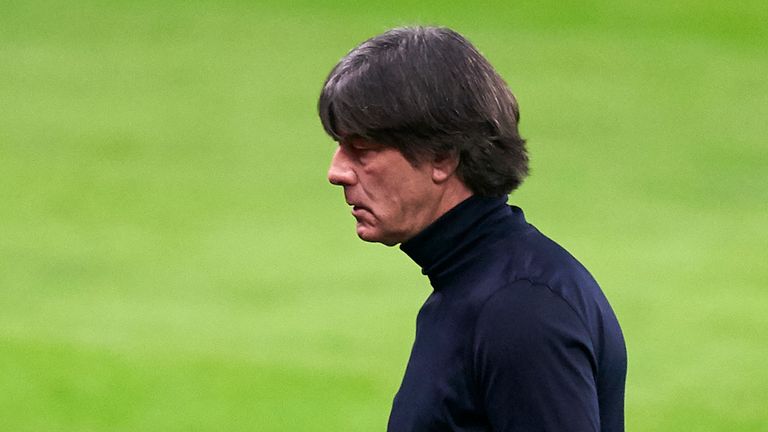 He was unable to produce the same result at the 2018 World Cup as Germany surprisingly crashed out in the group stage.

Low’s side are in Pot 1 for the 2022 FIFA World Cup qualifying draw, which takes place in Zurich on Monday 7 December.

He will lead Germany at the rescheduled Euro 2020 where they play France, Hungary and Portugal in Group F, they are set to have home advantage as all three games are due to be staged in Munich.