Dean Smith rightly took all the plaudits as he got his reign as Aston Villa head coach off to a winning start, but you couldn’t fail to notice he wasn’t the only new face on the home bench.

A 1-0 win over Swansea was the perfect start for the boyhood fan who used to stand on the Holte End and his impact appears instant. As too, does John Terry’s.

Last year’s skipper, announced as part of Smith’s backroom team alongside Richard O’Kelly following the sacking of Steve Bruce, still hadn’t managed to replace the white boots he was mocked for in his first training session this week. His Nike Tiempos were easy to spot during the pre-match warm up, but there were other issues he was able to sort. 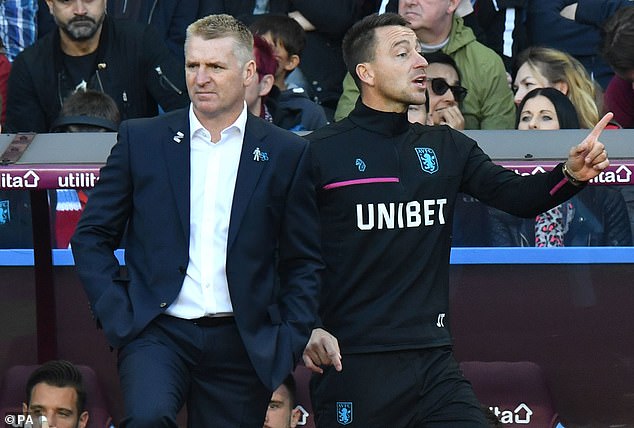 Villa have been struggling defensively this season, keeping just one clean sheet all season. Only Preston had conceded more in the league before Saturday’s sell-out in front of a re-invigorated faithful.

He took aside the four defenders before kick off to conduct tailored drills to instil an understanding between them. Terry oversaw left back Neil Taylor and left-sided centre back James Chester working together before drawing them all in to relay one last bit of advice.

Asked about his new side’s difficulties at the back, Smith admitted: ‘That’s definitely one thing we’ve had to work on.

‘We’ve worked on winning the ball back and hunting it back a little bit quicker than they were used to. 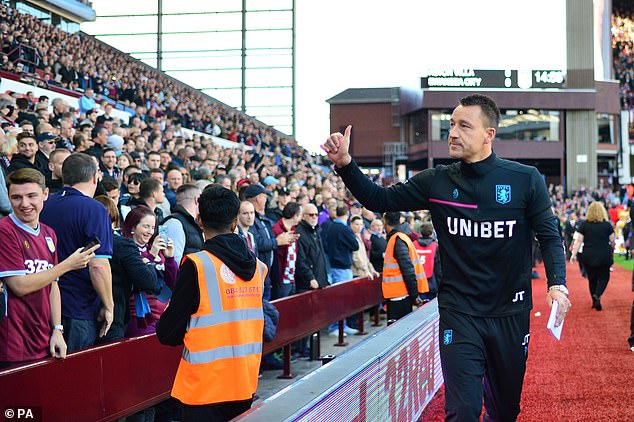 ‘John Terry has had a big input.

‘We’ve worked hard on defending without the ball and defending our penalty box.

‘JT has worked with us. He’s been at the top level and international level so he certainly knows his stuff.’

Despite his stint at the club last season having only been brief, his affinity with it, and its supporters, is clear.

He was given a huge reception from the Holte End as he made his way down the tunnel after the warm up, stopping briefly to turn and applaud them.

When passing the line of old Villa faces who had appeared pitchside for the tribute to the late Sir Doug Ellis, Terry stopped for handshakes, as well as a hug and quick word with Lee Hendrie. 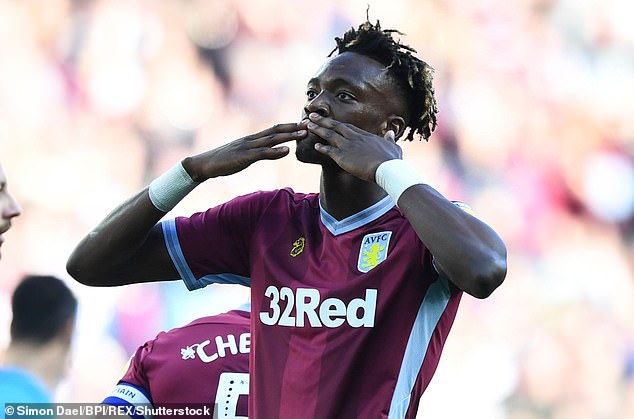 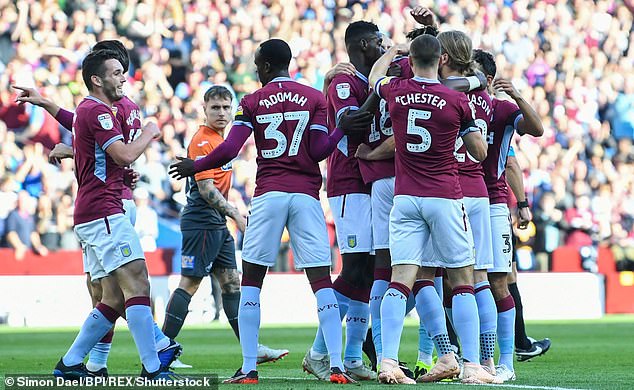 He acted the perfect deputy, only stepping into the technical area late in the game to slow the clock down when his side needed – tucking the ball under his arm and fending off Swansea goalkeeping coach Adrian Tucker.

At full-time he headed straight for the tunnel, allowing Smith to take in the acclamation on his own, affording himself a clenched fist in celebration towards the Trinity Road stand as he headed down the touchline.

But make no mistake, insists Smith, the 37-year-old is here in a much bigger capacity than just a cheerleader.

‘No, he coaches,’ said the former Brentford boss when asked about Terry’s motivational skills. 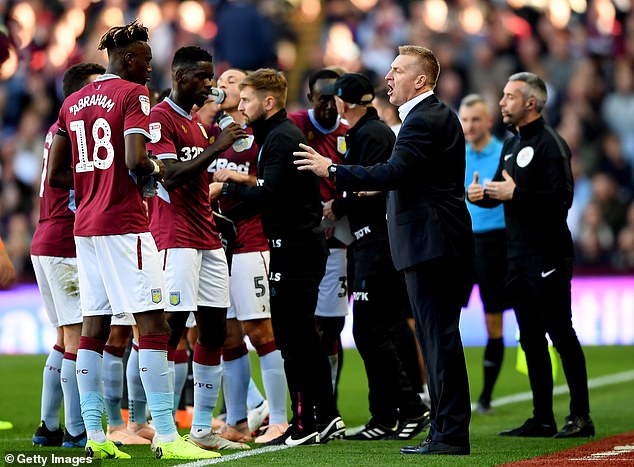 ‘He passes on tips that he has learned in the game.

‘We’ve worked very well together and hopefully that will continue.’

While one Chelsea old boy is helping shore things up at the back, another could prove key in firing them up the table.

Tammy Abraham, who was in the players’ lounge with team-mates watching his parent club against Manchester United before kick off, grabbed the only goal of the game with his seventh minute header, his third in three.

In truth, he could have had a hat-trick, but Smith was still suitably impressed.

‘He’s a handful, and he’ll know better than me that he should be walking a way with the matchball tonight,’ he said. ‘But he scored the winning goal, he’s a hell of a talent.’