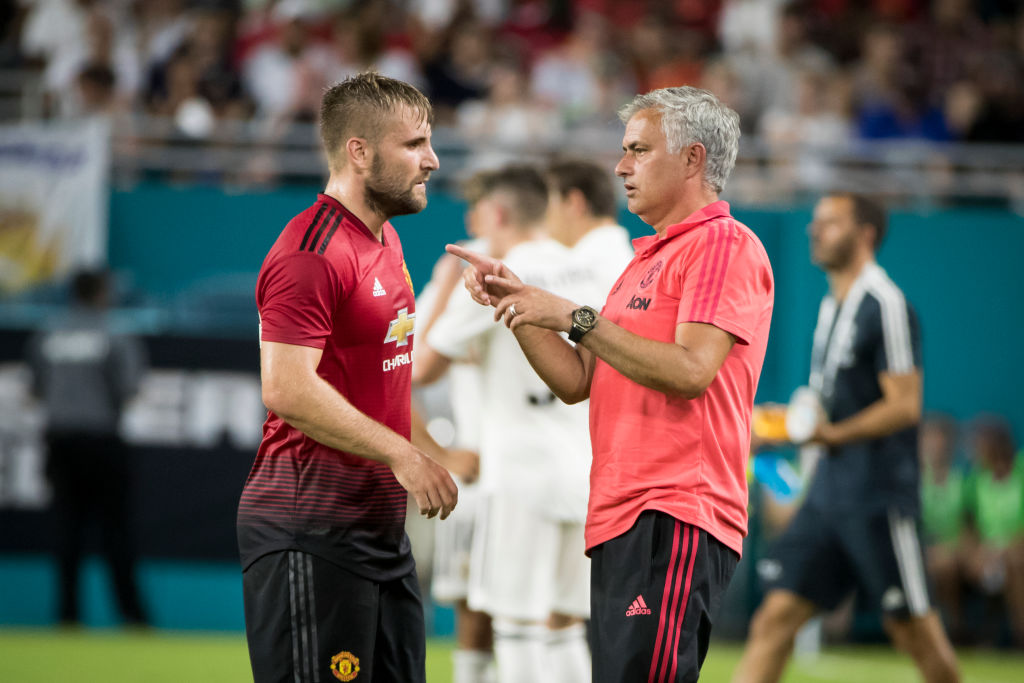 Former Manchester United boss Jose Mourinho set aside recent hostilities to praise England star Luke Shaw after the Three Lions booked their place in the semi-finals of the European Championships.

Shaw provided two assists as Gareth Southgate’s men swept Ukraine aside in a comprehensive 4-0 win in Rome on Saturday night.

Mourinho and Shaw clashed during the Portuguese’s two-and-a-half years at Old Trafford, which very nearly resulted in the left-back leaving the Theatre of Dreams.

It wasn’t until Ole Gunnar Solskjaer’s arrival that United have seen the best of Shaw, with the defender now widely recognised as one of the best full-backs in the world.

Shaw was forced into responding to Mourinho last week after the now-Roma boss took another swipe at him, with the Portuguese coach criticising Shaw’s set piece taking.

Shaw responded in the perfect way last night by putting a cross on the head of Harry Maguire to put England two-up against Ukraine.

And even Mourinho was forced into praising Shaw after last night’s display, admitting that the defender has made major improvements to his game in recent times.

‘I think the back four with the amazing Euros that both central midfielders are doing is more than enough to control Denmark offensively. And then you have four players to decide the creativity of the game.’

England will now take on Denmark at Wembley in the semi-finals on Wednesday and they’ll face the winners of Spain vs Italy next Sunday should they progress.

The Three Lions last reached the last four of the competition in 1996, when they were knocked out by Germany on home soil.

Mourinho was in bullish mood about England’s chances, suggesting Southgate’s men will go all the way.

‘England are confident, they feel it is probably coming home, so a big semi-final at home,’ said the Roma boss.